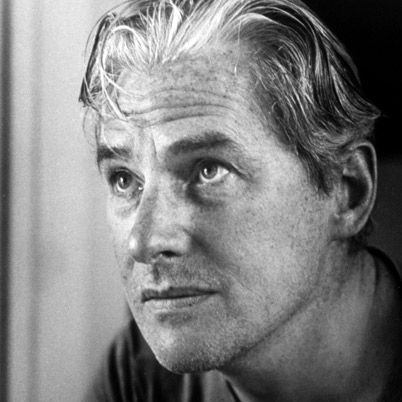 Who Was Willem de Kooning?

Willem de Kooning stowed away to the United States in 1926 and settled in New York City. While working in the commercial realm, de Kooning also was developing his artistic style, exploring both figure painting and more abstract subjects through the 1930s. By the 1940s, those two main tendencies seemed to fuse perfectly, notably in Pink Angels. De Kooning became known for his depiction of women, and women would dominate his paintings for decades. Later in life, de Kooning explored landscapes and even sculpture, before Alzheimer's disease made it impossible to continue on. He died in 1997 at age 92.

Born in Rotterdam, the Netherlands, in 1904, Willem de Kooning embraced the artistic path at a young age, dropping out of school when he was 12 to begin an apprenticeship in commercial design and decorating. During this period, de Kooning took night classes at the Rotterdam Academy of Fine Arts and Techniques, and in the midst of his education, at age 16, he landed his first job in the industry, working with the art director of a large department store.

In 1926, de Kooning stowed away on a ship bound for the United States, where he jumped from various jobs in the Northeast until he eventually settled in New York City. While he worked for several years in commercial art and was not able to dedicate himself to his creative pursuits, de Kooning did find a like-minded group of artists in New York who encouraged him to paint for himself.

Around 1928, de Kooning began painting still lifes and figures, but it wasn’t long before he was dabbling in more abstract works, clearly influenced by the likes of Pablo Picasso and Joan Miró. As a young artist, he would have an unbeatable opportunity in 1935, when he became an artist for the federal art project for the WPA (Works Progress Administration), through which he created a number of murals and other works.

In 1936, de Kooning’s work was part of a Museum of Modern Art (MOMA) exhibit titled New Horizons in American Art, an early career highlight, but the following year his job with the WPA came to an abrupt end, when he was forced to resign because he was not an American citizen. Soon after, de Kooning began a series of male figures, including Seated Figure (Classic Male) and Two Men Standing. Also during this period, de Kooning hired an apprentice, Elaine Fried, and she would sit as a female subject for such works as Seated Woman (1940). That would be the artist's first major painting of a woman, and he would go on to be chiefly known for his decades-long work in depicting women in his paintings. Married in 1943, de Kooning and Fried would have a fiery, alcohol-soaked life together before separating in the late 1950s for nearly 20 years. In the mid-1970s, they would reunite and remain together until her 1989 death.

Artistically, de Kooning kept on with his figure work while branching out into more abstract work as well, a notable example of which is The Wave. The abstract works began to reveal the presence of human forms within them, and his two artistic approaches merged in 1945’s Pink Angels, one of his first significant contributions to abstract expressionism. He he would quickly become a central figure in the movement.

In 1948, de Kooning would have his first solo show, at the Charles Egan Gallery. Also during this period, he joined academia, briefly teaching at Black Mountain College in North Carolina and at the Yale School of Art.

In 1961, de Kooning became an American citizen and settled in East Hampton, New York. He continued working through the 1980s, but the onset of Alzheimer's disease destroyed his memory and impaired his ability to work. After his wife died in 1989, de Kooning’s daughter cared for him until his death in 1997, at age 92.

In 2018, a New York art dealer named David Killen revealed the discovery of what he believed to be were six de Kooning paintings from a New Jersey storage locker. Killen said he purchased the contents of the locker from the studio of an art conservator, and subsequently had the unsigned paintings evaluated by an expert. With an untitled work from the artist selling for more than $66 million in 2016, Killen noted that he was "ready for membership in the million-dollar club."