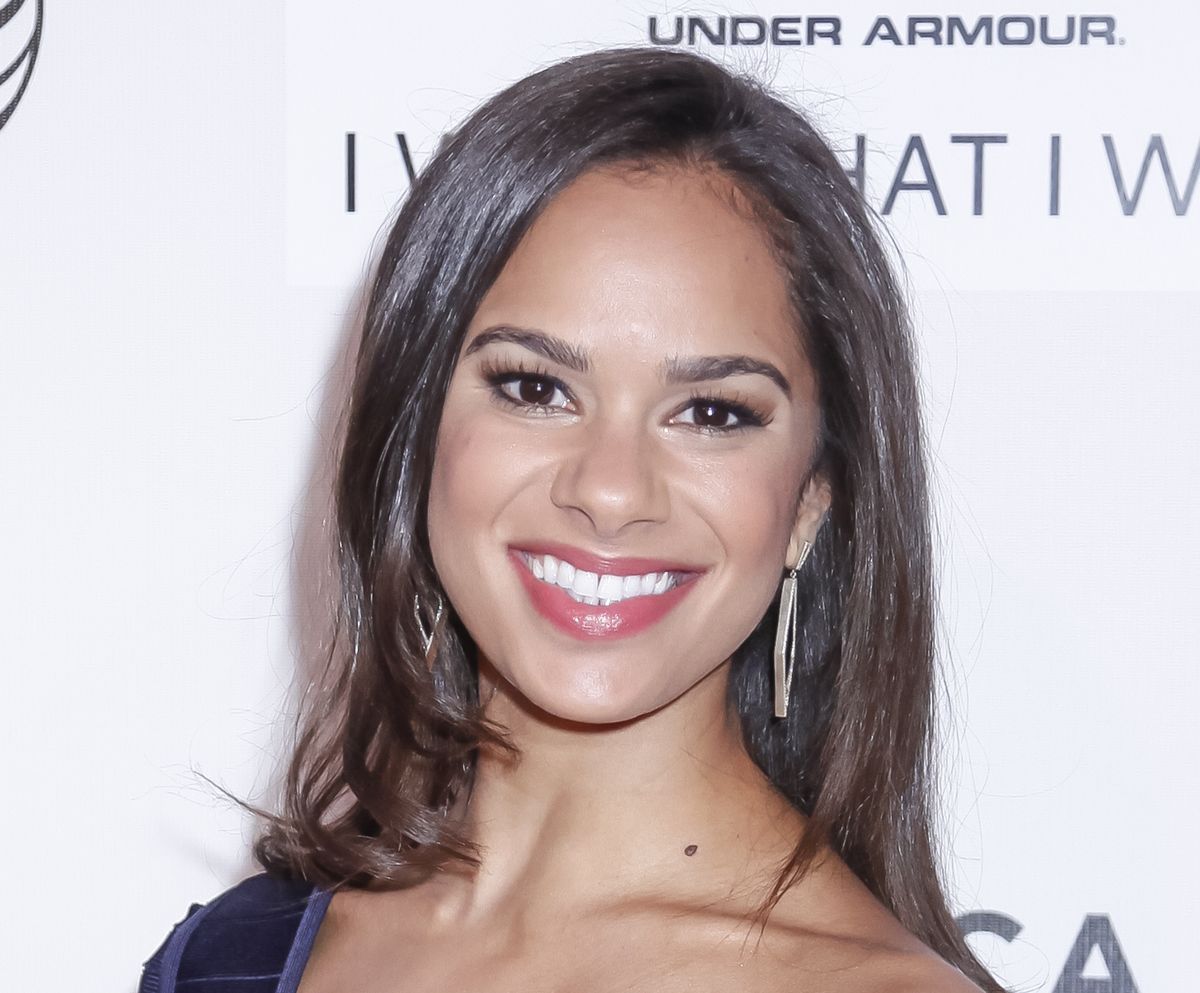 Who Is Misty Copeland?

Misty Copeland endured a tumultuous home life to find her way to dance, eventually studying under California ballet instructor Cindy Bradley. Copeland joined the studio company of American Ballet Theatre in 2000, becoming a soloist several years later and starring in an array of productions such as The Nutcracker and Firebird. An icon whose star shines beyond the world of classical dance, in late June 2015 Copeland became the first African American performer to be appointed as an ABT principal dancer in the company's decades-long history.

Copeland was born on September 10, 1982, in Kansas City, Missouri. She was the fourth of six siblings. Copeland’s mother Sylvia Delacerna had several successive marriages and boyfriends, with the family packing up and moving under harried conditions at times. Copeland and her siblings eventually settled in the coastal community of San Pedro in California. Delacerna's relationship and eventual marriage to her fourth husband was tumultuous: he was emotionally and physically abusive to his stepchildren and wife and would refer to them using racial slurs.

Later describing herself as an anxious child, Copeland was able to find solace in the halls of school and the world of performance, developing a love of movement and connecting with the story of Romanian gymnast Nadia Comaneci. Copeland would perform dance routines at home to the songs of another icon, Mariah Carey, and eventually was chosen to be the captain of her drill team at her middle school. The teacher who ran the team thought Copeland should take ballet classes at the Boys and Girls Club she already attended. Copeland eventually did so under the tutelage of Cynthia "Cindy" Bradley, who realized that the youngster was a prodigy, able to see and perform choreographed movement immediately and dance en pointe after a very short period of ballet training.

While her dancing life was blossoming, Copeland’s home life was difficult, with Delacerna leaving her husband and the family later moving into a motel. Delacerna and Bradley ultimately decided to allow the 13-year-old dancer to move in with her teacher’s family. Copeland was thus able to continue her training while also entering the public spotlight as a promising up-and-coming performer, featured at special performances such as a charity event with actress Angela Bassett. Around this time Copeland also had a lead role in the Debbie Allen production The Chocolate Nutcracker. "She's an incredibly gifted ballerina. . .She's a child who dances in her soul," Allen said of Copeland in a December 1999 issue of Los Angeles Times Magazine. "I can't imagine her doing anything else."

After having attended a summer intensive program on scholarship at San Francisco Ballet, Copeland’s mother demanded that she return home. With accompanying coverage from local media, a battle ensued between Bradley and Delacerna, with Copeland, at 15 years old, looking into legal emancipation from her biological parent. The request was ultimately dropped, however, with Copeland getting a police escort and returning to live with her mother.

Yet Copeland refused to let go of her career. After taking classes at Lauridsen Ballet Centre, she did another summer intensive in 1999, this time at the renowned American Ballet Theatre. She joined ABT’s studio company in September 2000, and then became part of its corps de ballet the following year. In 2007, Copeland reached the rank of ABT soloist, with an artistic forcefulness to be showcased in productions like Marius Petipa’s La Bayadère, Alexei Ratmansky’s Firebird and The Nutcracker, and Twyla Tharp’s Sinatra Suite and Bach Partita, among an array of performances lauded by critics.

Copeland continued to pursue her passion and develop her skills across a varied repertoire while also facing severe injuries. At the beginning of her ABT career, having had a delayed onset of puberty, she faced a vertebral fracture that required time off of dance and the wearing of a brace for practically the entire day. Years later, she had to temporarily stop dancing again to recuperate from stress fractures to her left shin. 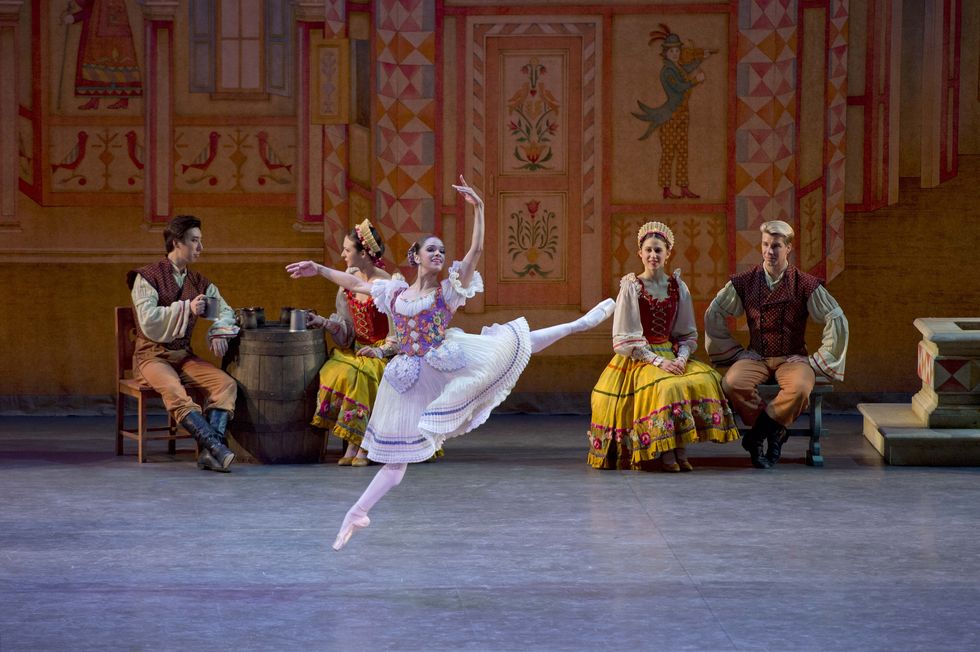 With a non-traditional entry into ballet, Copeland has created buzz outside of that world due to her being one of the few African American performers seen in classical dance. In a meteoric rise, she has continually acknowledged the responsibility she feels to brown girls looking to make their way in the art form. Her trailblazing accomplishments have been recognized by a range of institutions, and in spring 2015 she was named one of Time Magazine’s 100 Most Influential People, a rare feat for someone from the dance world.

In June 2015, Copeland became the first African American woman to dance with ABT in the dual role of Odette and Odile in Pyotry Ilycih Tchaikovsky’s Swan Lake. Then on June 30 of that same year, Copeland scored a monumental achievement covered the world over, becoming the first African American performer to be appointed an ABT principal dancer in the company's 75-year history. At a subsequent news conference, an emotional Copeland stated in tears that the announcement marked the culmination of her lifelong dream.

A few days later, it was announced that Copeland would join the cast of the Broadway revival of Leonard Bernstein's On the Town for two weeks in late summer, succeeding Megan Fairchild in the role of Ivy Smith.

Copeland has also been able to forge a career outside of the classic traditions of ballet via the guidance of manager Gilda Squire. In addition to having her own 2013 calendar, endorsement deals with COACH and American Express, a spot on Prince’s Welcome 2 tour, and a guest appearance on So You Think You Can Dance, Copeland has been one of the stars of Under Armour’s “I Will What I Want” video campaign, with her clip receiving more than 8 million views and counting. Copeland is also a member of President Barack Obama's Council on Fitness, Sports & Nutrition.

The ballerina has also become a tour de force in the literary world, publishing two works in 2014: New York Times best-selling memoir Life in Motion: An Unlikely Ballerina, with journalist Charisse Jones as co-writer, and the award-winning children’s picture book Firebird, with art by Christopher Myers.

In May 2016, Copeland inspired a Barbie doll wearing a costume reminiscent of the one she wore in Firebird. The doll is part of Barbie's Sheroes program which honors female heroes who break boundaries.

Copeland married attorney Olu Evans on July 31, 2016, in Laguna Beach, California. The pair had been together for a decade before tying the knot.