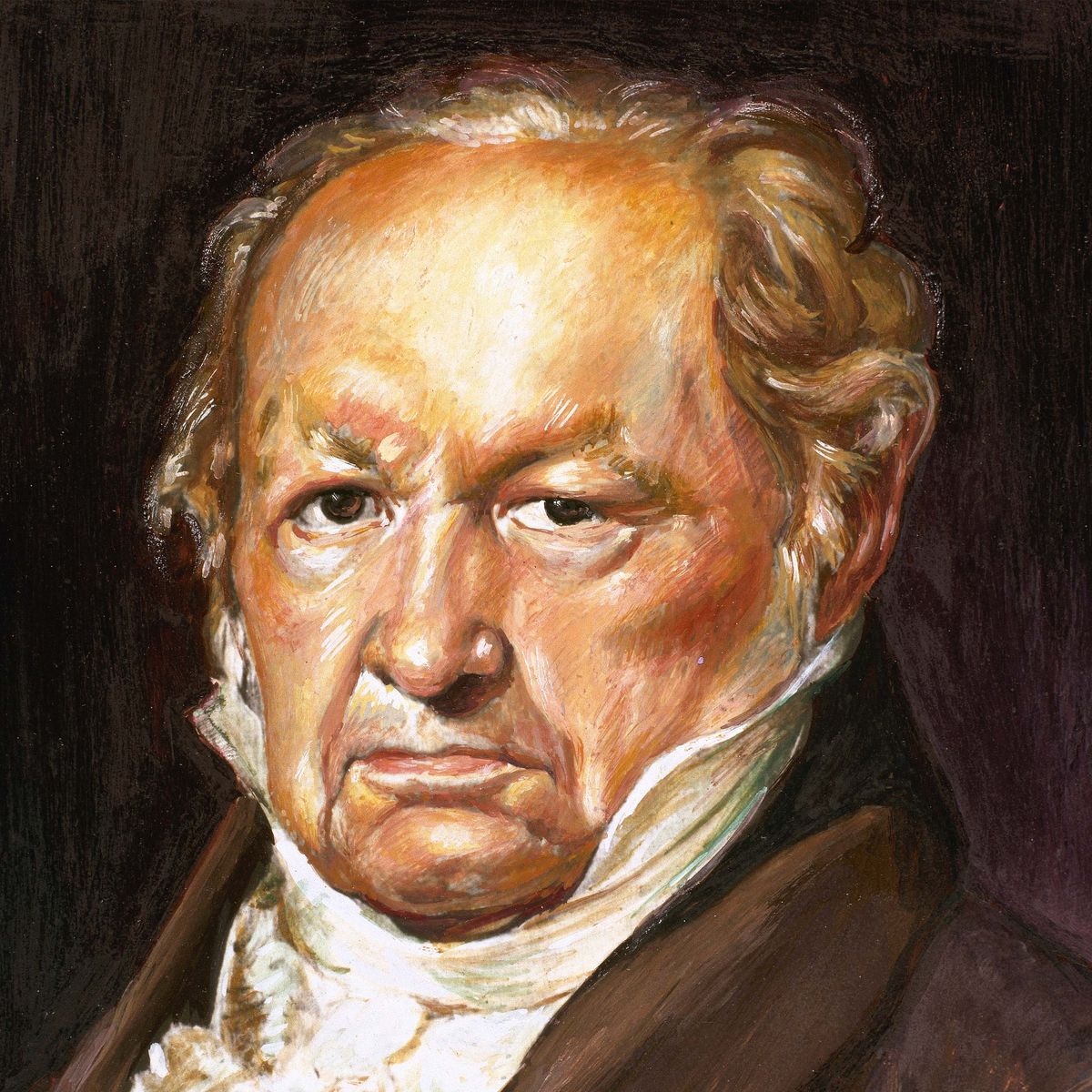 Who Was Francisco de Goya?

A famed painter in his own lifetime, Francisco de Goya began his art studies as a teenager and even spent time in Rome, Italy, to advance his skills. In the 1770s, Goya began to work for the Spanish royal court. In addition to his commissioned portraits of the nobility, he created works that criticized the social and political problems of his era.

Francisco de Goya was born on March 30, 1746, in Fuendetodos, Spain. The son of a guilder, Goya spent some of his youth in Saragossa. There he began studying painting around the age of fourteen. He was a student of José Luzán Martínez. At first, Goya learned by imitation. He copied the works of great masters, finding inspiration in the works of such artists as Diego Rodríguez de Silva y Velázquez and Rembrandt.

Later, Goya moved to Madrid, where he went to work with brothers Francisco and Ramón Bayeu y Subías in their studio. He sought to further his art education around 1770 by traveling to Italy. In Rome, Goya studied the classic works there. He submitted a painting to a competition held by the Academy of Fine Arts at Parma. While the judges liked his work, he failed to win the top prize.

Goya and The Spanish Court

Through the German artist Anton Raphael Mengs, Goya started to create works for Spain's royal family. He first painted tapestry cartoons, which were artworks that served as models for woven tapestries, for a factory in Madrid. These works featured scenes from everyday life, such as "The Parasol" (1777) and "The Pottery Vendor" (1779).

In 1779, Goya won an appointment as a painter to the royal court. He continued to rise in status, receiving admission into the Royal Academy of San Fernando the following year. Goya began to establish a reputation as a portrait artist, winning commissions from many in royal circles. Works, such as "The Duke and Duchess of Osuna and their Children" (1787-1788), illustrate Goya's eye for detail. He skillfully captured the tiniest elements of their faces and clothes.

In 1792, Goya became completely deaf after suffering from an unknown malady. He started to work on non-commissioned paintings during his recovery, including portraits of women from all walks of life. His style changed somewhat as well.

Continuing to thrive professionally, Goya was named the director of the Royal Academy in 1795. He may have been part of the royal establishment, but he did not ignore the plight of the Spanish people in his work. Turning to etchings, Goya created a series of images called "Los Caprichos" in 1799, which has been viewed as his commentary on political and social events. The 80 prints explored the corruption, greed, and repression that was rampant in the country.

Even in his official work, Goya is thought to have cast a critical eye on his subjects. He painted the family of King Charles IV around 1800, which remains one of his most famous works. Some critics have commented that this portrait seemed to be more of a caricature than a realistic portrait.

Goya also used his art to record moments of the country's history. In 1808, France, led by Napoleon Bonaparte, invaded Spain. Napoleon installed his brother Joseph as the country's new leader. While he remained a court painter under Napoleon, Goya created a series of etchings depicting the horrors of war. After Spanish royalty regained the throne in 1814, he then painted "The Third of May," which showed the true human costs of war. The work depicted the uprising in Madrid against French forces.

With Ferdinand VII now in power, Goya kept his position in the Spanish court despite having worked for Joseph Bonaparte. Ferdinand reportedly once told Goya that "You deserve to be garroted, but you are a great artist so we forgive you." Others in Spain were not so lucky as the king sought to crackdown on liberals who sought to make the country a constitutional state.

Despite the personal risks, Goya expressed his dissatisfaction with Ferdinand's rule in a series of etchings called "Los disparates." These works featured a carnival theme and explored folly, lust, old age, suffering and death among other issues. With his grotesque imagery, Goya seemed to illustrate the absurdity of the times.

The political climate subsequently became so tense that Goya willingly went into exile in 1824. Despite his poor health, Goya thought he might be safer outside of Spain. Goya moved to Bordeaux, France, where he spent the remainder of his life. During this time, he continued to paint. Some of his later works included portraits of friends also living in exile. Goya died on April 16, 1828, in Bordeaux, France.

Goya married Josefa Bayeu y Subías, the sister of his art teachers Francisco and Ramón Bayeu y Subías. The couple had one child who lived to be an adult, son Xavier.

As the father of modern art, Francisco de Goya will always be remembered as an iconic artist, who influenced generations of artists after him.