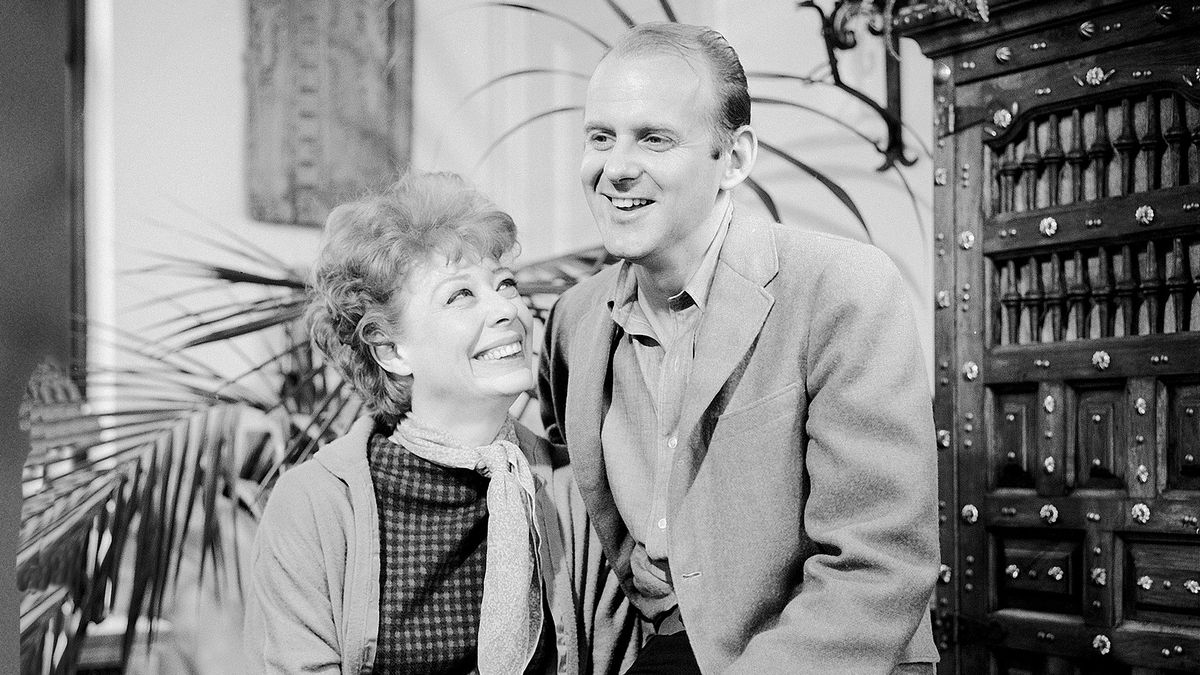 Bob Fosse and Gwen Verdon are often hailed, respectively, as the greatest choreographer and dancer of the American theater. Their chemistry would forge some of the most heralded Broadway performances ever seen on stage. That same chemistry washed over into real life and their mutual love and respect would withstand marital infidelity, career disappointments and endure beyond their deaths.

The tumultuous relationship is the basis of the series Fosse/Verdon, starring Sam Rockwell as the groundbreaking Tony- and Academy Award-winning choreographer/director of Damn Yankees, Sweet Charity, Chicago, The Pajama Game, Pippin and Cabaret, and Michelle Williams as the Tony-winning dancer who brought his work to life onstage.

“Fosse has come to kind of define what we think of as Broadway dance,” says Kevin Winkler, author of Big Deal: Bob Fosse and Dance in the American Musical. The derby hats, the fingers holding the little teacup, the head down, hunched, turned-in stance are just a few of his choreographic signatures. “He has that singular style: kind of cool and yet very hot and sexy, leading with the pelvis is often thought of as the starting point for Broadway dance.”

Though she is less recognized by the general public than Fosse, Winkler says Verdon’s role in his legend can’t be understated. “She originated many roles, indelible roles like Charity in Sweet Charity, Lola in Damn Yankees, Roxie Hart in Chicago, but she outlived Fosse by a number of years and her mind and body became a repository for Fosse’s work and she passed that on to more than a few generations of dancers, actors and singers.”

Fosse and Verdon's connection was immediate

Chicago, Illinois-born Fosse became acquainted with Verdon, hailing from Culver City, California, in New York in 1955. She had been sought to play Lola in Damn Yankees, having previously worked as a lead dancer for choreographer Jack Cole. “She was demanding about the kind of work she did beyond Cole,” Winkler says.

In a 1991 interview on CUNY Television, Verdon said she had met Fosse previously at a party but this was their first dancing encounter. “I had a reputation for being difficult… and I was,” she said. “I was difficult because I couldn’t stand bad dancing.” Verdon says Fosse had heard of her reputation ahead of the meeting. “Bob loved to rehearse at night. He was a real night person. We were working in studio at Walton warehouse. He said, ‘Look, I’m very nervous.’ And I said, ‘So am I.’” Verdon says Fosse decided to show her the number he’d devised for Lola. “Well, he was fantastic at doing it. It was Lola.”

“[Verdon] said what was so remarkable about [his performance] was it was sexy, and she certainly had no trouble being sexy, but it was also funny,” adds Winkler of the initial work meeting. “There was a sense of wit and humor and whimsy about it. She said she just immediately fell into his work… She had an innate sense of humor about her as a performer and working with Fosse allowed her to give full reign to that humor. She was a perfect amalgam of beauty, sexiness, great style, and superb dancer, but she had a real sense of lightness about herself that made her just irresistible.” 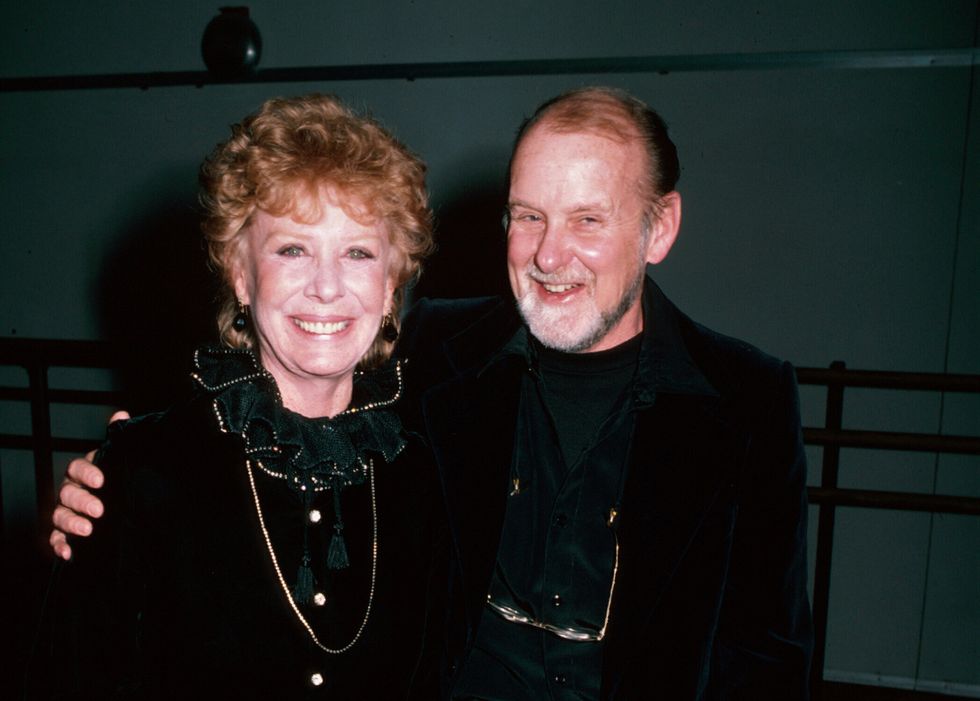 Not only to audiences but to Fosse also. “Their connection was immediate and their affair was inevitable,” Winkler says of the pair. They were soon living together and married in 1960. It was Verdon’s second marriage and she already had a son with ex-husband James Henaghan. It would be Fosse’s third marriage and resulted in his only child, a daughter Nicole, born in 1963.

Fosse was a 'notorious womanizer' and cheated on Verdon

But Fosse’s outsize talent came with similarly large excesses. He reportedly abused the drugs Seconal and Dexedrine, drank alcohol heavily and was rarely seen without a lit cigarette in his mouth. He was also addicted to women and sex.

“He was a notorious womanizer,” Winkler says. “He was never faithful to any of his wives or girlfriends.” Fosse’s infidelities would strain their marriage to breaking point and the couple separated in 1971. Never divorced, they continued to support each other in their artistic endeavors, often with Verdon in the role of unnamed collaborator. Fosse would go on to date dancer Ann Reinking and had a rumored affair with actress Jessica Lange before his death in 1987 from a heart attack at age 60. Verdon never remarried.

“Bob grew up around strip clubs. Women were his hobby,” Verdon once reportedly said of his womanizing. “He’d even cheat on his mistress. Part of him felt guilty, another part was ecstatic.”

“I certainly don’t pursue ladies as much as I used to,” Fosse told the New York Times in 1986. “I’m afraid I’ll catch them, and then I’ll have to do something. But I still find I’m a little more charming and funnier when ladies are around. I seem to strut more. Some inferiority complex when I was a little boy, I suppose, some need to prove myself. Anyway, I really messed marriage up, and there is a lot I regret.” He went on to refer to Verdon as “my best friend,” and was effusive in his love and respect for their daughter, who continues to work to keep the legacy of her parents alive and is listed as a co-executive producer of Fosse/Verdon.

Despite being separated, the pair continued to collaborate

Verdon would collaborate with Fosse on his film directorial debut, 1972’s Cabaret, and he returned to Broadway in 1975 to direct and choreograph her in her final stage role, Roxie Hart in Chicago. “There was a connection between them that ran deep,” says Winkler. “It was forged in the rehearsal room. He once said the best times in his life were working in a rehearsal room with Gwen. He said if he could have put a bed and refrigerator in the rehearsal room and lived there everything would have been great. The trouble started when he left the rehearsal room. I think work and creativity and the effort to get it right really drove them in both their individual careers and there’s alchemy between them.”

Before her death in 2000 at age 75, Verdon found onscreen fame in movies such as Cocoon, The Cotton Club and Marvin’s Room, and Magnum P.I., Homicide: Life on the Street and Walker, Texas Ranger on television.

While Fosse’s life has been examined in his semi-autobiographical film, All That Jazz, and is again in Fosse/Verdon, to many he remains an enigma. Even to those closest to him. “I just know that nobody knows Bob. I was with him for over 40 years; I don’t know Bob,” Verdon said during a 1998 interview on TVO. “Annie [Reinking] was with him for seven, eight years, danced with him, all that. She wouldn’t, none of us really know Bob, because he didn’t know himself.”