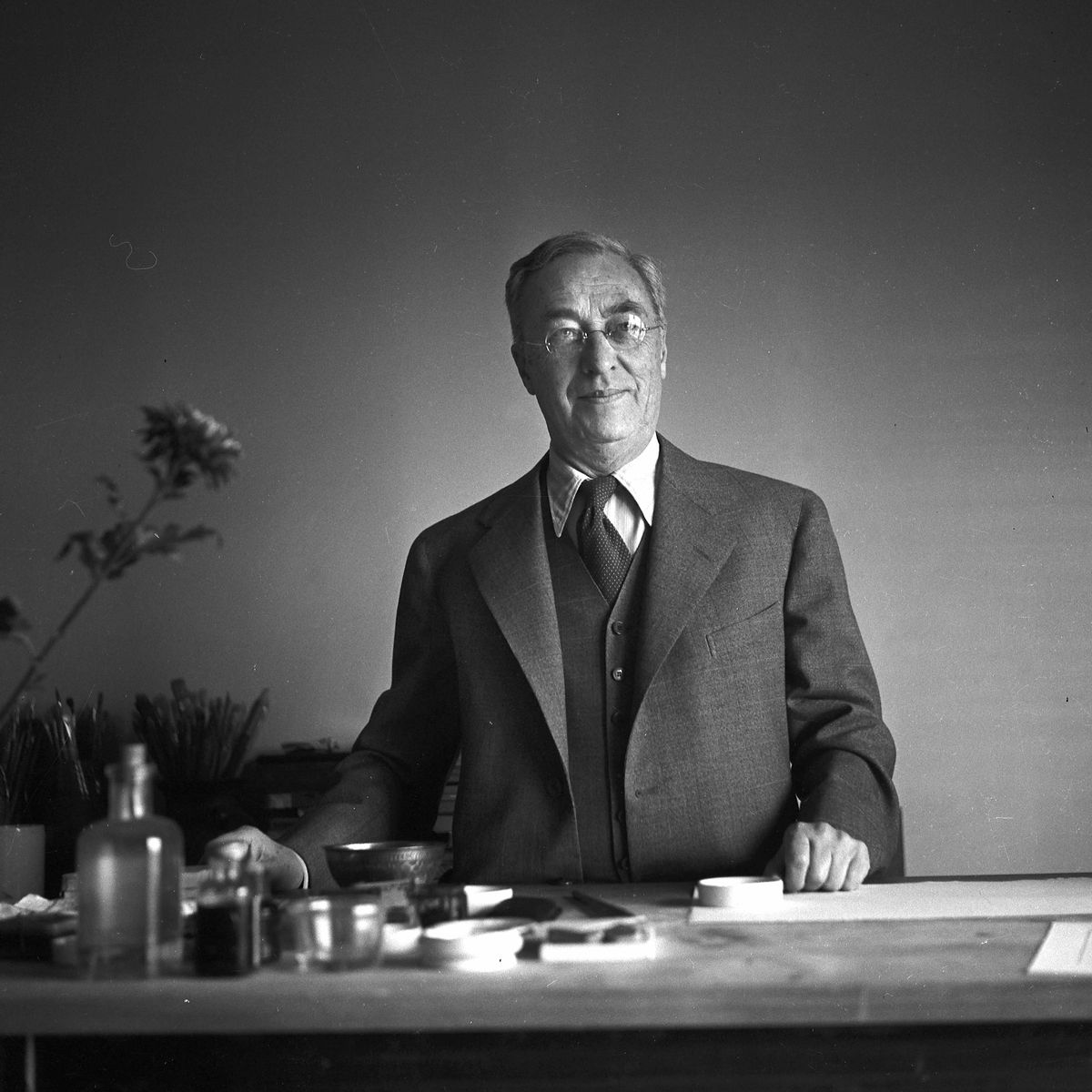 Who Was Wassily Kandinsky?

Wassily Kandinsky took up the study of art in earnest at age 30, moving to Munich to study drawing and painting. A trained musician, Kandinsky approached color with a musician’s sensibility. An obsession with Monet led him to explore his own creative concepts of color on canvas, which were sometimes controversial among his contemporaries and critics, but Kandinsky emerged as a respected leader of the abstract art movement in the early 20th century.

Wassily Kandinsky was born in Moscow on December 4, 1866 (December 16 by the Gregorian calendar), to musical parents Lidia Ticheeva and Vasily Silvestrovich Kandinsky, a tea merchant. When Kandinsky was about 5 years old, his parents divorced, and he moved to Odessa to live with an aunt, where he learned to play the piano and cello in grammar school, as well as study drawing with a coach. Even as a boy he had an intimate experience with art; the works of his childhood reveal rather specific color combinations, infused by his perception that "each color lives by its mysterious life."

Although he later wrote, "I remember that drawing and a little bit later painting lifted me out of the reality," he followed his family’s wishes to go into law, entering the University of Moscow in 1886. He graduated with honors, but his ethnographic earned him a fieldwork scholarship that entailed a visit to the Vologda province to study their traditional criminal jurisprudence and religion. The folk art there and the spiritual study seemed to stir latent longings. Still, Kandinsky married his cousin, Anna Chimyakina, in 1892 and took up a position on the Moscow Faculty of Law, managing an art-printing works on the side.

But two events effected his abrupt change of career in 1896: seeing an exhibition of French Impressionists in Moscow the previous year, especially Claude Monet's Haystacks at Giverny, which was his first experience of nonrepresentational art; and then hearing Wagner's Lohengrin at the Bolshoi Theatre. Kandinsky chose to abandon his law career and move to Munich (he had learned German from his maternal grandmother as a child) to devote himself full-time to the study of art.

In Munich, Kandinsky was accepted into a prestigious private painting school, moving on to the Munich Academy of Arts. But much of his study was self-directed. He began with conventional themes and art forms, but all the while he was forming theories derived from devoted spiritual study and informed by an intense relationship between music and color. These theories coalesced through the first decade of the 20th century, leading him toward his ultimate status as the father of abstract art.

Color became more an expression of emotion rather than a faithful description of nature or subject matter. He formed friendships and artist groups with other painters of the time, such as Paul Klee. He frequently exhibited, taught art classes and published his ideas on theories of art.

During this time he met art student Gabriele Münter in 1903 and moved in with her before his divorce from his wife was finalized in 1911. They traveled extensively, settling in Bavaria before the outbreak of World War I.

He had already formed the New Artists Association in Munich; the Blue Rider group was founded with fellow artist Franz Marc, and he was a member of the Bauhaus movement alongside Klee and composer Arnold Schoenberg.

World War I took Kandinsky back to Russia, where his artistic eye was influenced by the constructivist movement, based on hard lines, dots and geometry. While there, the 50-year-old Kandinsky met the decades-younger Nina Andreevskaya, the daughter of a general in the Russian army, and married her. They had a son together, but the boy lived for only three years and the subject of children became taboo. The couple stayed on in Russia after the revolution, with Kandinsky applying his restless and comprehensive energies to the administration of educational and government-run art programs, helping to create Moscow’s Institute of Artistic Culture and Museum of Pictorial Culture.

Back in Germany after clashing theoretically with other artists, he taught at the Bauhaus school in Berlin and wrote plays and poems. In 1933, when the Nazis seized power, storm troopers shut down the Bauhaus school. Although Kandinsky had achieved German citizenship, World War II made it impossible for him to stay there. In July 1937, he and other artists were featured in the “Degenerate Art Exhibition” in Munich. It was widely attended, but 57 of his works were confiscated by the Nazis.

Kandinsky died of cerebrovascular disease in Neuilly-sur-Seine, France, on December 13, 1944.

He and Nina had moved to the suburb of Paris in the late 1930s, when Marcel Duchamp had found a little apartment for them. When the Germans invaded France in 1940, Kandinsky fled to the Pyrenees, but returned to Neuilly afterward, where he lived a rather secluded life, depressed that his paintings weren’t selling. Although still considered controversial by many, he had earned prominent supporters such as Solomon Guggenheim and continued to exhibit till his death.

Little of the work Kandinsky produced in Russia has survived, although many of the paintings he created in Germany are still extant. The New York auction houses continue to do him proud today — in recent years, his artwork has sold for well over $20 million. Kandinsky believed that each time period puts its own indelible stamp on artistic expression; his vivid interpretations of color through musical and spiritual sensibilities certainly altered the artistic landscape at the start of the 20th century going forward, precipitating the modern age.