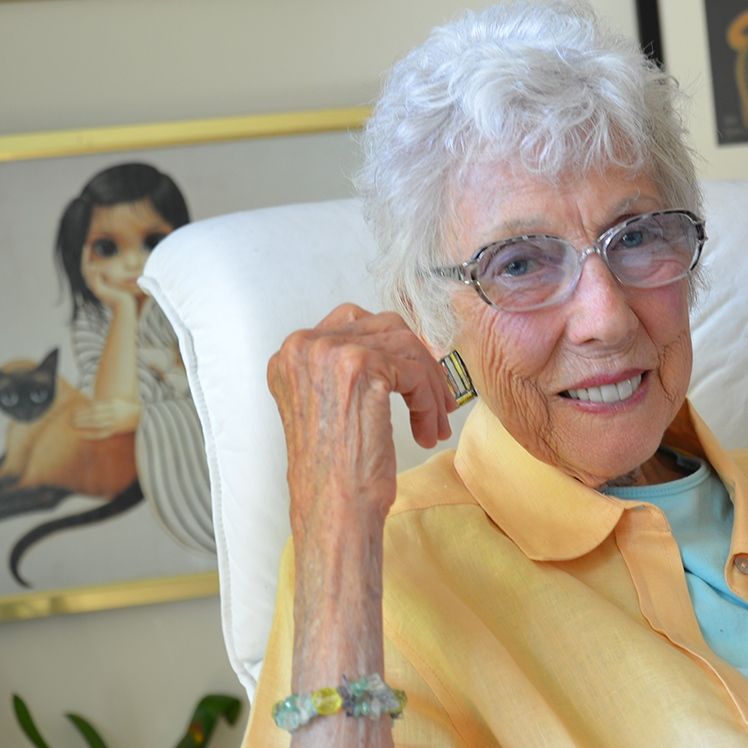 Who Is Margaret Keane?

Artist Margaret Keane was known for creating distinctive paintings of large-eyed figures. She was married to Walter Keane and was dismayed to find that Walter was taking credit for her work. Over time he also became abusive, and Margaret eventually divorced him. She revealed herself as the creative force behind the Keane paintings in 1970 and later won a court case in which she sued her ex-husband for defamation. Her story has been detailed in the 2014 film Big Eyes, with actress Amy Adams portraying Margaret.

Margaret Keane was born Peggy Doris Hawkins in Nashville, Tennessee, on September 15, 1927, with some accounts listing her maiden name as Margaret Doris Hawkins. She immersed herself in art from an early age and had a penchant for creating characters with large, looming eyes. She would eventually go on to attend art schools in both her native state and New York before marrying Frank Ulbrich and having a daughter, Jane.

By the mid-1950s, Keane had divorced Ulbrich and relocated to San Francisco, and in 1953 she met Nebraska-born Walter Keane at an outdoor art market. Walter also had a daughter from a previous marriage and worked in real estate, though he had studied art in Paris and presented himself as an artist. Margaret found herself charmed by Walter, and the two were married in Honolulu, Hawaii, in 1955. After their wedding, Margaret helped her husband transition from real estate to the art business, and he soon began to sell his wife’s paintings at the San Francisco beatnik club The Hungry i. However, unbeknownst to Margaret, he was also taking credit for the works, which were generally signed with the tag “Keane.”

It wasn’t until Margaret was at the club with Walter, watching him selling the paintings, that she realized he was taking credit for being the artist as well. However, Walter convinced Margaret to continue to go along with this idea and even tried to learn how to paint in her style. His inability to do so would eventually come back to haunt him.

Despite his deception, Walter was a consummate salesman, and by the time the 1960s rolled around, Margaret’s artwork had become a huge force in the market, earning millions. The figures on the canvasses, particularly the children, were known for their distinctive huge eyes, which some would call “Keane Eyes” or “Big Eyed Waifs.” The illustrations, which appeared in mass-production formats, were adored by much of the public, while art critics were widely dismissive of her work.

Meanwhile, Margaret was living a life of increasing misery, with the public continuing to believe her husband’s charade. Walter, who was a drunk and philanderer, was also emotionally abusive, often keeping Margaret locked up in a studio with nothing to do but paint. His abuse eventually reached its crescendo when Walter threatened her and Jane’s lives. But Margaret finally found the courage to take her daughter and leave, divorcing Walter in 1965. She later remarried and settled in Hawaii, and also became a Jehovah’s Witness. 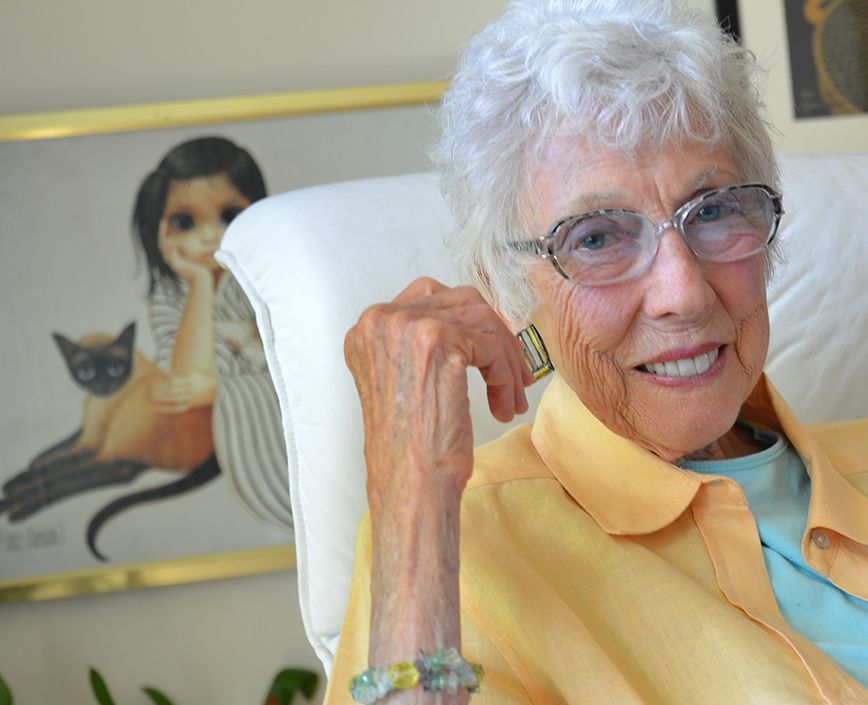 In a radio interview in 1970, Margaret finally revealed that she was the actual artist behind the famed Keane art. When USA Today ran a story in the mid-1980s in which Walter claimed that Margaret was lying, she filed a defamation suit against him. During the ensuing 1986 trial, she was asked to produce one of her figures in under an hour, while Walter, who was representing himself, refused to draw, citing a recent shoulder injury as his excuse. After quickly completing the drawing for the jurors, Margaret was awarded $4 million in damages. She would never see any of the money, however, as Walter had already squandered the fortune they had earned from her paintings.

In 2014, Margaret’s life was vividly dramatized in the Tim Burton movie Big Eyes, with Academy Award winner Christoph Waltz playing Walter, and Margaret portrayed by actress Amy Adams, who won a Golden Globe for the role in 2015. Almost 200 of Margaret's original pieces were reproduced by the film’s production team, and Adams met with Margaret to better understand who she is as a person and to study her creative process. Margaret, for whom watching the film was an emotional experience, saw a new wave of interest in her work since its release, displaying her work at the Keane Eyes Gallery in San Francisco. She died from heart failure on June 26, 2022.