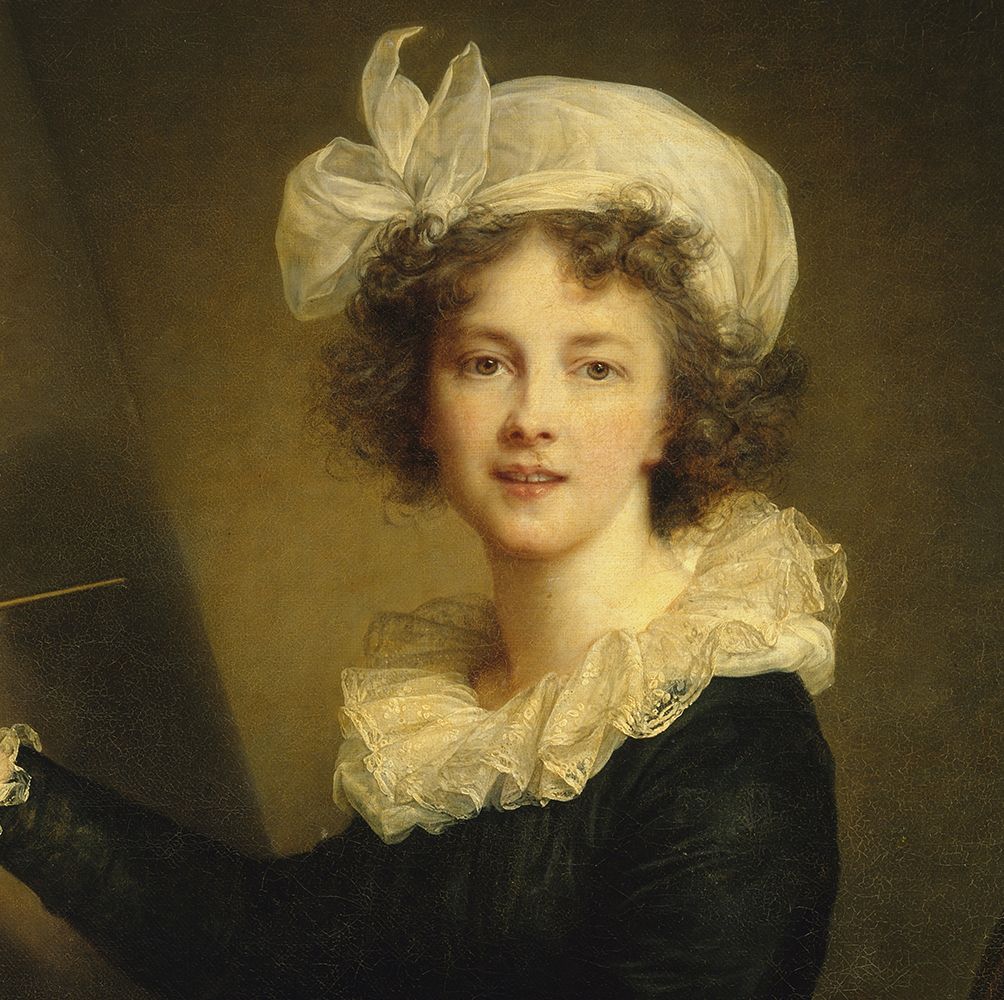 Who Was Elisabeth Vigée Le Brun?

Elisabeth Louise Vigée Le Brun achieved early success as an artist. Her ability to depict her subjects in a flattering, elegant style made her one of the most popular portraitists in France. Her clientele included aristocracy and royalty, including Marie Antoinette, whose portrait she painted 30 times. After the French Revolution, Vigée Le Brun worked abroad for 12 years. She returned to Paris for her later life and continued to enjoy a degree of fame and success that was very rare for a female artist.

Elisabeth Louise Vigée Le Brun was born in Paris on April 16, 1755, to Louis and Jeanne (née Maissin) Vigée. Her father was a successful artist who encouraged her interest in art. She took lessons from Gabriel Briard, and she received encouragement from well-known artists Joseph Vernet, Hubert Robert and Jean-Baptiste Greuze.

When she was still a teenager, Vigée Le Brun had already begun to attract wealthy clients who wanted to have their portraits painted, and in 1774 she was accepted into the painters' guild of the Académie de Saint-Luc, which increased her professional exposure. In 1776 she married Jean-Baptiste Le Brun, an artist and art dealer, with whom she had one daughter, Jeanne-Julie-Louise.

Career and Success in Paris

Vigée Le Brun soon became a popular portraitist among the French aristocracy, who appreciated her artistic style. Using loose brushwork and fresh, bright colors, she always depicted her sitters in a flattering manner, posed gracefully and wearing their most stylish clothing.

In 1779, Vigée Le Brun went to the royal residence at Versailles to paint her first portrait of Marie Antoinette. She became the queen's favorite portraitist and painted her a total of 30 times over the next decade; for one portrait, dated 1787, Marie Antoinette posed with her three children. The queen took an interest in Vigée Le Brun's career and smoothed the way for her 1783 acceptance into the Académie Royale de Peinture et de Sculpture, France's most prestigious professional association for artists, which accepted very few female artists.

Throughout the 1780s Vigée Le Brun created portraits of members of the French royal court and aristocracy, including the Duchesse de Polignac and Madame du Barry. She also painted several informal and sensitive self-portraits, including one of herself with her daughter. Although she was best known for her work in portraiture, she also executed occasional mythological and allegorical scenes, such as "Peace Bringing Back Abundance" (1780) and "Bacchante" (1785).

Travels After the Revolution

In 1789, sensing the coming of the revolution that would overthrow the royal family and the aristocracy, Vigée Le Brun left France with her daughter. She traveled through first Italy, and then Austria, Czechoslovakia and Germany, finding herself warmly received by the foreign nobilities, who knew her artistic and social reputation. She spent six years in Russia, where she met Empress Catherine II. She worked consistently throughout this time, producing portraits of royalty and aristocrats in her signature style.

Vigée Le Brun returned briefly to Paris in 1802. Finding France much changed since her departure, she chose to live and work in London from 1803–1805, and then she came home permanently in 1805.

Vigée Le Brun's French citizenship had been revoked when she left the country during the Revolution, and her husband was forced to divorce her on grounds of desertion. When she returned permanently to Paris, some of her fellow artists petitioned to have her citizenship renewed, and she reunited with her husband, without the official status of marriage. Her husband died in 1813, and her daughter died in 1819.

After her return to France, Vigée Le Brun spent much of her time at her country house in Louveciennes, near Paris. Her later work included some mythological scenes and many portraits of notable individuals, including the Prince of Wales (later George IV of England), Napoleon's sister Caroline Murat and woman of letters Germaine de Staël.

Vigée Le Brun published her memoirs, titled Souvenirs, in three volumes between 1835 and 1837. She died at her Paris residence on March 30, 1842.