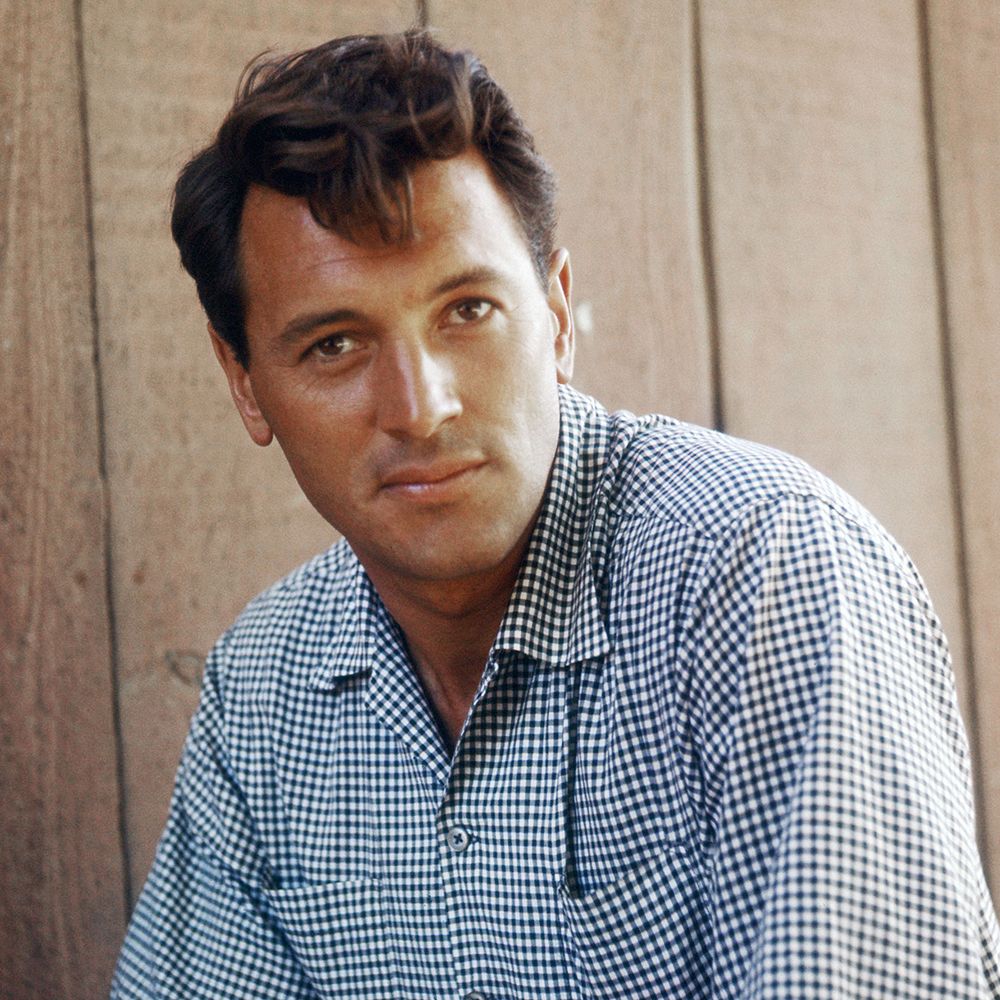 Who Was Rock Hudson?

Rock Hudson began his career as a heartthrob, recognized widely for his good looks. Critics acknowledged his acting talent in Giant (1956), which also starred heavy-hitters Elizabeth Taylor and James Dean. He co-starred with Doris Day in many hit films, including Pillow Talk (1959), Lover Come Back (1961) and Send Me No Flowers (1964). In 1984, Hudson was diagnosed with AIDS. The following year, he became one of the first celebrities to disclose both his homosexuality and AIDS diagnosis. Hudson was the first major celebrity to die from an AIDS-related illness, on October 2, 1985, at age 59, in Beverly Hills, California.

Hudson was born Roy Harold Scherer Jr. on November 17, 1925, in Winnetka, Illinois, and would go on to become an immensely popular actor, recognized widely for his good looks. During the Great Depression, his father, Roy Harold Scherer, lost his job as an auto mechanic and left the family. When Hudson was eight years old, his mother, Katherine Wood, remarried and the actor took the surname of his stepfather, Wallace Fitzgerald. Growing up, Hudson did not excel academically but had a certain charisma that made him popular among classmates.

In 1944, Hudson joined the U.S. Navy and served in the Philippines. Shortly after his discharge in 1946, he decided to move to Hollywood, California, to pursue an acting career. While he found work as a truck driver, most of his free time was spent hanging around the studios and handing out headshots to studio executives. It's not surprising that people soon began to take notice of the aspiring actor, with his good looks and charm.

In 1947, talent scout Henry Wilson took an interest in Hudson, taking the soon-to-be actor on as his protégé and crafting the moniker by which he's now best known: "Rock" for the rock of Gibraltar, and "Hudson" for the Hudson River.

Hudson went on to play bit roles in a number of films until he was hired as a lead in Douglas Sirk's Magnificent Obsession (1954). This film established Hudson as a star and his career, subsequently, began to skyrocket. He starred in several dramatic movies, including the critically acclaimed Giant (1956). Hudson received an Academy Award nomination for his performance in the film.

A pivotal period for Hudson's career came in 1959. He was cast opposite Day in Pillow Talk, the first of a film series in which he portrayed the romantic lead. The dashing actor quickly became a heartthrob; women lusted after him and men wanted to be him. He paired with Day in a number of later films, including Lover Come Back (1961) and Send Me No Flowers (1964). In 1966, the actor took a chance and accepted a role that was well out of his now-normal spectrum: He starred in John Frankenheimer's Seconds, a sci-fi thriller that wasn't well-received by audiences.

In 1971, Hudson joined the cast of the popular television investigative series Macmillin and Wife. In the '80s, he appeared on the show Dynasty.

Hudson married Phyllis Gates, an aspiring actress, in 1955. Unbeknownst to Phyllis, the marriage was arranged by her employer, Hudson's agent Wilson, to keep up appearances. A gay man, Hudson was not outward about his homosexuality due to the social stigma surrounding the topic at the time; he feared that publicly discussing it would be negative for his career. The marriage lasted for only three years; while Hudson was in Italy filming 1957's A Farewell to Arms, the couple divorced.

Throughout his career, Hudson's public image remained untarnished, but his private life was somewhat torturous. He had a number of homosexual lovers but continued to keep his sexuality a secret.

In June 1984, Hudson went to visit a doctor aboutan irritation on his neck. The irritation turned out to be a lesion and a sign of Kaposi sarcoma, a cancerous tumor that affects AIDS patients. Rock Hudson was diagnosed with AIDS on June 5, 1984. A year later, on July 25, 1985, he publicly announced that he was suffering from the disease — becoming one of the first celebrities to do so, as well as one of the first to disclose his homosexuality. His openness was a catalyst for public awareness of the worldwide epidemic.

Hudson spent the remainder of his life surrounded by friends and family. He died from AIDS-related complications on October 2, 1985, at the age of 59, in Beverly Hills, California. He was the first major celebrity to die from an AIDS-related illness. Today, Rock Hudson is remembered not only for his legacy as a talented screen actor, but for his courageous choice to go public about his AIDS diagnosis.