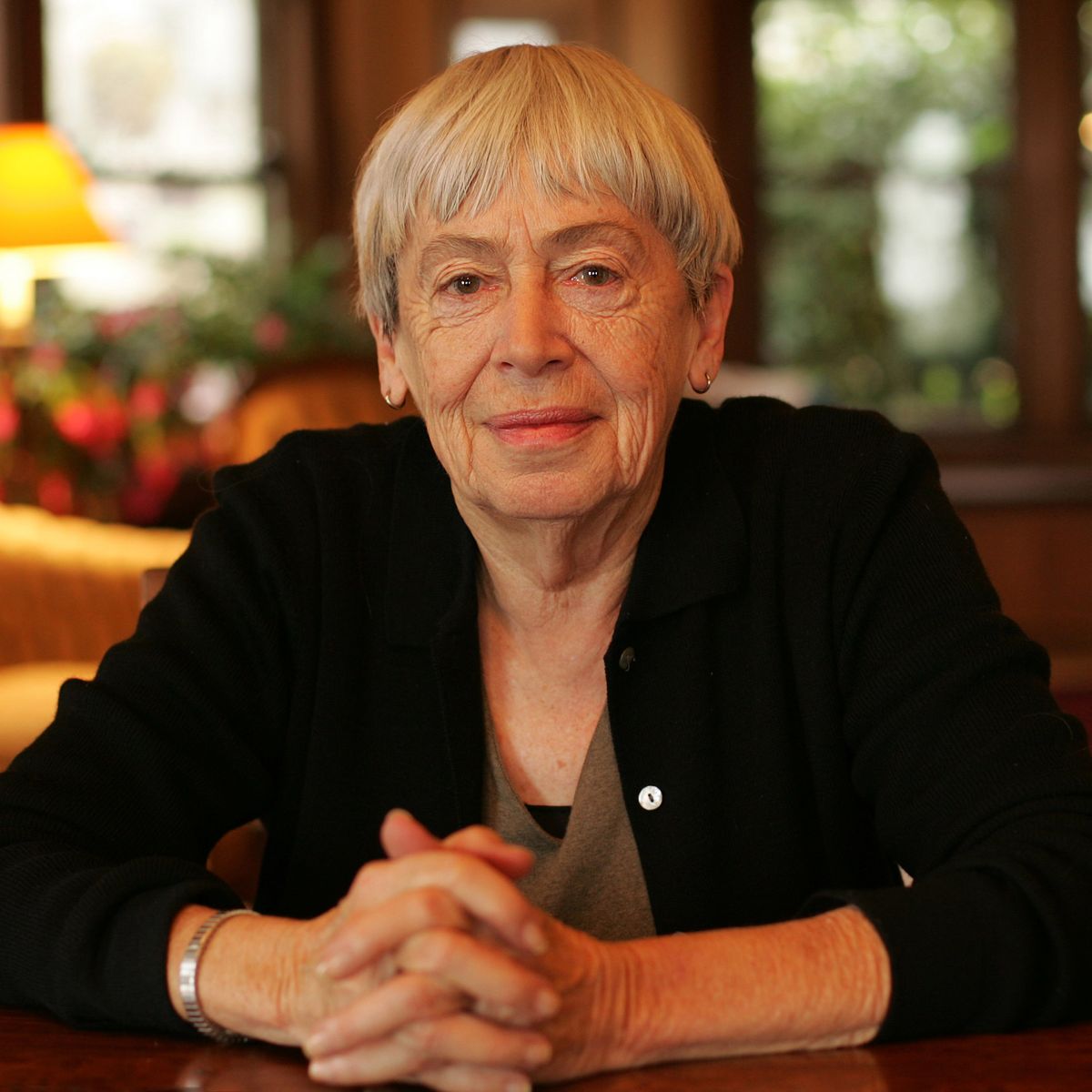 Who Was Ursula K. Le Guin?

Acclaimed writer Ursula K Le Guin struggled initially to be published in the mainstream fiction world, but her first three novels, Rocannon's World, Planet of Exile and City of Illusions, put her on the sci-fi map. In 2008, 40 years later, Le Guin made literary news with Lavinia, a metatextual examination of a minor character from Virgil's Aeneid. Le Guin was also widely known for her globally popular Earthsea fantasy series. She wrote essays on fantasy fiction and feminist issues as well, and was awarded the Living Legend Medal by the Library of Congress, among a plethora of career honors.

Ursula K. Le Guin was born Ursula Kroeber on October 21, 1929, in Berkeley, California, the youngest child and only girl among four siblings. Her mother, Theodora, was a writer who chronicled the life of the last Yahi tribe member, Ishi, while her father, Alfred, was a celebrated anthropologist. Le Guin was raised in a household in which the exploration of art, ideas and cultures was encouraged, with members of the Native-American community becoming well known to the family.

A lover of mythology, Le Guin went on to attend Radcliffe College, and later graduated with an MA from Columbia University. She wed historian and fellow Fulbright scholar Charles Le Guin in December 1953 some months after the two met on a maritime voyage to France.

Le Guin would later recount that she faced years of rejection from mainstream publishers while plying her trade as a writer. She eventually turned to the genres of science fiction and fantasy and found acceptance. In 1966, Le Guin published the novel Rocannon’s World, which places the planet Hain as the birthplace of humanity and thus became the first of several books that are part of the “Hainish Cycle.” Among the later titles in the cycle are The Word for World Is Forest (a 1972 outing that invited later comparison by critics to the James Cameron film Avatar), The Dispossessed: An Ambiguous Utopia (1974) and The Telling (2000). (The author stated the later novels in the cycle don’t have to be read in a particular order.)

The Left Hand of Darkness (1969), the fourth book of the Hainish Cycle after Planet of Exile (1966) and City of Illusions (1967), became one of Le Guin’s most acclaimed and trailblazing works. A ponderous narrative, Darkness profiles the Gethenians, an alien race who have no fixed gender characteristics until the time of monthly mating, with the novel also contrasting the social mores of two nations in conflict. The book was eventually lauded as a visionary classic and won both Nebula and Hugo awards.

After a request from a publisher, Le Guin turned to the world of young adult audiences and released A Wizard of Earthsea in 1968, following the travails of student wizard Sparrowhawk in a tempestuous archipelago locale. With visceral descriptions of magic and physical terrain (and a quieter precursor to the commercial juggernaut of J.K. Rowling’s Hogwarts), Earthsea became a renowned series as seen with the follow-up works The Tombs of Atuan (1970), The Farthest Shore (1972) and Tehanu (1990), as well as Tales From Earthsea (2001) and The Other Wind (2001), the final novel in the series. The Earthsea books have reportedly sold millions of copies worldwide. Though the series is geared towards teen audiences, adult readers have taken to them as well, as the works are noted for their emotional maturity and depth.

Le Guin published additional books for children, such as her Catwings Series, along with short story collections, poetry, essays and adult speculative fiction. She became one of the most decorated writers in publishing, winning multiple Nebula and Hugo awards as well as a National Book Award and the Kafka Prize, among many other honors. In later years, Le Guin retired from teaching and writing outside of poetry. She also courted controversy, staunchly critiquing online entities like Amazon and Google for their influence on how books are sold and consumed in the new millennium.

Le Guin was concerned with nurturing up-and-coming writers, as seen with advice given via the online blog Book View Café. She penned the 1998 nonfiction book Steering the Craft: A 21-Century Guide to Sailing the Sea of Story.

In September 2016, the Library of America published from Le Guin The Complete Orsinia: Malafrena, Stories and Songs, focusing on a novel unbeknownst to the general public.

The Le Guins had three children and settled in Portland, Oregon, where they lived for decades. Though brought up in a non-religious household, Le Guin took to the Eastern spiritual traditions of Taoism and Buddhism. Of her personal spirituality, she said, "Taoism gave me a handle on how to look at life and how to lead it when I was an adolescent hunting for ways to make sense of the world without going off into the God business."

Le Guin died at her Portland home on January 22, 2018, at age 88. No cause was immediately named, though one of her sons said she had been in poor health for months.

The tributes came pouring in, with other writers paying respects to one of the most influential figures in the literary world from the past 50 years. Tweeted Stephen King: "Ursula K. LeGuin, one of the greats, has passed. Not just a science fiction writer; a literary icon. Godspeed into the galaxy."