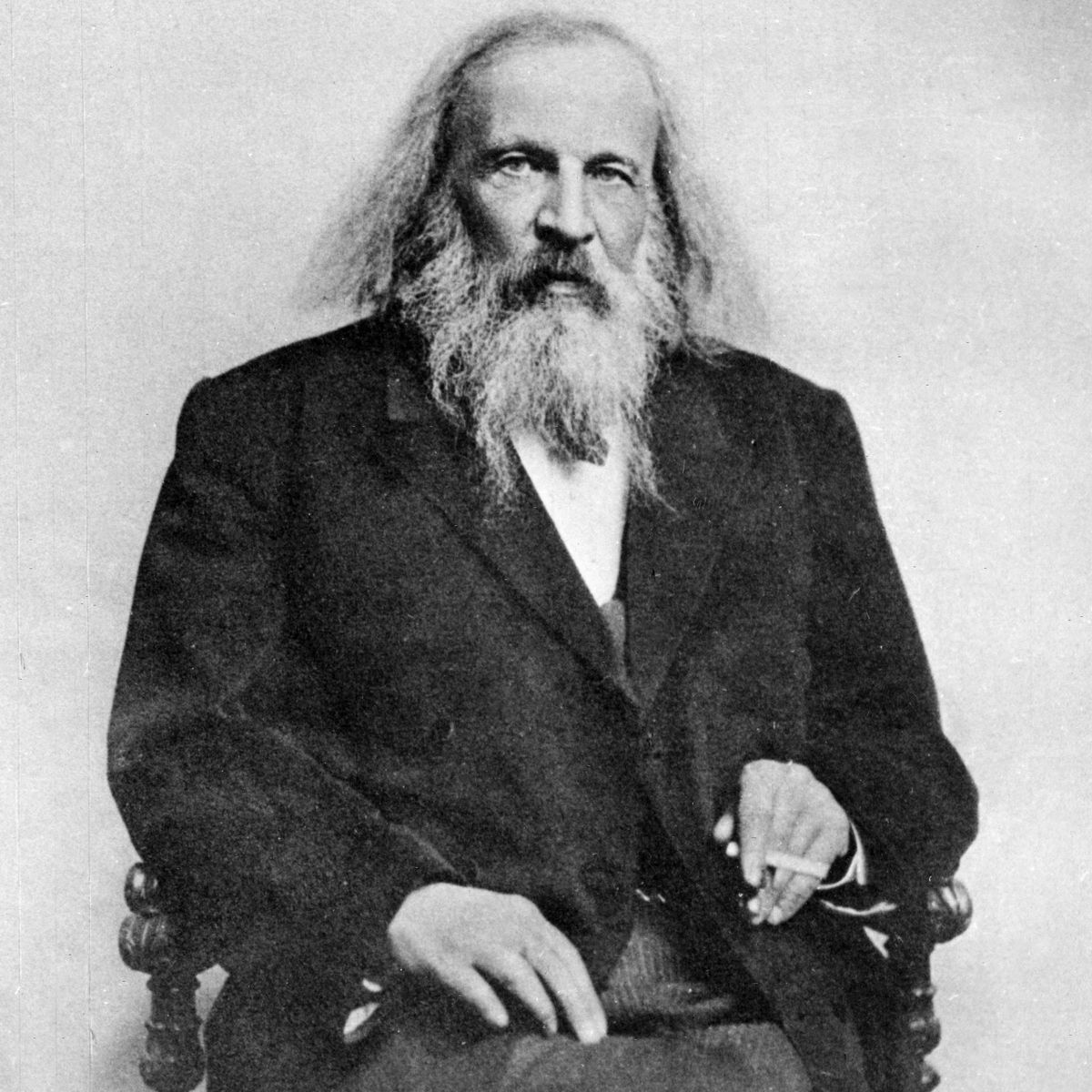 Who Was Dmitri Mendeleyev?

After receiving an education in science in Russia and Germany, Dmitri Mendeleyev became a professor and conducted research in chemistry. Mendeleyev is best known for his discovery of the periodic law, which he introduced in 1869, and for his formulation of the periodic table of elements. He died in St. Petersburg, Russia, on February 2, 1907.

Dmitri Ivanovich Mendeleyev was born on February 8, 1834, in the Siberian town of Tobolsk in Russia. His father, Ivan Pavlovich Mendeleyev, went blind around the time his final son was born, and died in 1847. The scientist's mother, Mariya Dmitriyevna Kornileva, worked as the manager of a glass factory to support herself and her children. When the factory burned down in 1848, the family moved to St. Petersburg.

Mendeleyev attended the Main Pedagogical Institute in St. Petersburg and graduated in 1855. After teaching in the Russian cities of Simferopol and Odessa, he returned to St. Petersburg to earn a master's degree. Mendeleyev continued his studies abroad, with two years at the University of Heidelberg.

Discovery of the Periodic Law

As a professor, Mendeleyev taught first at the St. Petersburg Technological Institute and then at the University of St. Petersburg, where he remained through 1890. Realizing he was in need of a quality textbook to cover the subject of inorganic chemistry, he put together one of his own, The Principles of Chemistry.

While he was researching and writing that book in the 1860s, Mendeleyev made the discovery that led to his most famous achievement. He noticed certain recurring patterns between different groups of elements and, using existing knowledge of the elements' chemical and physical properties, he was able to make further connections. He systematically arranged the dozens of known elements by atomic weight in a grid-like diagram; following this system, he could even predict the qualities of still-unknown elements. In 1869, Mendeleyev formally presented his discovery of the periodic law to the Russian Chemical Society.

At first, Mendeleyev's system had very few supporters in the international scientific community. It gradually gained acceptance over the following two decades with the discoveries of three new elements that possessed the qualities of his earlier predictions. In London in 1889, Mendeleyev presented a summary of his collected research in a lecture titled "The Periodic Law of the Chemical Elements." His diagram, known as the periodic table of elements, is still used today.

Other Achievements and Activities

Beyond his theoretical work in chemistry, Mendeleyev was known for his more practical scientific studies, often for the benefit of the national economy. He was involved in research on Russian petroleum production, the coal industry and advanced agricultural methods, and he acted as a government consultant on issues ranging from new types of gunpowder to national tariffs.

Mendeleyev remained occupied with scientific activities after leaving his teaching post in 1890. He contributed numerous articles to the new Brockhaus Encyclopedia, and in 1893 he was named director of Russia's new Central Board of Weights and Measures. He also oversaw multiple reprints of The Principles of Chemistry.

Mendeleyev was married twice, to Feozva Nikitichna Leshcheva in 1862 and to Anna Ivanova Popova in 1882. He had a combined six children from those two marriages.

In the later years of his career, Mendeleyev was internationally recognized for his contributions to the field of chemistry. He received honorary awards from Oxford and Cambridge, as well as a medal from the Royal Society of London.

Mendeleyev died on February 2, 1907. At his funeral in St. Petersburg, his students carried a large copy of the periodic table of the elements as a tribute to his work.