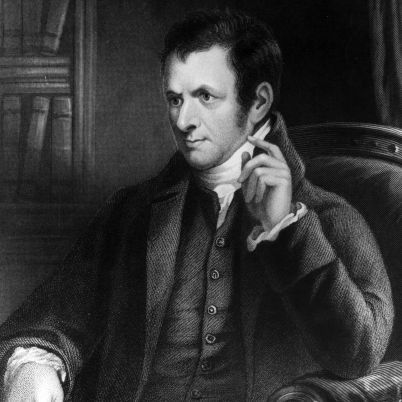 Sir Humphry Davy was a Cornish chemist best known for his contributions to the discoveries of chlorine and iodine. In 1798, he was appointed chemical superintendent of the Pneumatic Institution to study the therapeutic uses of various gases, after which he made several reports on the effects of inhaling nitrous oxide (laughing gas). On a related front, in 1815, he invented the Davy lamp, which allowed miners to work safely in close contact with flammable gases. Davy was also a charismatic speaker, and his scientific presentations at the Royal Institution of Great Britain were extremely popular among Londoners of the day.

Englishman Humphry Davy was born on December 17, 1778, in Penzance, Cornwall, to middle-class parents. He was well educated, but he was also naturally intelligent and curious, and those traits often manifested in the fiction and poetry he wrote at an early age. Davy was also deeply interested in nature, and he was an avid fisherman and collector of minerals and rocks.

When Davy was 16 years old, his father died, and a year later he became a surgeon apprentice, with the hopes of one day having a career in medicine. He was also befriended by Davies Gilbert, who lived with Davy as a lodger and would serve as a major influence on Davy’s life of science. Gilbert allowed Davy to use a library and well-equipped chemical laboratory, and Davy began experimenting, chiefly with gases.

In the lab, Davy prepared (and inhaled) nitrous oxide (also known as laughing gas) to test its disease-causing properties, and his work led to an appointment as chemical superintendent of the Pneumatic Institution in 1798. From that position he explored such areas as oxides, nitrogen and ammonia, and in 1800 Davy published his findings in the book Researches, Chemical and Philosophical. With that work came recognition in the field, and Davy became a professor of chemistry at the Royal Institution of Great Britain two years later. Davy's personal charisma and charm made his scientific presentations to the public at the Royal Institution of Great Britain extremely popular among elite Londoners of the day. In fact, his admirers would line up for blocks to witness Davy's chemistry lectures.

Davy next dived into electricity experiments, namely exploring the electricity-producing properties of electrolytic cells and the chemical implications of those cells' processes. These experiments were detailed in “On Some Chemical Agencies of Electricity,” a lecture Davy delivered in 1806. That work led to further discoveries regarding sodium and potassium and the discovery of boron. Also along this trajectory, Davy parsed out why chlorine serves as a bleaching agent and did research for the Society for Preventing Accidents in Coal Mines, which led to the invention of a safe lamp for coal miners, dubbed the Davy lamp.

For his research, Davy received numerous awards and honors, among them the Copley Award, the Royal Society’s Royal Medal and election to the presidency of the Royal Society. He was also knighted (1812) and made a baronet (1818). Other notable books penned by Davy include Elements of Chemical Philosophy (1812), Elements of Agricultural Chemistry (1813) and Consolations in Travel (1830).

Davy’s health began to fail him in the late 1820s, forcing him to resign from the Royal Society (he was replaced by Davies Gilbert). Partly paralyzed by a stroke, Davy died in Geneva, Switzerland, on May 29, 1829.