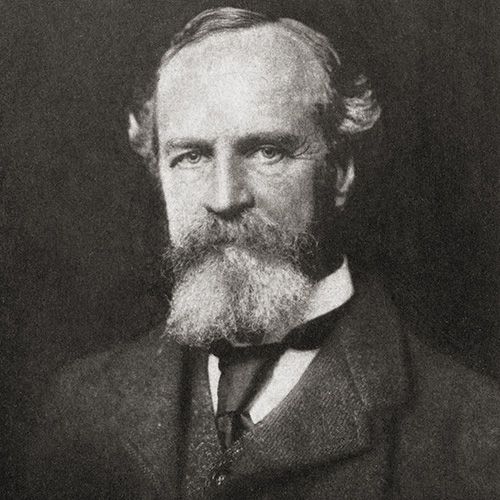 Who Was William James?

Known as the "Father of American psychology," William James was a philosopher, psychologist and a leading thinker of the late 19th and early 20th centuries. After completing medical school, James focused on the human psyche, writing a masterwork on the subject, entitled The Principles of Psychology. He later became known for the literary piece The Will to Believe and Other Essays in Popular Philosophy, which was published in 1897.

James was born in New York City on January 11, 1842. Born into an intellectual family, he was the oldest of five children. His younger brother, Henry James, would find fame as a novelist and writer. The James children were educated by tutors in New York City and in Europe.

Early on, James aspired to be either an artist or a scientist. He studied painting with William Morris Hunt while the family was living in Newport, Rhode Island, around 1858, but he eventually chose a different path for his life. In 1861, James enrolled at the Lawrence Scientific School, where he delved into such topics as chemistry and physiology. He went on to study at Harvard Medical School in 1864. The following year, James took a break from his education to join Louis Agassiz's expedition to the Amazon basin. He also spent time in Germany in 1867 to recuperate from some health woes, including back pain, sight problems and depression.

After earning his medical degree in 1869, James decided not to practice medicine. He eventually became a lecturer at Harvard University. Initially a lecturer in physiology, James went to teach psychology and philosophy.

In 1880, James was hired to write a book on the emerging field of psychology. He took ten years to write one of the early primers on the subject, The Principles of Psychology (1890). The book influenced such other leading thinkers as Bertrand Russell and John Dewey.

James became more interested in philosophical issues as his career progressed. In 1902, he published The Varieties of Religious Experience, which is considered to be another one of his leading works. Pragmatism (1907) further explored his philosophical beliefs.

A Pluralistic Universe (1909) proved to be his last major work to be published during his lifetime. The following year, he went to his family's summer home in Chocorua, New Hampshire, where he died of heart failure on August 26, 1910.

James married Alice Howe Gibbens in 1878. The couple had five children together—Henry, William, Herman, Margaret Mary and Alexander. James was devastated when he and his wife lost their son Herman to complications from whooping cough at the age of 2.