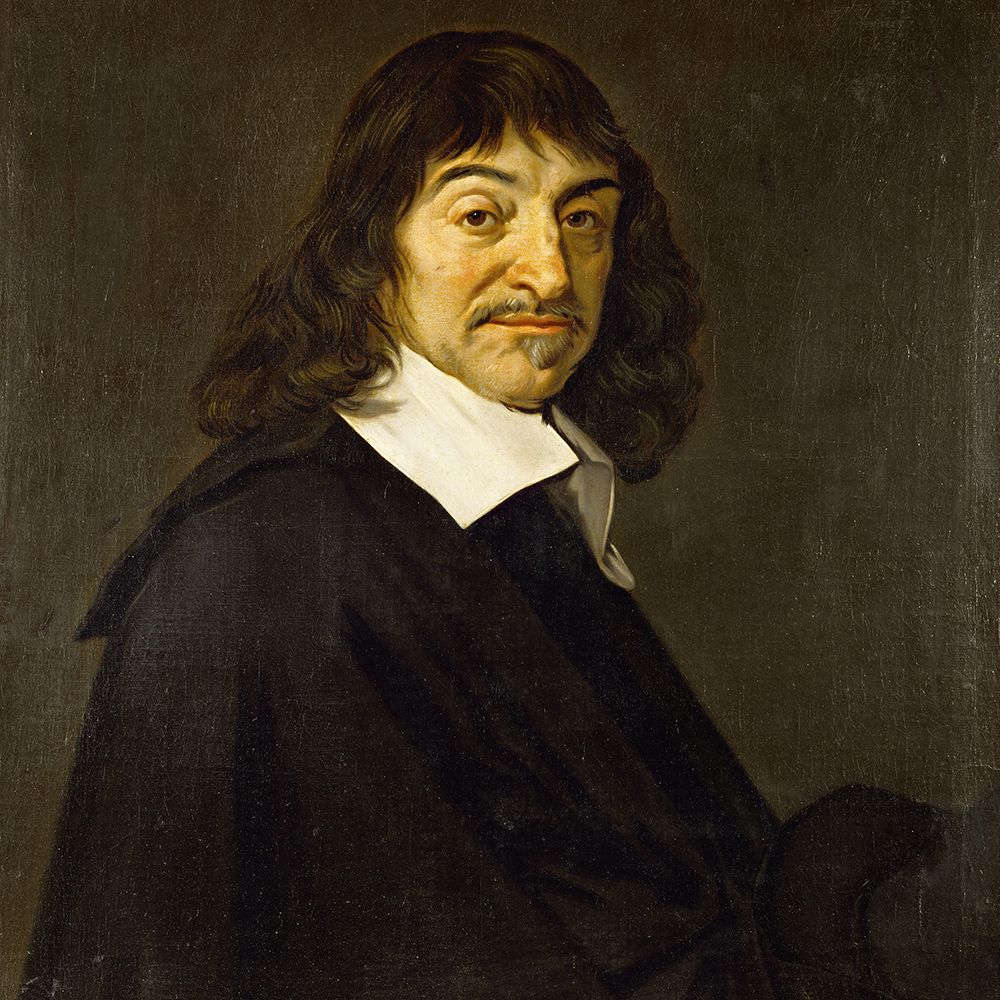 Who Was René Descartes?

René Descartes was extensively educated, first at a Jesuit college at age 8, then earning a law degree at 22, but an influential teacher set him on a course to apply mathematics and logic to understanding the natural world. This approach incorporated the contemplation of the nature of existence and of knowledge itself, hence his most famous observation, “I think; therefore I am.”

Descartes was born on March 31, 1596, in La Haye en Touraine, a small town in central France, which has since been renamed after him to honor its most famous son. He was the youngest of three children, and his mother, Jeanne Brochard, died within his first year of life. His father, Joachim, a council member in the provincial parliament, sent the children to live with their maternal grandmother, where they remained even after he remarried a few years later. But he was very concerned with good education and sent René, at age 8, to boarding school at the Jesuit college of Henri IV in La Flèche, several miles to the north, for seven years.

Descartes was a good student, although it is thought that he might have been sickly, since he didn’t have to abide by the school’s rigorous schedule and was instead allowed to rest in bed until midmorning. The subjects he studied, such as rhetoric and logic and the “mathematical arts,” which included music and astronomy, as well as metaphysics, natural philosophy and ethics, equipped him well for his future as a philosopher. So did spending the next four years earning a baccalaureate in law at the University of Poitiers. Some scholars speculate that he may have had a nervous breakdown during this time.

Descartes later added theology and medicine to his studies. But he eschewed all this, “resolving to seek no knowledge other than that of which could be found in myself or else in the great book of the world,” he wrote much later in Discourse on the Method of Rightly Conducting the Reason and Seeking Truth in the Sciences, published in 1637.

So he traveled, joined the army for a brief time, saw some battles and was introduced to Dutch scientist and philosopher Isaac Beeckman, who would become for Descartes a very influential teacher. A year after graduating from Poitiers, Descartes credited a series of three very powerful dreams or visions with determining the course of his study for the rest of his life.

Becoming the Father of Modern Philosophy

Descartes is considered by many to be the father of modern philosophy, because his ideas departed widely from current understanding in the early 17th century, which was more feeling-based. While elements of his philosophy weren’t completely new, his approach to them was. Descartes believed in basically clearing everything off the table, all preconceived and inherited notions, and starting fresh, putting back one by one the things that were certain, which for him began with the statement “I exist.” From this sprang his most famous quote: “I think; therefore I am.”

Since Descartes believed that all truths were ultimately linked, he sought to uncover the meaning of the natural world with a rational approach, through science and mathematics—in some ways an extension of the approach Sir Francis Bacon had asserted in England a few decades prior. In addition to Discourse on the Method, Descartes also published Meditations on First Philosophy and Principles of Philosophy, among other treatises.

Although philosophy is largely where the 20th century deposited Descartes—each century has focused on different aspects of his work—his investigations in theoretical physics led many scholars to consider him a mathematician first. He introduced Cartesian geometry, which incorporates algebra; through his laws of refraction, he developed an empirical understanding of rainbows; and he proposed a naturalistic account of the formation of the solar system, although he felt he had to suppress much of that due to Galileo’s fate at the hands of the Inquisition. His concern wasn’t misplaced—Pope Alexander VII later added Descartes’ works to the Index of Prohibited Books.

Descartes never married, but he did have a daughter, Francine, born in the Netherlands in 1635. He had moved to that country in 1628 because life in France was too bustling for him to concentrate on his work, and Francine’s mother was a maid in the home where he was staying. He had planned to have the little girl educated in France, having arranged for her to live with relatives, but she died of a fever at age 5.

Descartes lived in the Netherlands for more than 20 years but died in Stockholm, Sweden, on February 11, 1650. He had moved there less than a year before, at the request of Queen Christina, to be her philosophy tutor. The fragile health indicated in his early life persisted. He habitually spent mornings in bed, where he continued to honor his dream life, incorporating it into his waking methodologies in conscious meditation, but the queen’s insistence on 5 am lessons led to a bout of pneumonia from which he could not recover. He was 53.

Sweden was a Protestant country, so Descartes, a Catholic, was buried in a graveyard primarily for unbaptized babies. Later, his remains were taken to the abbey of Saint-Germain-des-Prés, the oldest church in Paris. They were moved during the French Revolution, and were put back later—although urban legend has it that only his heart is there and the rest is buried in the Panthéon.

Descartes’ approach of combining mathematics and logic with philosophy to explain the physical world turned metaphysical when confronted with questions of theology; it led him to a contemplation of the nature of existence and the mind-body duality, identifying the point of contact for the body with the soul at the pineal gland. It also led him to define the idea of dualism: matter meeting non-matter. Because his previous philosophical system had given man the tools to define knowledge of what is true, this concept led to controversy. Fortunately, Descartes himself had also invented methodological skepticism, or Cartesian doubt, thus making philosophers of us all.