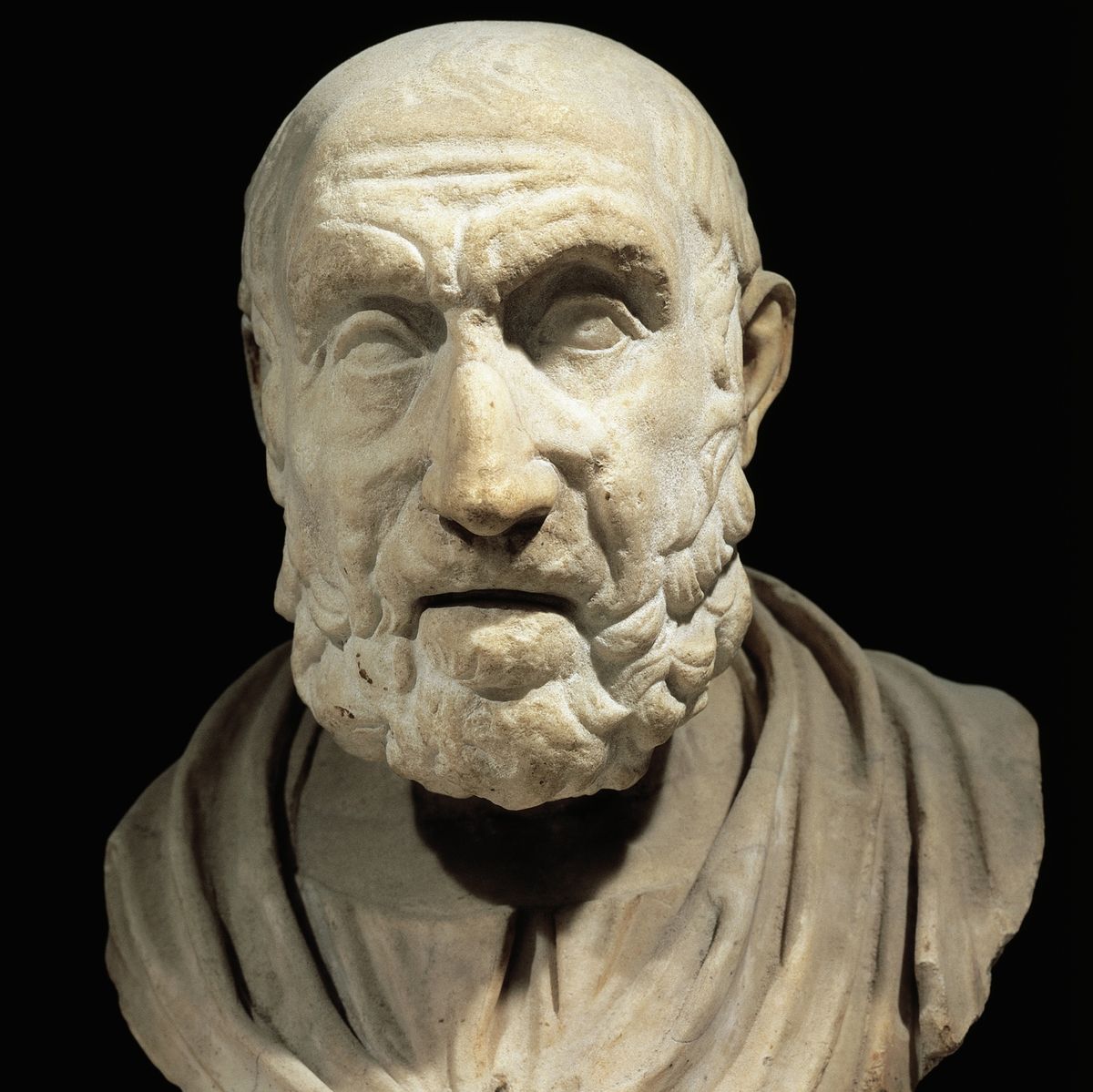 Greek physician Hippocrates lived during the age of Pericles. Though considered the paragon of modern medicine, it’s difficult to separate the facts from the legend and adequately assess his medical acumen. A compilation of writings attributed to Hippocrates presents a rudimentary understanding of how the body works and the nature of disease. A lasting legacy is the Hippocratic oath, derived from his ethical practices and standards, that serves as a moral guide for physicians today.

Hippocrates was born on the Aegean island of Kos around the middle of the fifth century, BCE. With little knowledge of his life experiences, historians rely on a biography written some 500 years after his death by another Greek physician, Soranus, which was drawn from legend and a collection of medical writings commonly called the Hippocratic Corpus.

His formal name was Hippocrates Asclepiades, meaning "descendant of (the doctor-god) Asclepios." Born into a wealthy family, the son of Praxithea and Heracleides, Hippocrates was likely given a solid education in the basic subjects. He went on to a formal secondary school before learning medicine from his father and another physician Herodicus. Historians believe Hippocrates traveled throughout the Greek mainland and possibly Libya and Egypt practicing medicine.

Known for his teaching as much as his healing abilities, Hippocrates passed on his medical knowledge to his two sons and started a school for medicine on the island of Kos around 400 BCE. It was probably here that many of the methods attributed to Hippocrates were developed.

Much of what is known about these methods comes from a collection of more than 60 medical books known as the Hippocratic Corpus, considered the oldest writings on medicine. Compiled 100 years after his death, historians believe the documents may be the work of many different physicians practicing medicine during Hippocrates’ lifetime and later. However, a unique aspect of the writings is that they share basic assumptions about how the body works and the nature of disease. The books were written for different fields of medicine—physicians, pharmacists, and the layperson, not so much to practice medicine, but to be able to talk with the doctor.

According to the Corpus, Hippocratic medicine recommended a healthy diet and physical exercise as a remedy for most ailments. If this did not reduce sickness, some type of medication was recommended. Plants were processed for their medicinal elements. The Corpus also describes how joints could be repositioned, the importance of keeping records of case histories and treatments, and the relationship between the weather and some illnesses.

Though Hippocratic medicine believed disease was caused by natural forces — instead of the will of the gods as was commonly believed — it didn’t have a firm understanding of the nature of what makes people ill. Doctors at the time only observed sick people, not the diseases themselves. Most descriptions of internal organs were based on what could be seen or felt externally. Dissections of animals were performed to make comparisons with the human body, but fifth-century Greek ethics forbid dismemberment of humans.

The very familiar “Hippocratic Oath” is a document on medical practices, ethics, and morals. Originally, Hippocrates was credited with composing the oath, however, newer research indicates it was written after his death by other physicians influenced by the medical practices in the Corpus. Though not applied in its original form today, the many modernized versions that exist serve as the foundation for the oath medical graduates take at the start of their careers. Some of the basic tenets of the oath include practicing medicine to the best of one’s ability, sharing knowledge with other physicians, employing sympathy, compassion and understanding, respecting the privacy of patients and helping to prevent disease whenever possible.

Little is known about Hippocrates' death or age, though it is widely held that he died in the Ancient Greek town of Larissa, around 377 BCE. Many historians believe he may have lived into his 80s or 90s. What is known is that he made a major contribution to medicine and set a standard for ethical practices.