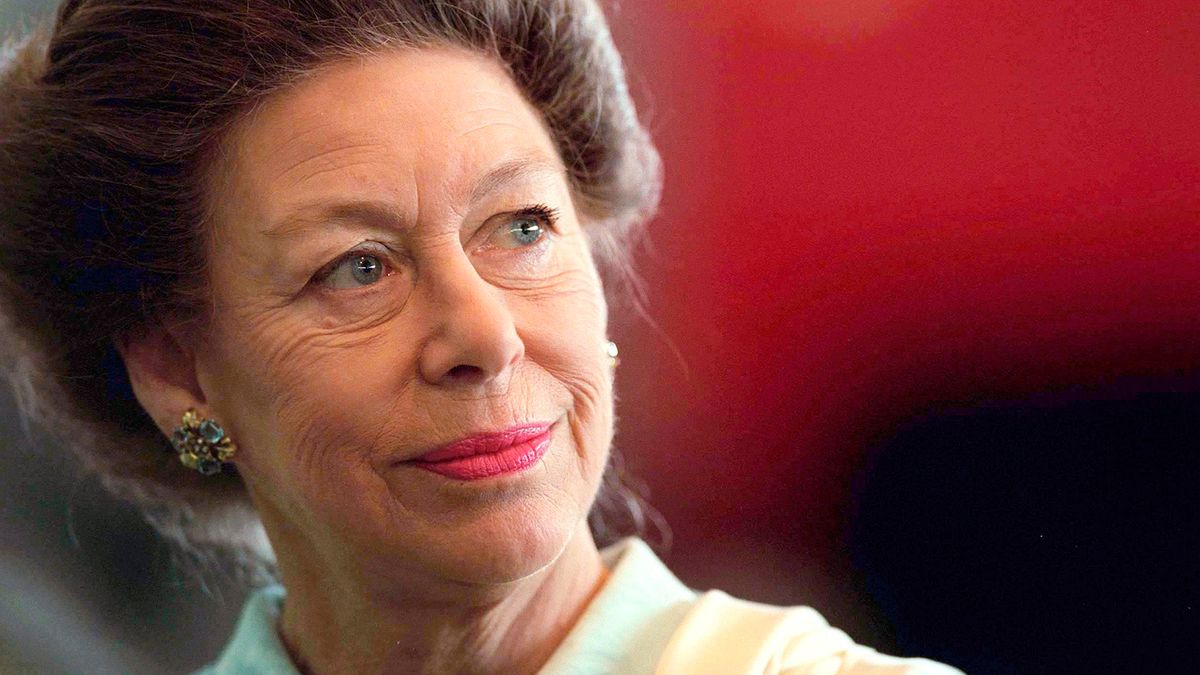 Queen Elizabeth II of England was the single biggest landowner in the world. Her sister, Princess Margaret, meanwhile, had a lock on the column inches and cover pages of the British tabloids for much of the mid-to-late 20th century.

Margaret was in many ways the quintessential modern royal, caught between tradition, duty, desire and public opinion. She grew up with immense privilege and enjoyed all the luxuries that came with royalty, but was also frustrated by the unique limitations that it placed upon her. Margaret died in 2002 after struggling with health problems for much of her adult life, many of them fueled by the unhappiness that came with the burdens of her circumstances.

Four years younger than her sister, Margaret was 6 years old when her uncle, King Edward VIII, abdicated the throne so that he could marry an American divorcee, Wallis Simpson. She moved into Buckingham Palace with her family, headed by her father, the new King George VI. They stuck it out in England throughout World War II and Margaret grew into a gregarious, funny teenager, qualities that would later become her calling card.

Tragedy struck in 1952 when King George VI died in his sleep after struggling with lung cancer, which elevated Elizabeth, just 25 at the time, to the throne. Margaret and her father were exceptionally close and she was said to have eaten dinner with him in what would turn out to be his final hours. From that point on, Margaret’s penchant for the occasional smoke became a serious addiction, and she became known for smoking up to 60 strong Chesterfield cigarettes a day.

It was a year that would shape her life in many ways.

Margaret fell in love with Group Captain Peter Townsend, a handsome and decorated soldier who had served her father as an aide beginning in 1944. He was 16 years her senior and married with two children, but the two had an instant connection. They grew closer following George’s death and Townsend subsequently divorced his wife later in 1952, intent on marrying Margaret.

They were seen together at Elizabeth’s coronation in 1953, and he indeed proposed that same year. She instantly accepted, but the same staid tradition that forced her uncle to abdicate the throne delayed any hope of marriage. Not only was she required to receive permission from Elizabeth under the Royal Marriages Act 1772, but the Church of England also would not bless any royal union with a divorcee if their ex-partner was still living. Elizabeth asked them to wait for a time and Townsend was sent off to Brussels. When he returned in 1955, Margaret no longer needed her sister’s permission to wed but felt duty-bound to call off the engagement.

The princess was devastated by the decision, which hardly felt like one made of her own free will; had she married Townsend, she would have had to rescind all her rights as a royal, just like her uncle had done. Given all the tumult around the crown at the time, it wasn’t really an option. 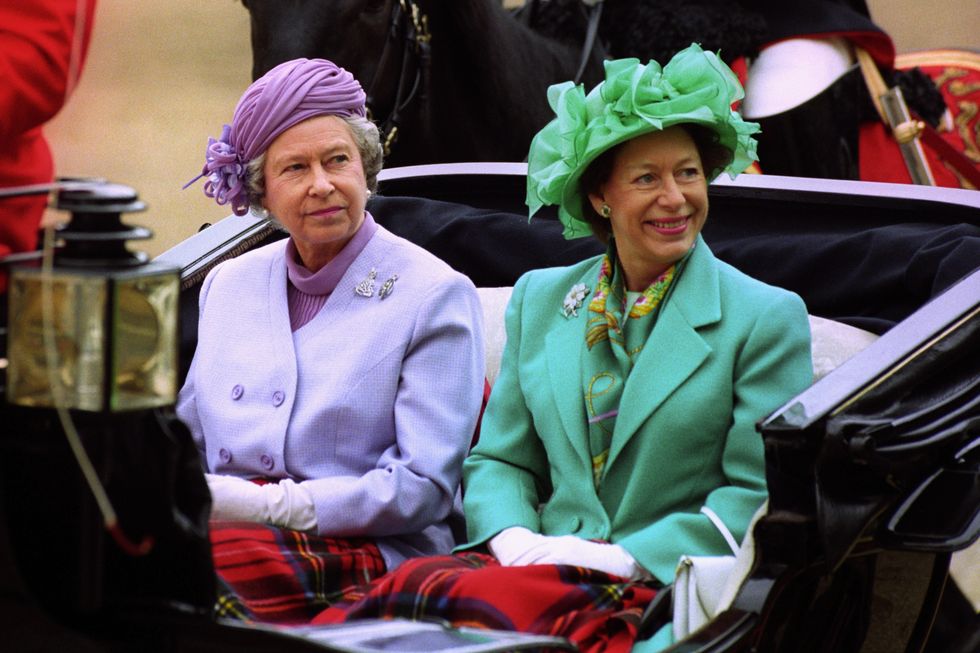 Five years later, Margaret married a celebrity photographer named Antony Armstrong-Jones, the first royal marriage to be broadcast on live television. Over 300 million people watched the two wed. Together they dove into the swinging ‘60s, embracing the decade’s hedonistic pleasures to the extreme. She was already no stranger to indulgences; her morning routine famously started with chain-smoking in bed and late breakfasts of vodka before a lunch that revolved around big glasses of wine.

Margaret and Armstrong-Jones, who became Lord Snowdon, had two children in quick succession but never stopped being the life of the party. They drank and smoked to great excess, partying with Mick Jagger, Peter Sellers and other A-list celebrities. Theirs was a true affection, but their personalities and backgrounds increasingly brought them into conflict and their marriage began its slow downward trajectory in the late ‘60s.

Lord Snowdon began avoiding the spotlight, working endless hours in his role as the art director of The Sunday Times, and treating Margaret with increasing cruelty. Both initiated extramarital affairs; Margaret began seeing a Scottish writer named Robin Douglas-Home, while Lord Snowdon had a series of indiscretions while on the road for work. The press began reporting on their troubles in 1967, which led to an attempt to reconcile, but it was of little use.

They continued to drift, and Margaret began an affair with Roderic Llewellyn, a man 18 years her junior, in 1973. Llewellyn joined her on trips to the Caribbean island of Mustique. It was on that island that Margaret was said to have a nervous breakdown in 1974, which allegedly led to friends and family having her room bugged. She sought treatment for depression from Mark Collins, a psychiatrist at Priory Clinic, a hospital known for treating the rich and famous.

All the while, she continued to drink and smoke, her husband no longer willing to speak with her and engaging in affairs of his own. After word of her relationship with Llewellyn made the tabloids, in 1976, Margaret and Lord Snowdon officially separated. Margaret lost a lot of standing with the public, with the tabloids following her every move, mocking and speculating and noting her increasing time in the Caribbean.

Reports over the years have suggested that she tried to commit suicide by overdosing on sleeping medication, though Margaret herself denied the incident.

"I was so exhausted because of everything that all I wanted to do was sleep,” she would later say. “And I did, right through to the following afternoon."

Margaret and Lord Snowdon divorced in 1978, the first royal divorce in 400 years. Just as her love life was limited by her predecessors, Margaret’s decision to dissolve her own marriage later opened doors for later generations of British royals.

That same year, Margaret began what would turn out to be 25 years of sporadic illness and tragic decline. She was diagnosed with hepatitis and gastroenteritis, which required a public statement from Kensington Palace, and was hospitalized for several days; the divorce announcement actually came while she was sick in bed at home. Her relationship with Llewyn ended in 1980, and after that, she would never have any significant romantic relationships.

The ‘80s began a period of frequent illness and physical difficulties

Her popularity rebounded with time, but her health continued to suffer. Hepatitis returned in 1984 and Margaret underwent emergency lung surgery in 1985 when doctors removed part of her left lung after more than 30 years of smoking. She was lucky to not have a malignant tumor like King George had suffered, but the parallels with her beloved father were there for all to see.

The princess allegedly gave up smoking for a time after the operation, but was right back to it three months later, returning to a relatively tamer habit of 30 cigarettes a day. Then she was said to have increased her smoking habit back to its peak once she was persuaded to retire her infamous penchant for drinking whiskey.

Unfortunately, the many years of hard living made for a sad final decade for the princess. In 1992, she had to cancel engagements and was hospitalized for a fever, and in 1993, she was hospitalized with pneumonia, That incident finally induced Margaret to kick cigarettes for good.

Margaret suffered a stroke in 1998 while vacationing in Mustique, the vacation retreat that became something of a house of horrors. She was enjoying time at a friend’s home on the island when she fell ill, and the news spread widely enough that Buckingham Palace announced it to the world shortly after.

The stroke didn’t seem all that serious, and photographers snapped her walking to a car that took her to the local hospital in Barbados. Further, a spokesman for the Mustique Company, which operated the island, promised in a press statement that Margaret “was able to walk from her car across the Tarmac to the plane” and that “she was also sitting on the plane, there was no need for a stretcher."

Still, the stroke would inaugurate five years of ongoing health crises. It was again in Mustique that Margaret suffered badly scalded feet while getting into a bath. The Telegraph suggested she’d had a delayed reaction to the hot water due to her having Raynaud's Disease, a circulatory disease sometimes caused by smoking. She was bedridden for a while as she recovered, though the palace disputed reports that she’d been hospitalized in serious condition. Still, from that point forward, Margaret would generally be seen in a wheelchair during her rare public appearances.

The next few years were marked by solemn reports of medical distress in both the serious newspapers and the tabloids, which tended to dramatize the incidents. She reportedly took to her bedroom with a bout of serious depression in late 2000, though the palace pushed back on that report; instead, she received medical treatment for what was supposedly another stroke, though it may have just been the lingering effects of the first one she suffered.

Margaret was said to be very upset by the sale of her home on Mustique, even if it had been the site of troubles throughout the years. Even worse was the partial loss of her eyesight in April 2001, an affliction caused by the effects of multiple strokes, including one that was confirmed to have occurred the month prior.

Margaret’s last public appearance came in December 2001, when she attended the 100th birthday celebration of Princess Alice, Duchess of Gloucester. In February 2002, Margaret suffered another stroke and died in her sleep the following day at King Edward VII Hospital.