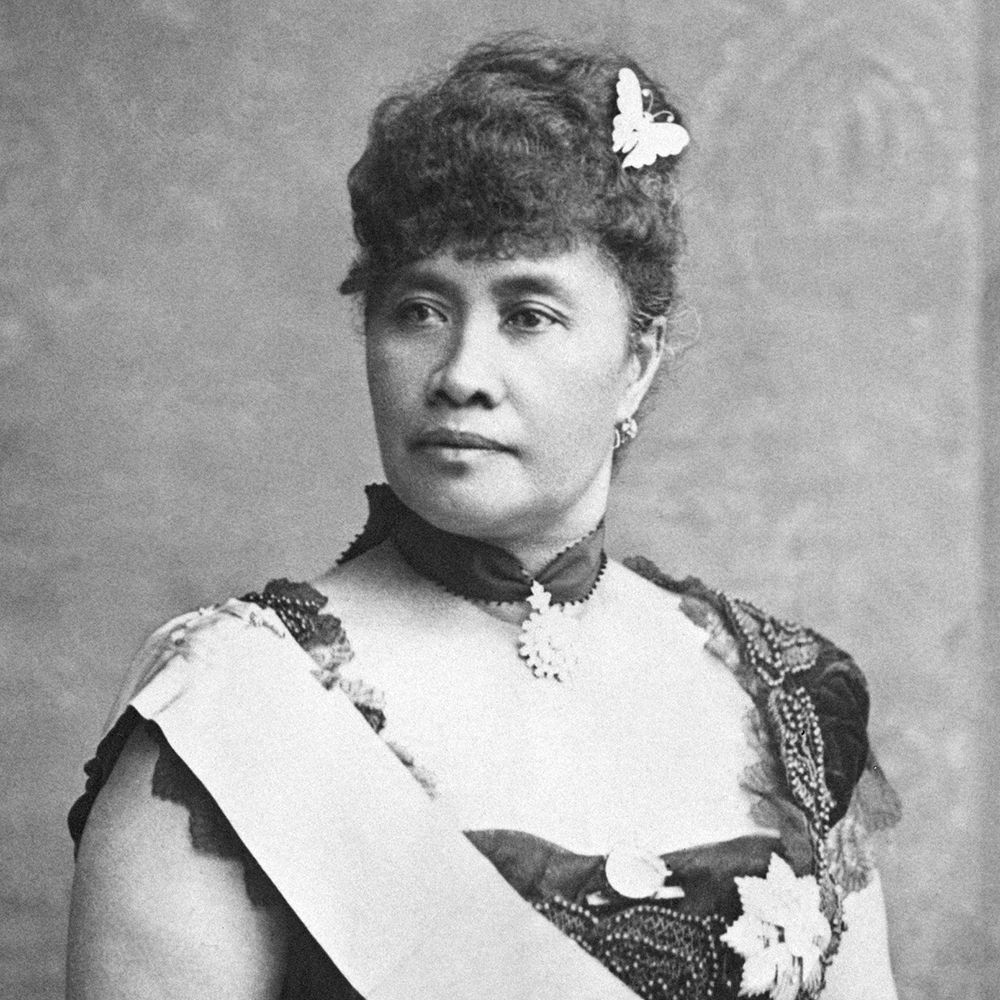 Liliuokalani was born into a royal Hawaiian family in 1838 and was educated at a missionary school. In 1891, following the death of King Kalakaua, she became the first female monarch of the country. Relegated to house arrest after annexationists staged a coup, Liliuokalani officially abdicated the throne in 1895. She died from complications related to a stroke in 1917.

Born Lydia Kamakaeha in Honolulu, Hawaii, on September 2, 1838, Liliuokalani was the daughter of a high-ranking chieftess who served as an adviser to King Kamehameha III. Liliuokalani was educated at the missionary-run Royal School, where she learned to speak fluent English and received some musical training. She would retain her interest in music and poetry, producing more than 160 songs over the course of her life, including the beloved "Aloha 'Oe." As a princess, Liliuokalani's education also included travels to the Western world.

Liliuokalani became a member of the court of Kamehameha IV as a young lady. In 1862, she married John Owen Dominis, a government official and son of an American ship captain who had moved his family to Honolulu in 1837.

Path to the Throne

In 1874, Liliuokalani’s older brother, David Kalakaua, was named king. When her younger brother, William Pitt Leleiohoku, died three years later, Liliuokalani was announced as Kalakaua’s heir apparent. In the years that followed, Liliuokalani did much to lay the foundations for her future on the throne, devoting her efforts to establishing schools for Hawaiian children and serving as regent during the king’s 1881 tour of the world. It was in this capacity that she demonstrated what would be her lifelong devotion to the Hawaiian people and first made enemies on the islands: When a smallpox epidemic on Oahu led her to close its ports, she was hailed by many locals but also drew the ire of wealthy sugar cane growers.

In 1887, Liliuokalani accompanied Kalakaua’s queen on a trip to attend Queen Victoria’s Golden Jubilee in England. While traveling, she learned that the king had been coerced by an armed militia into signing a new constitution — later known as the "Bayonet Constitution" — which effectively stripped the monarchy of its power and placed it in the hands of white American and European businessmen.

Queen of the Kingdom of Hawaii

In January 1891, King Kalakaua died and Liliuokalani became the first woman to take the throne. She would also be the kingdom’s last ruler. After she attempted to establish a new constitution that would restore power to the monarchy and the Hawaiian people, a group known as the "Committee of Safety" staged a coup with the support of U.S. Minister John Stevens. Wishing to spare her people a bloody conflict, Liliuokalani stepped down but appealed to President Grover Cleveland to restore her to power. Despite his sympathy to her plight, the president’s efforts ultimately proved ineffective, and in 1894 annexationists established the Republic of Hawaii, with Sanford Dole named its first president.

The following January, Liliuokalani and a group of her supporters were arrested by the new government and charged with treason for their implication in an attempted insurrection. After serving several months of house arrest, on January 24, 1895, she signed a document formally abdicating her throne in exchange for the release and pardon of her compatriots.

After establishing the "Oni pa'a" (Stand Firm) movement to fight the annexation and making several more unsuccessful appeals to the U.S. government, Liliuokalani relented and lived out her life as a private citizen. She was granted a small pension by the provisional government, and on July 7, 1898, the Hawaiian Islands were officially annexed by the United States.

Liliuokalani lived out her days at her Washington Place estate, where she frequently received visitors from near and abroad coming to pay her their respects. She died from complications related to a stroke on November 11, 1917, at age 79, and was honored with a state funeral. Her remains were interred in the Royal Mausoleum at Mauna 'Ala.