When was Archie Mountbatten-Windsor born?

Meghan Markle gave birth to Archie Harrison Mountbatten-Windsor on May 6, 2019, at 5:26 a.m. in the United Kingdom. He weighed 7 pounds 3 ounces at birth. Prince Harry was present for the delivery.

Harry personally announced Mountbatten-Windsor's arrival later that day near their home in Windsor, England. Unlike other royals, Markle did not take part in a photo op with her husband and child a few hours after giving birth.

A happy Duke and Duchess appeared with Mountbatten-Windsor on May 8 at Windsor Castle. Markle said of her son, "He has the sweetest temperament. He's really calm." 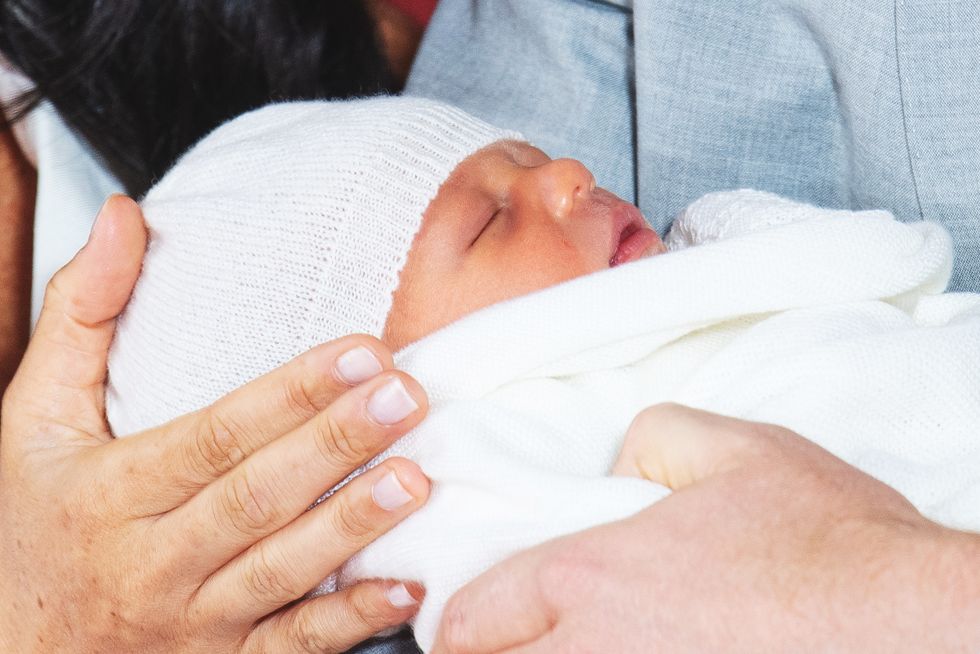 Where was Archie Mountbatten-Windsor born?

Mountbatten-Windsor was born at the private Portland Hospital in Westminster.

The Duke and Duchess of Sussex's choice of Archie, which is a diminutive of Archibald, surprised many observers. Names with royal histories — such as Albert, Arthur or Philip — were considered more likely contenders. Spencer, the family name of Harry's mother Princess Diana, was also seen as a possible pick.

Many members of the royal family have multiple middle names — Prince Harry's full name is Henry Charles Albert David — so it is unusual for Mountbatten-Windsor to have just one.

Archie is a popular name in the United Kingdom, having been ranked as the No. 18 choice for boys in 2017 by the U.K. Office for National Statistics. Harrison was ranked at No. 34.

Meanings for the name Archie include "genuine," "bold" and "brave." Harrison, which means "son of Harry," offers a connection to Mountbatten-Windsor's father.

Mountbatten-Windsor was christened in a private ceremony at Windsor Castle on July 6, 2019. The archbishop of Canterbury baptized the two-month-old boy, who was dressed in the christening gown previously worn by his cousins Prince George, Princess Charlotte and Prince Louis.

Why isn't Archie Mountbatten-Windsor a prince?

Though Mountbatten-Windsor is the son of a prince, he was not automatically born with the same title due to conditions laid down by King George V in 1917, which were intended to limit the number of princes and princesses in the royal family. As the second son of Prince Charles, Prince Harry does not meet the requirements for passing on his princely status.

In Mountbatten-Windsor's generation, only his first cousin Prince George, as Prince William's firstborn son, was automatically entitled to be a prince. Princess Charlotte and Prince Louis, the younger children of William and Kate Middleton, received their titles due to Queen Elizabeth II's intervention.

It's possible for the queen to make Mountbatten-Windsor a prince as well, but she would likely only do so at the request of his parents.

Why doesn't Archie Mountbatten-Windsor have a title?

It's assumed the Duke and Duchess chose this designation in the hopes of giving their son the opportunity to enjoy a more normal childhood. Prince Harry knows that his cousins Zara Tindall (née Phillips) and Peter Phillips, the children of Prince Charles' sister Princess Anne, were content to grow up without titles.

When Prince Charles becomes king, Mountbatten-Windsor will be the grandson of a monarch, and under present rules could become His Royal Highness Prince Archie. However, this may not happen. Charles could adjust the rules around the designation to avoid having too many titled royals. And Charles' younger brother Prince Edward has two children who did not become Royal Highnesses, despite being the grandchildren of Queen Elizabeth II.

As the firstborn son, Mountbatten-Windsor should one day inherit his father's title of Duke of Sussex.

At birth, Mountbatten-Windsor was seventh in the line of succession to the British throne. He is the closest potential inheritor of the British crown without a title.

Given this status, Mountbatten-Windsor will likely never become a working royal who makes public appearances on behalf of the crown. Instead, he should be able to choose his own career.

Mountbatten-Windsor is the eighth great-grandchild of Queen Elizabeth II and Prince Philip, and the fourth grandchild of Prince Charles and the late Princess Diana.

Some of Markle's ancestors were kept as slaves in the United States, so Mountbatten-Windsor is descended from both kings and enslaved people.

When she became engaged to Harry in 2017, Markle announced that she intended to apply for British citizenship. However, the process takes several years, so at the time of Mountbatten-Windsor's birth Markle was still an American citizen. For an American to pass on citizenship to a child born outside the United States, she must have lived in the United States for at least five years, with two of those years falling after the age of 14. Markle more than meets those requirements, so her son qualified for U.S. citizenship at birth.

However, Mountbatten-Windsor's parents would need to report the birth to an American consulate to obtain proof of citizenship. Without this paperwork, he will not be able to acquire a U.S. passport.