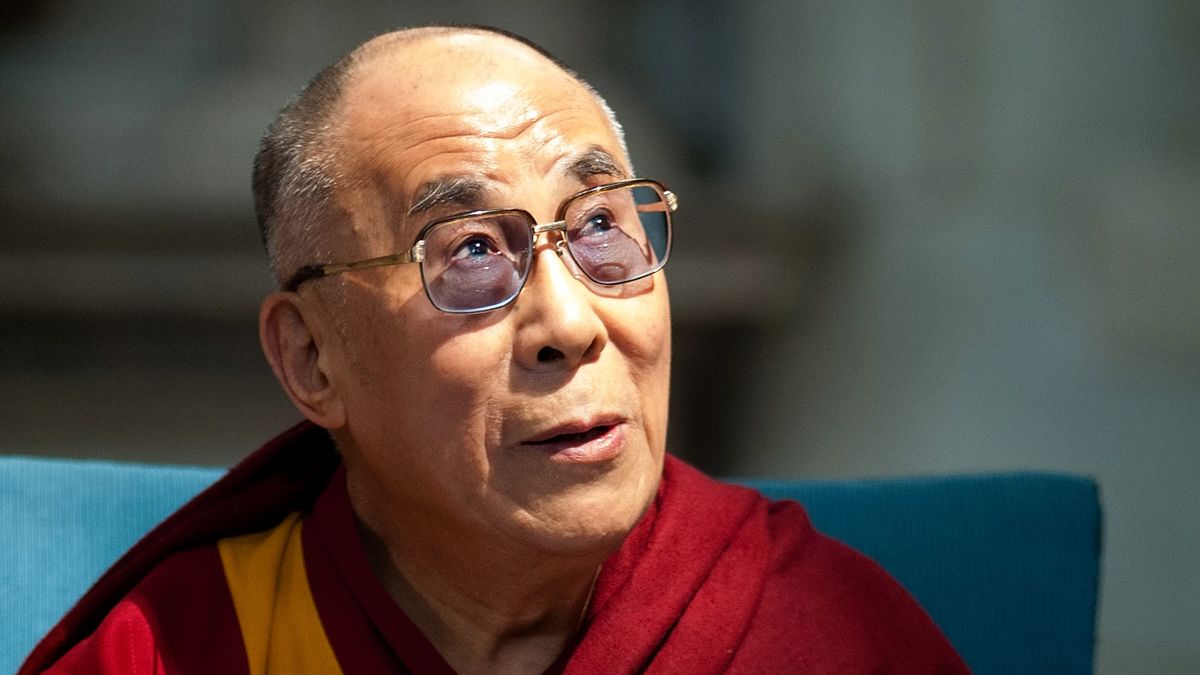 Lhamo Thondup was just a 2-year-old boy, one of seven children living on a farm in a small Tibetan village, when a search party declared him the 14th Dalai Lama.

Before the discovery, he was considered an ordinary boy who spent time collecting eggs in the family’s chicken coop with his mother, according to the Office of His Holiness the Dalai Lama.

“Another favorite occupation of mine as an infant was to pack things in a bag as if I was about to go on a long journey,” he says, according to the office. “I'm going to Lhasa, I'm going to Lhasa, I would say. This, coupled with my insistence that I be allowed always to sit at the head of the table, was later said to be an indication that I must have known that I was destined for greater things.”

Alexander Gardner, director and chief editor of The Treasury of Lives, a resource for the lived history of Tibet and its surrounding regions, says it is entirely normal for a child as young as 2 to be identified as a reincarnated lama.

“Particularly in the case of powerful incarnations such as the Dalai Lamas or Karmapas, the search would begin almost immediately,” he says, noting a suitable amount of time would need to pass following the death of the last lama. “The consciousness of the dead lama would have to enter the womb of the mother of the next incarnation and be born, and then they would need the child to be old enough to show signs and be subjected to tests. So 2 is reasonable; a year transition, and a child of about a year old to test.”

Armed with a series of signs, a search party, commissioned by the Tibetan government and led by high lamas and dignitaries, was dispatched to locate the new incarnation of the previous 13 dalai lamas — the first of which was born in 1391.

“First, the leading lamas of the government and the Geluk monasteries had to read the supernatural signs, and then they had to consult the State Oracle, called the Nechung Oracle,” Gardner says. “The oracle is a monk possessed by a deity who answers questions in a language only a trained attendant can understand. The hat he wears during the possession is said to be so heavy that it would snap the neck of a man not possessed.”

Signs, according to Gardner, included the movement of the body of the 13th Dalai Lama, which was placed in state in a sitting position, facing south, but a few days later, faced to the northeast. “This indicated that the reincarnation would be found to the northeast of Lhasa, meaning the Amdo region (mostly now contained in the Chinese province of Qinghai),” he says.

Other signs pointed to a specific monastery and house, which eventually lead the search party to the family home of the 14th Dalai Lama. 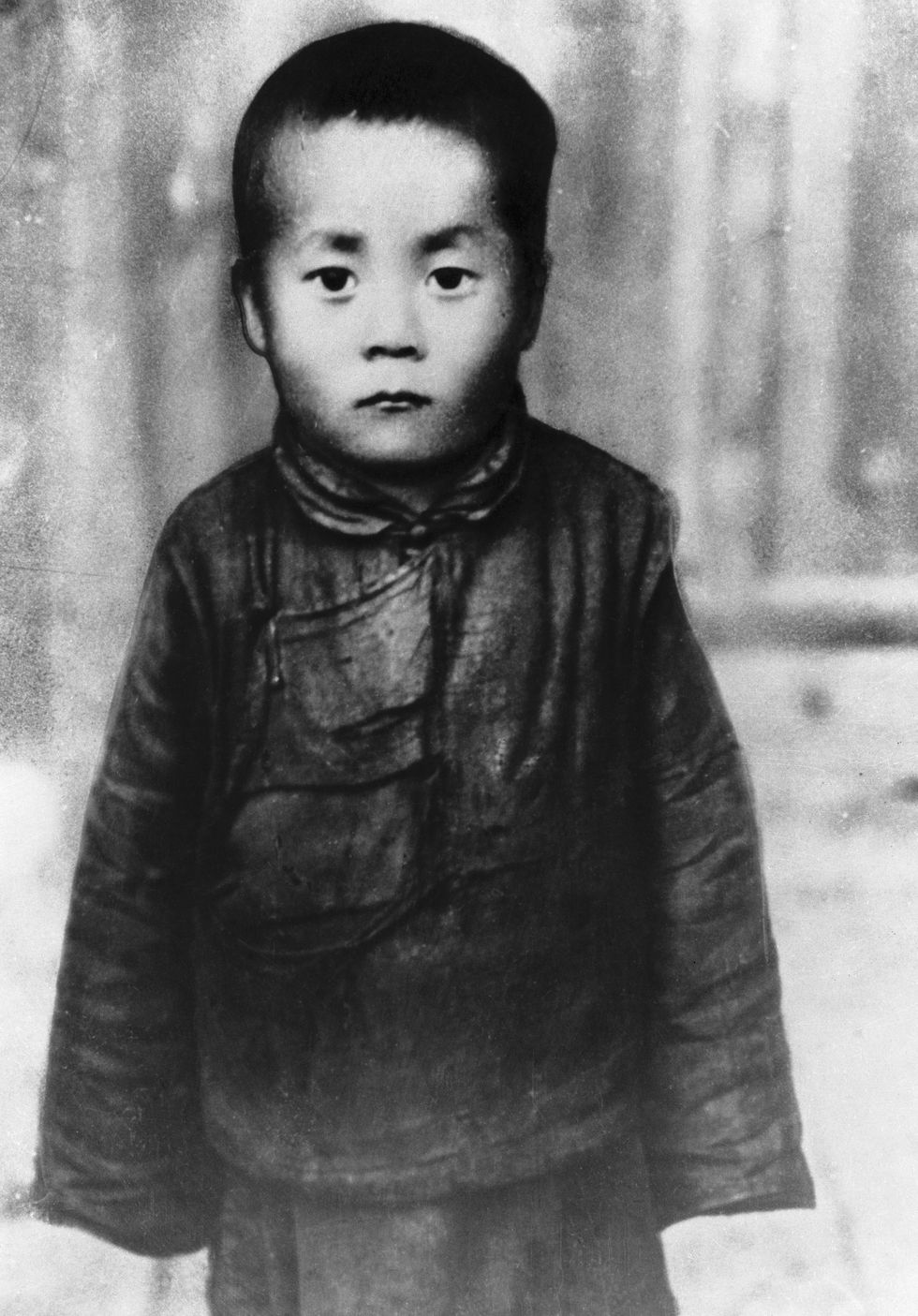 According to Gardner, two members of the search party disguised themselves as travelers who had lost their way and requested lodging at the boy’s house. Although the leading lama, Keutsang Rinpoche, was dressed as a servant, the child went straight to him and sat in his lap.

“He reached inside the man’s robes and took out a rosary claiming it to be his; that rosary had been given to the lama by the 13th Dalai Lama,” Gardner says. “The boy also identified the lama as ‘Sera Lama,’ Sera being the monastery in Lhasa where Keutsang Rinpoche was based. When the lama left the next morning the boy clung to him and begged to be taken along.”

A few days later, according to Gardner, the entire search party returned, without disguises, and brought with them a rosary and ritual drum which had belonged to the 13th Dalai Lama.

“They showed them to the child alongside another rosary and drum — the drum that wasn’t the 13th Dalai Lama's was more ornate to increase its appeal,” he says. “In both cases, the child picked up the correct item and claimed that they were his.”

In his first autobiography, My Land and My People, the Dalai Lama writes that it is common for small children who are reincarnates to recall objects and people from their previous lives.

“Some can also recite the scriptures although they have not yet been taught them,” he writes. “All I had said to the lama had suggested to him that he might at last have discovered the reincarnation he was seeking.”

Recognized as the new Dalai Lama, the boy officially took the throne as the spiritual leader of Tibet at age 4 on February 22, 1940.

“In terms of a 4-year-old taking the throne, the dalai lamas had been on the Tibetan throne for over 250 years by then, so the country was used to it,” Gardner says. “Tibet didn’t make a distinction between religious and political power. The Dalai Lama was a god in human form (Chenrezig, the bodhisattva of compassion), and he was the head of state. He could teach the path to liberation and he could negotiate international treaties. Of course, there was a cabinet and an assembly and advisors of all sorts, but these also were all monks, so the religious and political power was all unified.”

But given that the Tibetan government operated with reincarnated successors, waiting until adulthood was not an option, Gardner adds.

“They would place the child on the throne, but the regent would continue to rule the country until the Dalai Lama came of age,” he says. “Other Tibetan incarnations are enthroned in a similar way, becoming the head of a monastery while just a few years old, with abbots and other administrators actually running the place.”