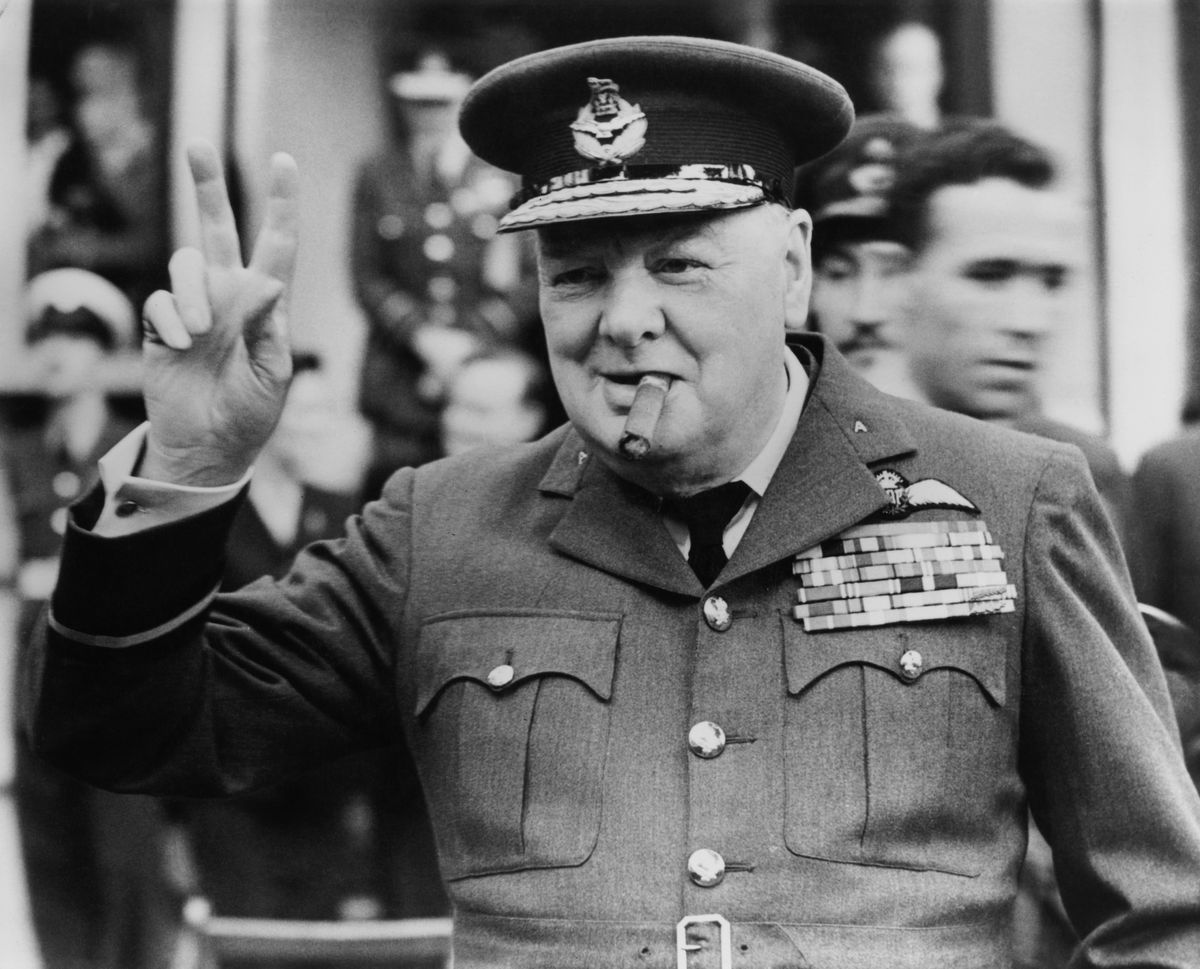 One of the most important statesmen of the 20 century, Winston Churchill became famous for his oratorical skills and political leadership in the United Kingdom. But Churchill became just as well-known for his trademark cigars, which he devotedly smoked for the majority of his life. And while the negative side effects of his habit might shock modern sensibilities, Churchill believed that smoking helped bolster him to face the daunting challenges of his personal and political life.

Born in November 1874, Churchill was a member of one of Britain’s most aristocratic families. His father, Randolph, was a prominent politician and member of Parliament, and his American mother, Jennie Jerome, was the daughter of a wealthy New York financier. The couple’s marriage was strained, and though young Winston would admire and try to emulate his father’s early political success, their relationship was difficult. Churchill adored his mother, who was loving but emotionally distant, leaving her young son eager to gain her attention and admiration.

A bright but disinterested student, he attended a series of boarding schools before barely passing his entrance exams for Harrow, one of Britain’s most elite schools. His parents were troubled by his lackluster performance and behavior. When they learned that their son had begun smoking cigarettes with his fellow schoolmates, his mother quickly turned to bribery to nip the habit in the bud. In a September 1890 letter, she promised to give him both a pistol and a pony if he would give up smoking and focus on his studies. Young Churchill quickly agreed but showed his early tactical skills by negotiating a six-month break, rather than the several years his mother had requested. Ironically, although he smoked cigarettes during these teen years, Churchill quickly grew to dislike them and would refuse to smoke cigarettes as an adult. 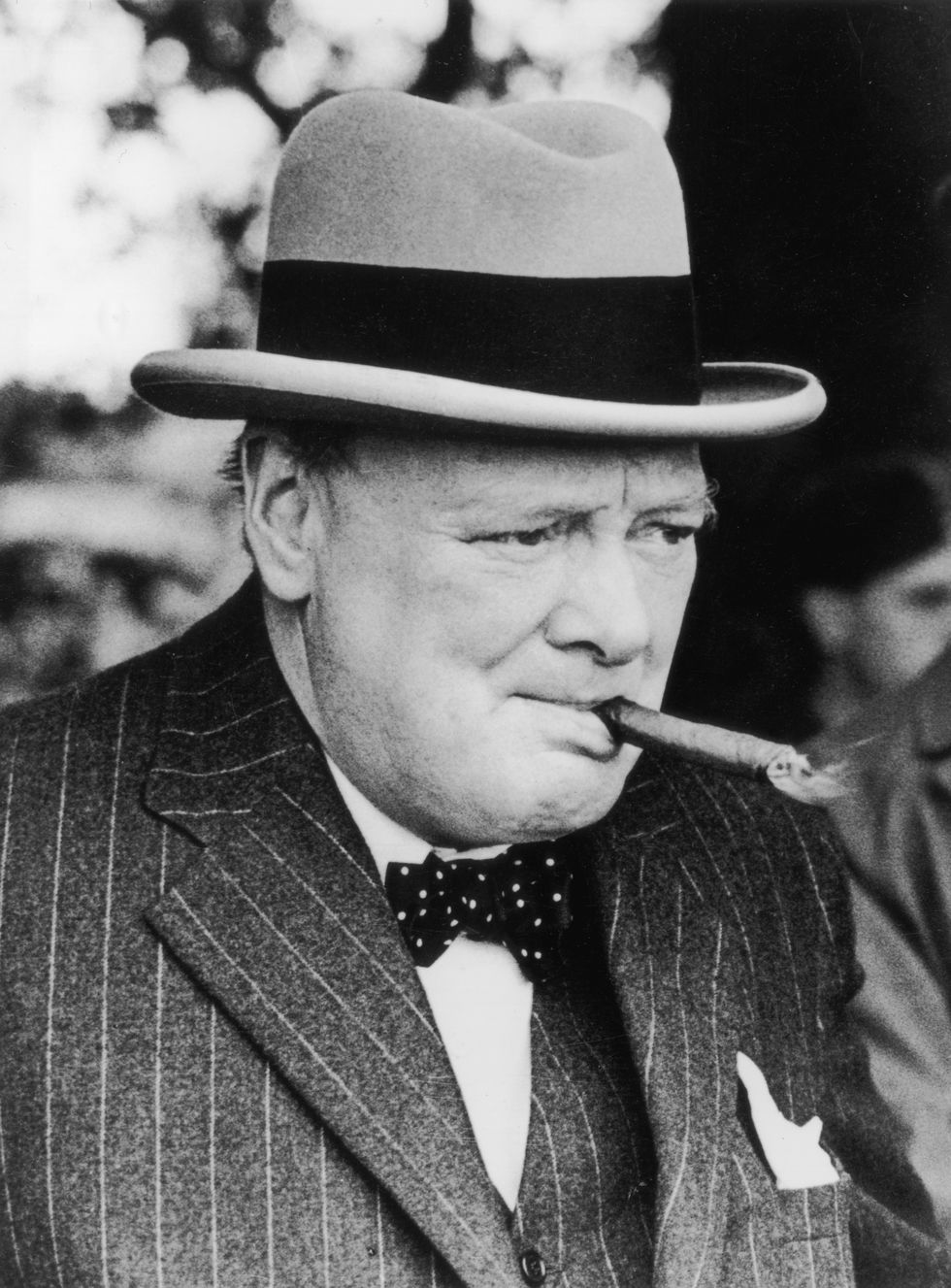 His love of cigars began while he was serving in Cuba

Eager to make a name for himself, Churchill sought out opportunities for fame, experience and glory. In 1895, after graduating from the Royal Military Academy Sandhurst, he and a fellow officer traveled to Cuba, which was then in the throes of a battle for independence from Spain.

Although Churchill spent just a few months in Cuba, he almost immediately became hooked on one of its most famous products. While he would sometimes smoke other brands, it was two Cuban ones, Romeo y Julieta and La Aroma de Cuba, which became his preferred cigars. For the rest of his life, friends, associates and a series of Havana dealers would send him regular shipments, ensuring he had access to his prized Cubans, even in times of crisis and war.

Churchill smoked as many as 10 cigars a day

A legendary drinker, Churchill sometimes began his day with a glass of Scotch while still in bed and continued drinking throughout the day (although he was rarely noticeably drunk). His smoking habit was just as prodigious, as he puffed away through work, meetings and meals. But his oral fixation meant that he often chewed on the ends of his cigars, leaving them gummy and gnarled. So, he wrapped the cigars with a special kind of paper, which he called a “bellybando,” to keep them dry. He sometimes let the cigars continually burn without inhaling them, which may have limited the amount of tobacco he was actually taking in.

Never the most fastidious of men, Churchill left a wave of cigar smoke and ashes in his wake, often to the horror and dismay of society hostesses. His wife, Clementine, reportedly devised a kind of bib for her husband to wear in bed to keep both alcohol and ashes from damaging his clothes to no avail — his clothes had to be mended regularly to repair the damage.

Churchill suffered a series of financial crises throughout his life, thanks in no small part to his fondness for entertaining, fine food and drink. And, of course, cigars. While it’s impossible to estimate just how much he spent, one of his valets noted that in just two days Churchill smoked the equivalent of the valet’s weekly salary. He built a specialized storage room adjacent to his study at Chartwell, his home in the Kent countryside, which could hold 3,000-4,000 cigars, all carefully organized, categorized and labeled. He even had a favorite silver ashtray, which was laid out for him every morning and even traveled with him in its own custom-made suitcase. 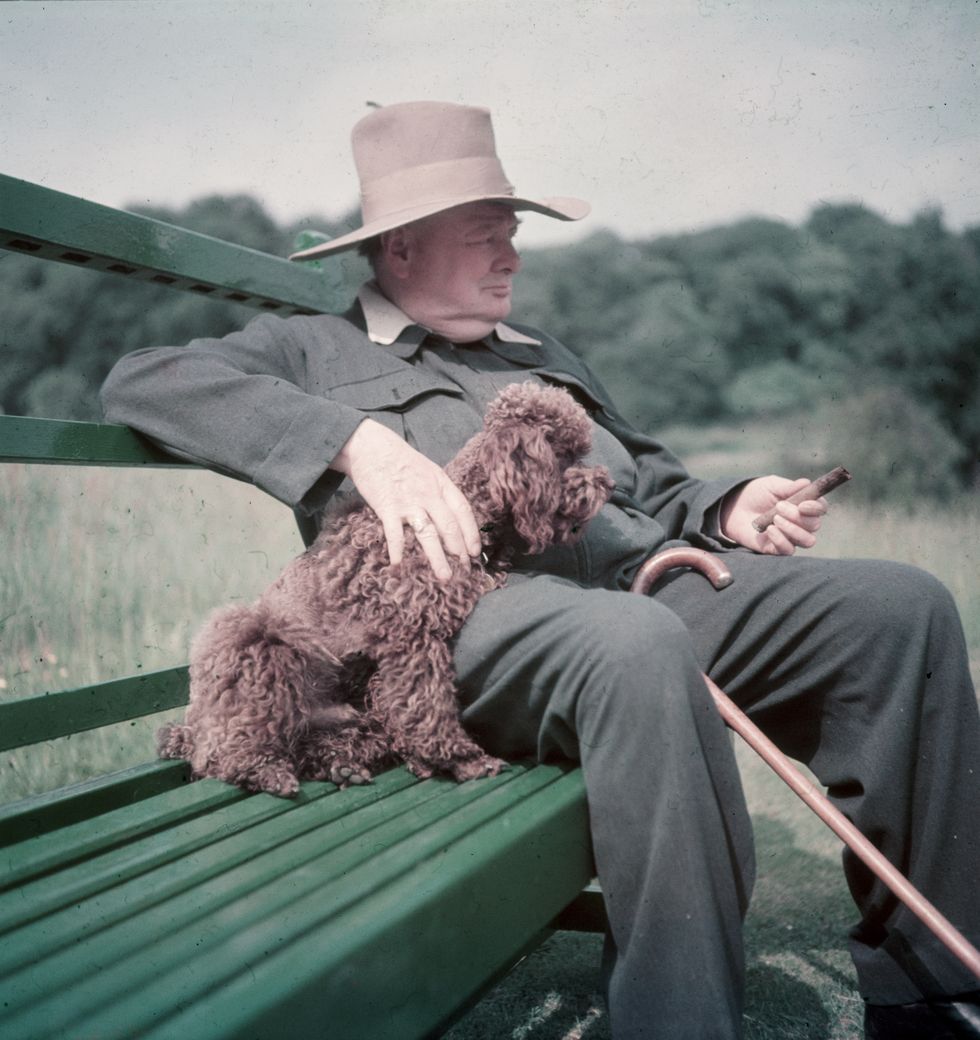 Winston Churchill with his poodle, Rufus, on a bench on his estate at Chartwell in 1950.; Photo: Mark Kauffman/Time & Life Pictures/Getty Images

Photographs of Churchill with his bowler hat and omnipresent cigars became commonplace, making it difficult to separate the man from his trademark accessories as his decades-long political career ebbed and flowed. In 1931, during a particularly low period, a British political cartoonist depicted Churchill attacking his opponents with a Tommy Gun, dubbing him “Cigarface,” an homage to the popular Hollywood gangster film Scarface.

A decade later, with Churchill back in power and now serving as Prime Minister, he was featured on a series of commercially-sold items, including a ceramic mug of him smoking. He even famously had a customized oxygen mask created that enabled him to smoke during high-altitude flights he made during World War II.

Churchill and his cigars remain indelibly connected today, more than 50 years after his death. Several companies manufacture and market Churchill-branded cigars and accessories. Churchill-related memorabilia is also a lucrative market, as evidenced by the $12,000 a Palm Beach, Florida collector paid in 2017 for a partially-smoked cigar that Churchill puffed at a Paris airport in 1947.

Although renowned today for his steadfast leadership of Britain during World War II, Churchill suffered periods of uncertainty throughout his life, including the severe depressions he called his “black dog” moods.

And while some may have considered his incessant smoking and drinking as a deadly vice, Churchill certainly believed otherwise. In his 1932 collection of essays, “Thoughts and Adventures,” Churchill recalled his parent’s early attempt to curb his smoking habit, but reflected on why he was unable — or unwilling — to quit, writing, “How can I tell that the soothing influence of tobacco upon my nervous system may not have enabled me to comport myself with calm and courtesy in some awkward personal encounter or negotiation, or carried me serenely through some critical hours of anxious waiting? How can I tell that my temper would have been as sweet or my companionship as agreeable if I had abjured from my youth the goddess Nicotine?"

And, in the end, despite a lifetime of unhealthy habits, Churchill lived on until he died in 1965, at age 90.