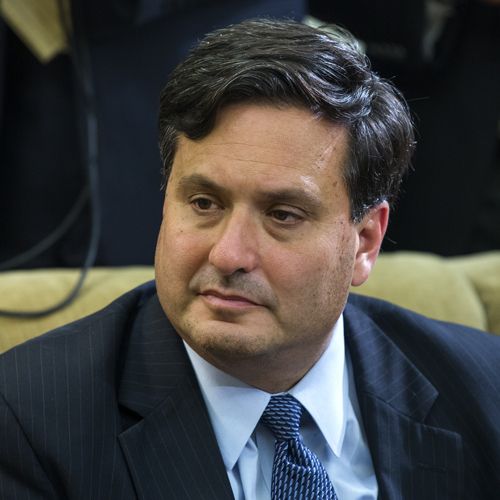 Who Is Ron Klain?

Raised in Indianapolis, Indiana, Ron Klain was well versed in political campaigning by the time he entered Harvard Law School. He was named associate general counsel and Vice President Al Gore's chief of staff in the Bill Clinton administration, and later became Vice President Joe Biden's top aide and the "Ebola czar" under President Barack Obama. Klain, who has also served as counsel, adviser and board member for numerous organizations, rejoined Biden for the 2020 U.S. presidential campaign and was tapped as the president's chief of staff in November 2020.

Ronald A. Klein was born on August 8, 1961, in Indianapolis, Indiana, to dad Stanley, a building contractor, and mom Sarann, a travel agent.

After managing Massachusetts Congressman Ed Markey's 1984 Senate campaign, Klain entered Harvard Law School. He won the Sears Prize for the top grade-point average in 1985 and served as editor of the Harvard Law Review, before earning his J.D. in 1987.

A fast-rising star in the Beltway, Klain clerked for Supreme Court Justice Byron White during the 1987-88 term and assisted with Delaware Senator Biden's run for president in 1988. He then advised Biden as chief counsel for the Senate Judiciary Committee from 1989 to 1992, a period marked by the controversial Supreme Court confirmation hearings of Clarence Thomas in 1991.

Klain joined Clinton's 1992 presidential campaign as an adviser and debate coach, the latter a duty he would fulfill for generations of Democratic candidates to come. He became associate counsel to President Clinton, where he was tasked with judicial selections like the nomination of Ruth Bader Ginsburg to the Supreme Court, and then chief of staff to Attorney General Janet Reno.

Klain served as Vice President Gore's chief of staff for nearly four years, until announcing his departure in August 1999. He returned to the then-Democratic presidential candidate's team to lead the heavily contested and ultimately unsuccessful Florida recount in late 2000.

After spending the better part of a decade in the private sector, Klain returned to the federal government as Vice President Biden's chief of staff from 2009 into early 2011.

During this time Klain also headed the rollout of President Obama's American Recovery and Reinvestment Act of 2009. While generally successful at fending off the damages of the Great Recession, the massive stimulus program also suffered from poor optics, including the underwhelming "Recovery Summer" of 2010 and the government's investment in the failed solar power manufacturer Solyndra.

President Obama again turned to his former aide to lead the U.S. government's response to the Ebola pandemic in October 2014. While the move was criticized for Klain's lack of a medical background, the "Ebola czar" effectively organized the joint military and civilian response in West Africa and handled the thorny aspects of evacuating infected Americans from the area and the disposal of Ebola-related hospital waste.

His success was such that the president announced the withdrawal of nearly all of the 3,000 troops deployed to West Africa in February 2015, around the time Klain stepped down from the position. In response, the president released a statement which read: "He took on a challenge that many called insurmountable, and, in leading the team responsible for the tremendous progress, helped remind the world what makes America so exceptional."

Biden 2020 Campaign and Chief of Staff

Klain returned to familiar ground as a top Biden aide for the 2020 presidential campaign. Along with fulfilling his regular role of debate coach, he emerged as a leading critic of President Donald Trump's response to the coronavirus pandemic.

After Biden was named the election's winner by most major media outlets on November 7, 2020 – a result contested by Trump's legal team – the president tapped Klain for the role of chief of staff on November 11.

Corporate Law and Board Memberships

Before and after his time with the Gore campaign team, Klain served as a partner at the Washington, D.C., office of O'Melveny & Myers LLP, where he lobbied for major clients like lender Sallie Mae and pharmaceutical company ImClone.

Klain then forged a longtime partnership with AOL founder Steve Case, signing on as executive vice president and general counsel for Case's investment firm Revolution LLC in 2005. Additionally, he was named president of Case's holding company in 2011.

After leaving the Obama administration, Klain became an external advisor to the Skoll Global Threats Fund and chair of the advisory board for investment firm Higher Ground Labs. He has also served on the boards of the American Progress Action Fund, the American Constitution Society and Third Way, and as an adjunct professor at Harvard Law and Georgetown.

Klain is married to lawyer and environmentalist Monica Medina, founder of the newsletter Our Daily Planet. They have three children: Hannah, Michael and Daniel.