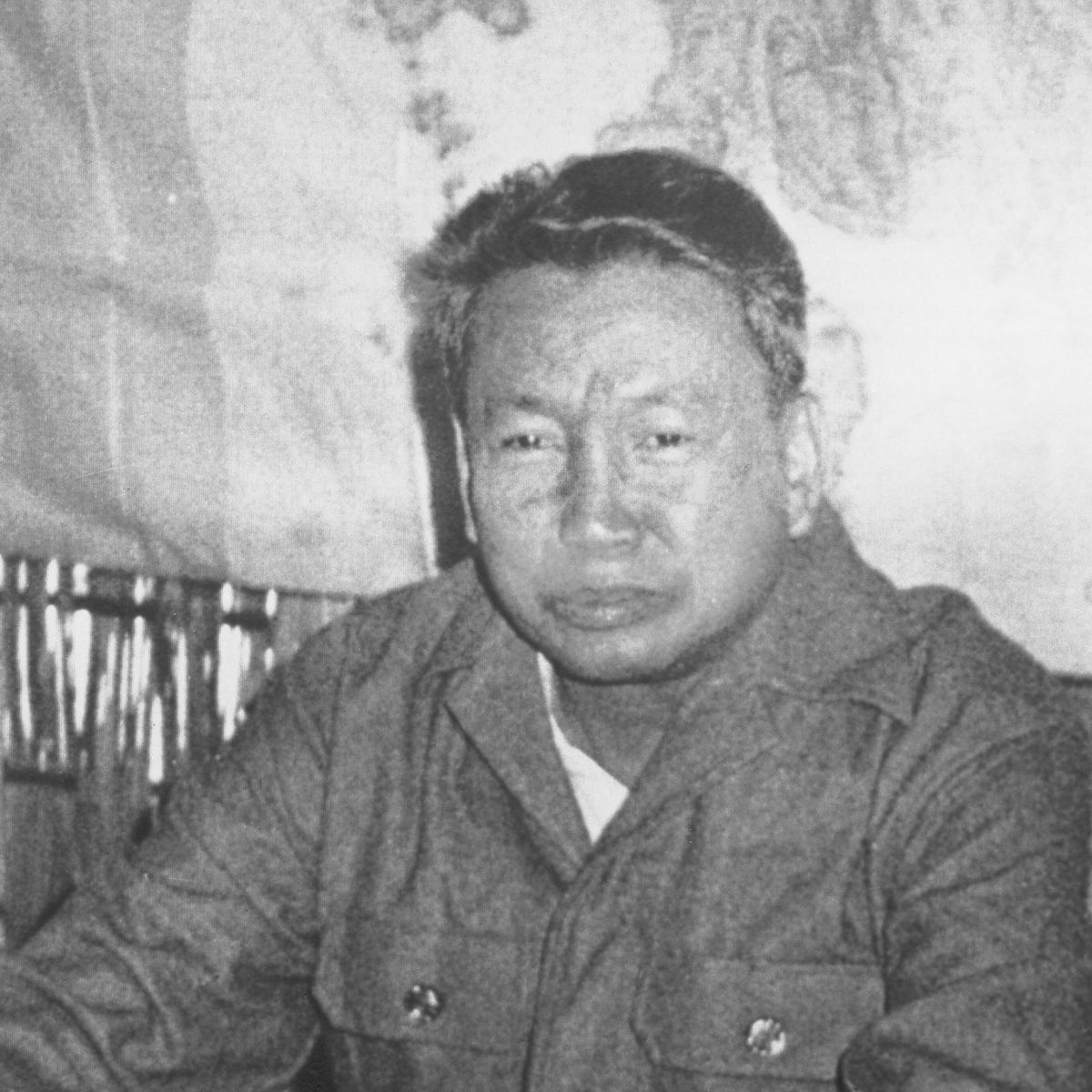 Who Was Pol Pot?

Pol Pot rose to power as leader of the Khmer Rouge, Cambodia’s Communist regime, which took control of the country in 1975. During its reign, which ended in 1979, Pol Pot oversaw the deaths of an estimated one to two million people from starvation, overwork or execution. The mass graves he commanded his people to dig were often referred to as "the killing fields." Pol Pot was arrested in 1997 and died under house arrest on April 15, 1998.

Pol Pot was born Saloth Sar on May 19, 1925, in Kompong Thom Province, Cambodia. He was the eighth of nine children born to relatively prosperous parents who owned 50 acres of rice paddies.

Saloth was initially educated at a monastery in the capital city of Phnom Penh and later attended a French Catholic school. He eventually studied carpentry and then received a government scholarship which sent him to Paris to study radio technology in 1949. In Paris, he became involved with the Communist Party, taking on the name Pol Pot. When his scholarship was withdrawn, he returned to Cambodia, intent on building a revolution there.

In 1956, Pol Pot married Khieu Ponnary, whom he had met in Paris, and became a high school educator.

In 1962, Pol Pot became his party's secretary general. Afraid he would be arrested, he fled Phnom Penh the following year. In 1970, Cambodia’s Prince Norodom Sihanouk was overthrown and replaced by Lon Nol, who had U.S. support. After a civil war, which included heavy U.S. bombing aimed at preventing communist leaders from taking over Cambodia, the Khmer Rouge army took control of Phnom Penh in spring 1975. Setting the calendar to “Year Zero,” Pol Pot and the Khmer Rouge embarked on building what they considered to be the new Cambodia.

The Khmer Rouge was one of the most brutal regimes of the 20th century. Pol Pot had been influenced and impressed by China’s Cultural Revolution under Mao Tse-tung, thus following that country’s lead in evacuating cities and forcing people into a rural, farming life. More than two million people were evacuated from Phnom Penh when the Khmer Rouge took power. The evacuation process itself was ruthless, as even children, elderly people and those who were hospitalized were forced to move. Thousands died in just the first few weeks of the Khmer Rouge’s reign.

Until 1979, the Khmer Rouge executed those they believed represented the “old society.” That included intellectuals, merchants, Buddhist monks, former government officials and former soldiers. In addition, they targeted members of Cambodia’s ethnic minorities. Half of the Chinese living in Cambodia at the time were killed, as were about 90,000 Muslims of the Cham culture. Vietnamese residents were either expelled or murdered.

According to estimates, the Khmer Rouge was responsible for one to two million deaths in Cambodia. One group that suffered huge losses was the new farm workers, recently arrived from the cities, who labored under devastating conditions. Forced to toil nonstop on very little food, many died of starvation, disease or overwork.

Those who survived were subjected to the Khmer Rouge’s control of virtually every aspect of their lives. The government outlawed money, private property, religion and most books. The dictatorship separated children from their parents and forced arranged marriages.

With a recent history of border conflicts, Vietnam entered Cambodia by late 1978, deposing Pol Pot and the Khmer Rouge early the following year. As the country opened its borders to outsiders, the world became aware of the full horror of Pol Pot’s tenure as Cambodia’s leader. Mass graves, or "killing fields," provided evidence of the atrocities, with Pol Pot found guilty of genocide by a tribunal though he was never imprisoned.

The horror of the regime was depicted in the 1984 Oscar-nominated film The Killing Fields, directed by Roland Joffé and featuring Haing S. Ngor and Sam Waterston.

Pol Pot fled Phnom Penh for the jungle upon Vietnam's occupation, with his party later receiving support from the U.S. and China. Pol Pot retired as leader of the Khmer Rouge by the late 1980s. In a 1997 interview by the Far Eastern Economic Review, he said, “I came to carry out the struggle, not to kill people. Even now, and you can look at me: am I a savage person?” Pol Pot also claimed, “My conscience is clear.”

In 1997, a faction of the Khmer Rouge arrested Pol Pot and tried him in what many consider to have been little more than a show. He was placed under house arrest, where he died on April 15, 1998 of natural causes near Anlong Veng, Cambodia.