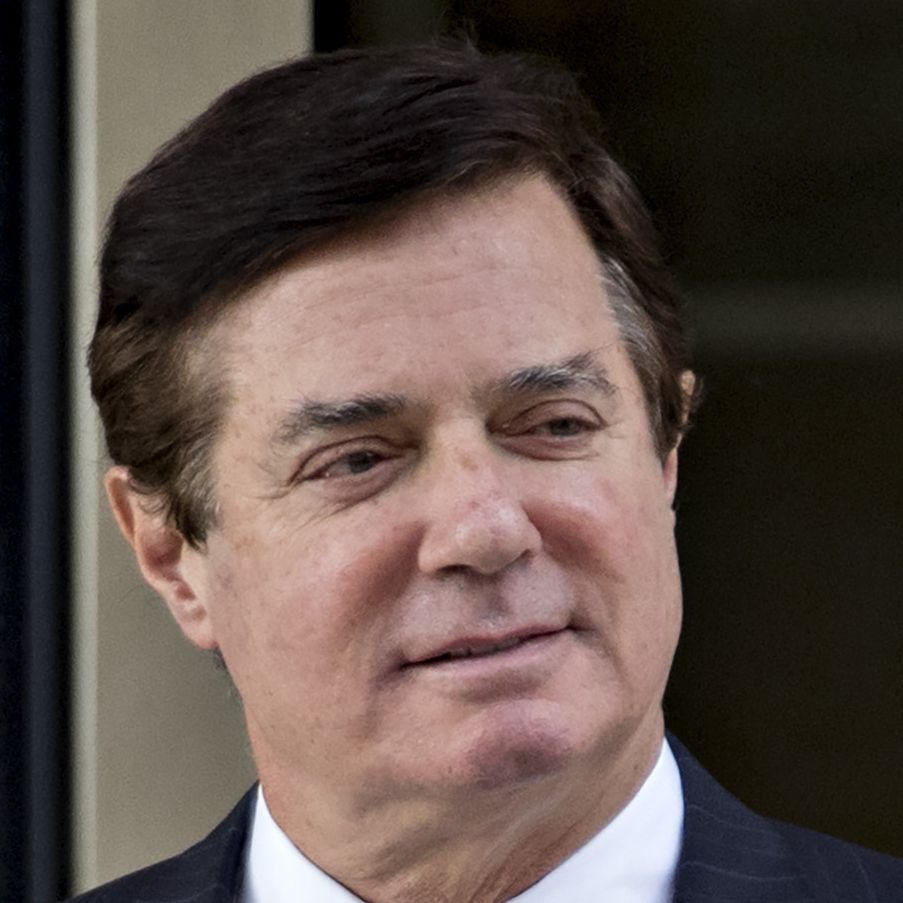 Who Is Paul Manafort?

Paul J. Manafort Jr. served as one of Donald J. Trump's campaign managers during America's 2016 presidential election. Prior to this Manafort had earned a reputation as a political consultant who offered his lobbying skills to clients around the globe, some of whom were among the world's most corrupt rulers. In October 2017, a federal grand jury indicted Manafort on 12 counts, including money laundering and conspiracy against the United States — a result from the investigation of special counsel Robert Mueller. Following an August 2018 trial, in which he was convicted on eight counts of bank and tax fraud, and an attempted plea deal, he was sentenced to 7 1/2 years behind bars.

In 1971, Manafort graduated with a degree in business administration from Georgetown University; he received his law degree from the same school in 1974.

Beginning a Career in Politics

During the 1976 Republican National Convention, President Gerald Ford was facing a challenge from Ronald Reagan. Manafort corralled delegates to make sure the incumbent president remained his party's nominee (Ford would lose the general election to Jimmy Carter).

Manafort lobbied for clients from around the world, including regimes in the Philippines, Kenya and Nigeria. Many of those he served had demonstrated little respect for human rights.

Manafort registered the firm DMP International in 2011. This is the firm that, between 2012 and 2014, received more than $17 million for work in the Ukraine. 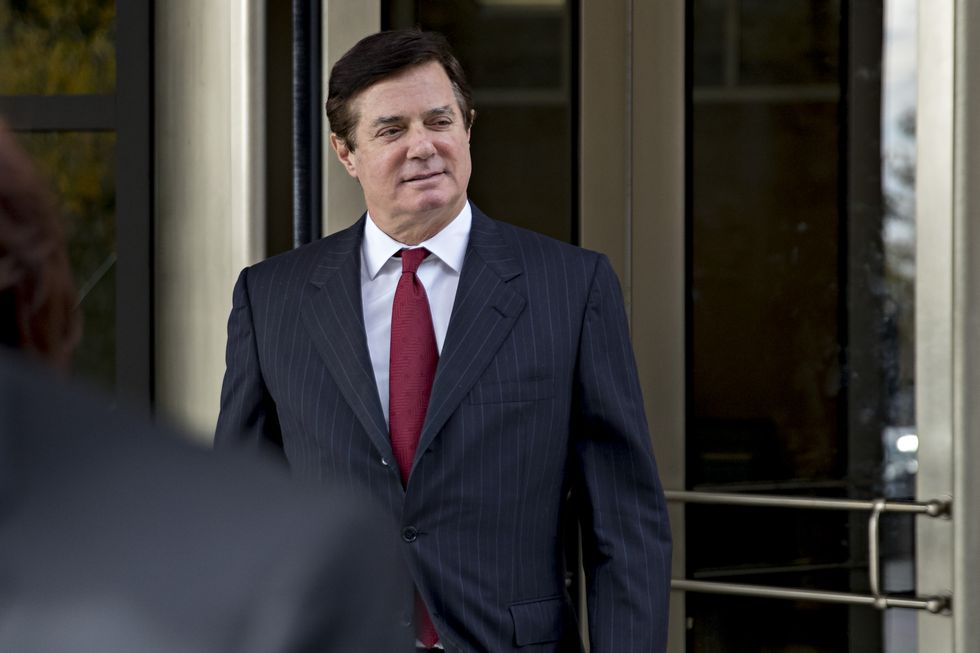 Paul Manafort, former campaign manager for Donald Trump, walks out of the U.S. Courthouse after a bond hearing in Washington, D.C., on Monday, Nov. 6, 2017.
Photo: Andrew Harrer/Bloomberg via Getty Images

In 2006, Manafort signed a $10 million-per-year contract with Oleg Deripaska, a Russian oligarch with close ties to Vladimir Putin. With Rick Gates, Manafort started Pericles, a private equity fund, in 2006; Deripaska became an investor.

In 2014, Deripaska filed a petition alleging Manafort owed him millions from an investment, a claim that seems to have been put aside by late 2015. A report by NBC News in October 2017 stated that Deripaska's known business dealings with Manafort added up to approximately $60 million.

The Washington Post reported in September 2017 that while Manafort was working on the Trump campaign he reached out, via an intermediary, to offer Deripaska "private briefings" on the presidential race. There is no evidence such briefings occurred.

Manafort began to work for Ukraine's Viktor Yanukovych and his Party of Regions after questions of electoral fraud (and the poisoning of an opponent) led to the country's highest court annulling a Yanukovych victory in the 2004 Ukrainian presidential election. Manafort guided the politician through an image makeover; critics also say the consultant went along with campaign tactics that exacerbated the divide between the country's Russian and Ukrainian speakers.

Yanukovych won the presidency in 2010; this time he successfully took office. But his pro-Russian stance — he decided not to sign a European Union pact in November 2013 — led to massive protests against him. In February 2014, Yanukovych fled to Russia. Manafort continued to offer counsel to Yanukovych's former political party, which renamed itself the Opposition Bloc.

The foreign agent paperwork that Manafort filed in 2017 showed that from 2012 to 2014 his firm received more than $17 million from Ukraine clients. Manafort also brought in other lobbying firms, including the Podesta Group, via a think tank in Belgium.

In March 2016, Manafort became an adviser to Donald Trump's presidential campaign. At the time Trump was facing possible delegate defections at the national convention; as Manafort had forestalled a similar challenge in 1976 by wrangling delegates, his skills were appreciated. Manafort became manager of the campaign in June, putting him in charge during the Republican National Convention in July.

Manafort offered his services for free, which was unusual for him. Though he'd been introduced to Trump by mutual acquaintance Roy Cohn in 1979 or 1980, and had purchased a condominium in New York City's Trump Tower in 2006, Manafort wasn't close to the candidate.

On June 9, Manafort, along with Jared Kushner and Donald Trump Jr., met with a Russian lawyer who supposedly had negative information to share about Hillary Clinton, the Democratic presidential nominee. Manafort later gave investigators notes he'd taken on a smartphone during the meeting.

An article about an alleged $12 million in illegal payments made to Manafort during his time in Ukraine was published by the New York Times in August (Manafort denied these payments; in 2017 Ukrainian prosecutors would state they had no proof of them). On August 19, 2016, Manafort left the campaign.

On October 30, 2017, Manafort surrendered to the FBI to face a 12-count indictment. The charges included conspiracy, failing to register as a foreign agent, not reporting foreign income and making false statements. Manafort was also accused of laundering $18 million. In court he pleaded not guilty to the charges and was released on house arrest with a $10 million bond.

The charges were assembled by special counsel Robert Mueller and his team. Mueller's focus was on Russian interference into the 2016 election, but his office also took over earlier investigations of Manafort (so as not to have overlapping federal inquiries). The charges largely stem from events before the campaign, though Manafort had not registered his prior work as a foreign agent while spearheading Trump's election efforts (in 2017, Manafort belatedly submitted this paperwork).

FBI agents with a no-knock warrant searched Manafort's house in Virginia on the morning of July 26, 2017. They were looking for tax documents and records from foreign banks.

On January 3, 2018, Manafort filed a lawsuit against Mueller and the Justice Department, saying prosecutors had overstepped their bounds by investigating "decade-old business dealings" and charging him for conduct unrelated to Russian interference in the 2016 presidential election.

Manafort's legal problems deepened when Mueller unsealed a new, 32-count indictment in late February that charged the former Trump adviser with lying to banks to secure millions of dollars in loans as part of a long-running money laundering scheme, with help from his business associate Rick Gates. Many of the charges were similar to those from the October 2017 indictment, although the new one outlined additional criminal behavior.

In March, a U.S. district judge assigned to the indictment declared that Manafort posed "a substantial risk of flight" and ordered him confined to house arrest, save for medical appointments, court appearances and meetings with his defense attorneys. "Given the nature of the charges against the defendant and the apparent weight of the evidence against him, defendant faces the very real possibility of spending the rest of his life in prison," wrote the judge.

In early June, prosecutors filed a motion with the U.S. District Court for the District of Columbia, saying they had probable cause to believe that Manafort attempted to tamper with potential witnesses while on pretrial release. According to the filing, Manafort and an associate, a Russian citizen named Konstantin Kilimnik, attempted to repeatedly contact two witnesses to "secure materially false testimony." However, one of the witnesses blew a hole in their covert attempts by submitting saved text messages to the government.

Days later, Manafort was indicted on new charges of conspiring to obstruct justice, prompting a federal judge to revoke his bail and send him to jail to await his July 2018 trial. The news drew a sharp response from President Trump, who cited Manafort's work for Ronald Reagan and Bob Dole while calling the judge's order "very unfair."

Manafort's first trial, in which he faced 18 charges of financial fraud, began on July 31, 2018, in Alexandria, Virginia. Calling him a man who "believed the law did not apply to him," prosecutor Uzo Asonye described Manafort's efforts to conceal earnings from his consultancy work in Ukraine and his method of lying to banks on loan applications, while flouting the system by purchasing a $2 million home and a $15,000 ostrich coat.

The defense countered by shifting blame for wrongdoing to Gates, arguing that Manafort was unaware of the illicit activities orchestrated by his associate and only guilty of placing his trust in the wrong person. Gates subsequently took the stand for three days, during which time he recalled the process of setting up overseas shell companies and forging documents to procure loans for his boss.

After Manafort's lawyers rested without calling any witnesses, the jury began lengthy deliberations on August 16, emerging only to ask Judge T.S. Ellis to define "reasonable doubt." On the morning of August 21, the jury sent out a note asking what to do when unable to reach a consensus on one of the counts.

Later that afternoon, Manafort was found guilty of eight of the 18 counts — five charges of tax fraud, one charge of hiding foreign bank accounts and two charges of bank fraud. Judge Ellis declared a mistrial on the other 10 counts.

Manafort stood to receive a maximum of 80 years in prison for the conviction. The judge did not immediately set a sentencing date, noting he would give prosecutors eight days to decide whether to retry the defendant on the undecided counts.

Prior to the start of his second trial in Washington, D.C., it was reported that Manafort had explored the possibility of a plea deal, though those discussions stalled over issues raised by the special counsel.

However, Mueller's office later filed a court order that accused Manafort of repeatedly and deliberately giving false statements after agreeing to cooperate. Despite his attorneys' arguments that the alleged lies were unintentional, a federal judge sided with the prosecutors and ruled in February 2019 that they were no longer bound to terms of the plea deal.

On March 7, 2019, Manafort was sentenced to 47 months in prison by Judge Ellis, a far lighter sentence than the 19-to-24-year term sought by prosecutors for his financial crimes. On March 13 he received an additional sentence of 43 months for the federal conspiracy charges.

Shortly after the announcement of his second sentence, Manafort was charged in New York with a series of state felonies that included mortgage fraud, conspiracy and falsifying business records. Those charges were ultimately dismissed by a New York judge toward the end of the year.

In May 2020, it was reported that Manafort had been released from a federal correctional institution in Pennsylvania and would be serving the remainder of his sentence in home confinement due to concerns about the coronavirus pandemic.

Manafort is married to Kathleen, a 1979 graduate of George Washington University who received her law degree from Georgetown in 1988. The couple has two daughters: Jessica (born in 1982) and Andrea (born in 1985).

Jessica filed for divorce from husband Jeffrey Yohai in March 2017, but before that Manafort had spent millions to support some of his son-in-law's real estate deals.