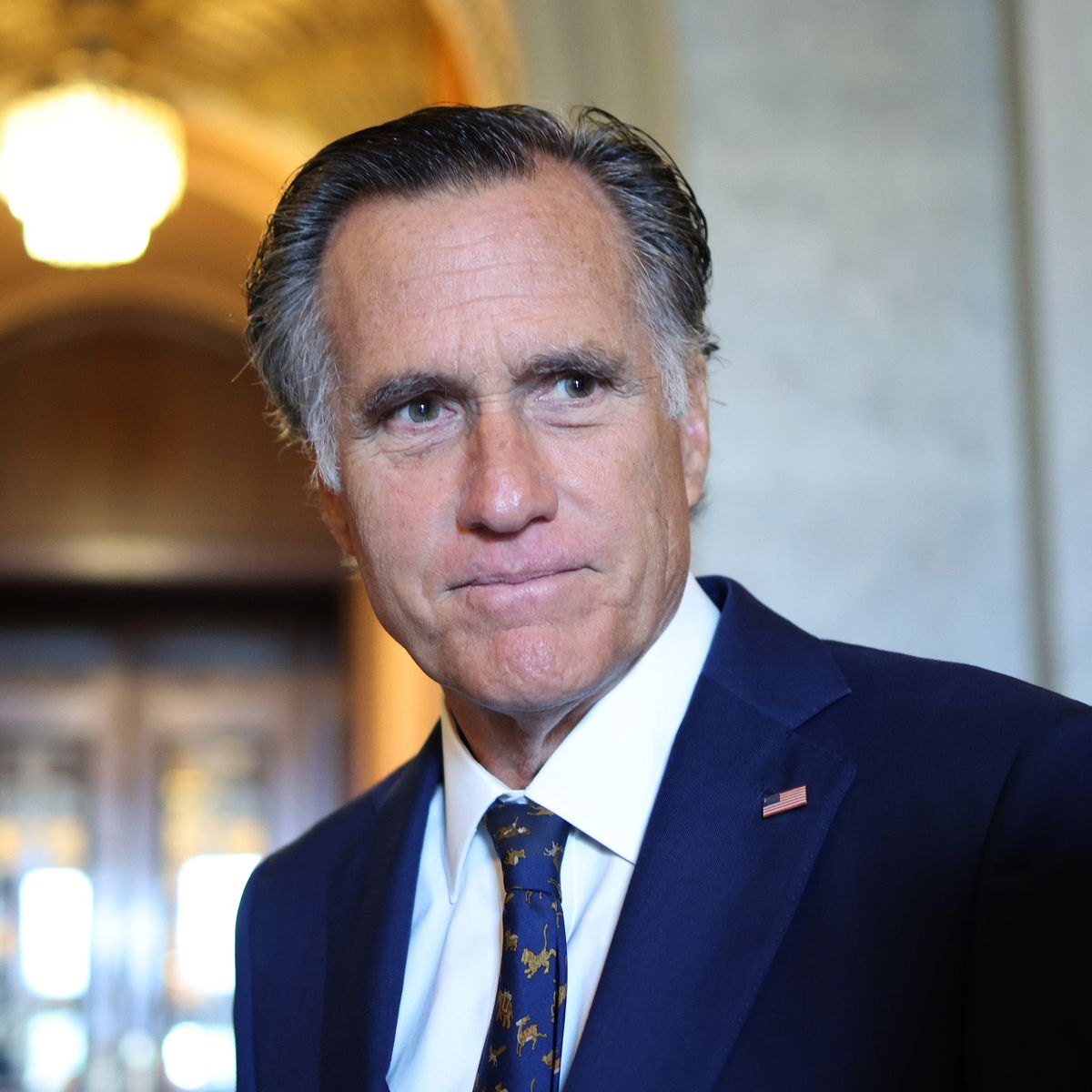 Who Is Mitt Romney?

Born in Michigan on March 12, 1947, Mitt Romney is the son of former Michigan Governor George Romney. He founded the investment firm Bain Capital and later ran for the Massachusetts Senate in 1994, losing to incumbent Ted Kennedy. Romney took over the Salt Lake Organizing Committee and helmed a successful 2002 Olympic Games. He became governor of Massachusetts in 2003 and made a run for the Republican nomination in the 2008 election, losing to candidate John McCain. Romney made a second run for the U.S. presidency in 2012, with U.S. Representative Paul Ryan of Wisconsin as his running mate, but was ultimately defeated by President Barack Obama in a tight race. He returned to public office in 2019 as a U.S. senator from Utah.

Born Willard Mitt Romney on March 12, 1947 in Detroit, Michigan, and raised in Bloomfield Hills, Michigan, Mitt Romney attended the prestigious Cranbrook School before receiving his undergraduate degree from Brigham Young University in 1971. He attended Harvard Law School and Harvard Business School, and received both a law degree and a Master of Business Administration degree in 1975.

The son of George Romney, a former governor of Michigan who ran for the Republican Party's presidential nomination in 1968 (he was defeated by Richard Nixon), Mitt Romney began his career in business. He worked for the management consulting firm Bain & Company before founding the investment firm Bain Capital in 1984. A decade later, in 1994, he ran for a seat in the U.S. Senate in Massachusetts, but was defeated by longtime incumbent Ted Kennedy.

Romney stepped into the national spotlight in 1999, when he took over as president of the Salt Lake Organizing Committee. He helped rescue the 2002 Winter Olympic Games from financial and ethical woes, and helmed the successful Salt Lake City Games in 2002.

In 2004, Romney authored the book Turnaround: Crisis, Leadership, and the Olympic Games.

Romney parlayed his success with the Olympics into politics when he was elected governor of Massachusetts in 2003. During Romney's term as governor, he oversaw the reduction of a $3 billion deficit. He also signed into law a health-care reform program to provide nearly universal health care for Massachusetts residents.

After serving one term as governor, Romney declined to run for re-election and announced his bid for the U.S. presidency. He made it through Super Tuesday, winning primaries in Massachusetts, Alaska, Minnesota, Colorado and Utah before losing the Republican nomination to Senator John McCain of Arizona. According to reports, Romney spent about $110 million on his campaign, including $45 million of his own money.

Romney continued to keep his options open for a possible future presidential run. He maintained much of his political staff and political action committees, and raised funds for fellow Republican candidates. In March 2010, Romney published the book No Apology: The Case for American Greatness, which debuted on The New York Times' best-seller list.

At a farm in New Hampshire on June 2, 2011, Mitt Romney announced the official start of his campaign for the 2012 presidential election.

During his campaign, Romney took many standard Republican positions on taxes, the economy and fighting terrorism, while consistently and vocally criticizing his opponent, Democrat President Barack Obama. Specifically, Romney denounced President Obama's health-care reform program—a stance that earned him criticism from the press, as the president's health-care plan was similar to the Massachusetts plan that Romney supported as governor.

Additionally, throughout the 2012 presidential race, critics charged Romney with changing his position on several key issues, including abortion; Romney had supported Roe v. Wade—the U.S. Supreme Court decision upholding a woman's right to an abortion—while campaigning for a Senate seat in 1994, but maintained an ardent pro-life stance throughout his 2012 campaign for the presidency.

From the start of his campaign, Romney emerged as the frontrunner for the Republican nomination. He showed more mainstream Republican appeal than Tea Party-backed competitors like Texas Governor Rick Perry. In January 2012, Romney scored a decisive victory in the New Hampshire Republican primary by capturing more than 39 percent of votes. As the race continued, Rick Santorum became his greatest competition, winning several states. However, Romney secured a substantial lead in the number of delegates needed to clinch the nomination.

In April 2012, Romney benefited from a narrowing of the field when Santorum announced that he was suspending his campaign. That left only Ron Paul and Newt Gingrich as Republican competitors, with Gingrich soon throwing in the towel as well.

Romney's campaign met with negative publicity in July 2012, when President Obama's campaign ran ads claiming that his opponent was the head of Bain Capital until 2001, not 1999, as was previously stated. Around that same time, news reports began to circulate regarding economy-stifling practices by Bain Capital; according to the reports, Romney's company had invested in several businesses that specialized in relocating jobs overseas.

Romney's campaign fired back with its own political ads, which claimed that Obama was more interested in helping his donors than looking out for the American public. This was only the beginning of the slinging of barbs and arrows that would occur between the two candidates along the campaign trail.

In August 2012, Romney announced 42-year-old U.S. Representative Paul Ryan of Wisconsin as his running mate for vice president. The announcement ended months-long speculation over the potential vice-presidential candidates of the 2012 election, as media attention began to heavily focus on Ryan, a fiscal conservative and chair of the House of Representatives Budget Committee.

On August 28, 2012, Romney became the Republican Party's official presidential nominee, receiving 2,061 delegate votes—nearly double the required 1,144—on the first day of the 2012 Republican National Convention, held in Tampa, Florida. During the convention, Romney and Ryan received support from several fellow Republican politicians, including McCain. "For four years, we have drifted away," McCain said at the convention. "People don't want less of America, they want more. What they want to know is, whether we still have faith ... Mitt Romney has that faith, and I trust him to lead us."

Romney made headlines after the first presidential debate with Obama in early October 2012. He gave a strong performance, receiving praise for his speaking skills from citizens and critics alike. Most critics agreed that Romney won the debate, and that his performance significantly boosted his public perception and status in the presidential race. However, Obama was praised for his performance during the second and third debates, with many critics claiming that the president had won both.

As each state announced its election results on November 6, 2012, many Americans clung to the edge of their seats. Just before midnight, the results were announced: In a tight race, Romney was defeated by Obama, with the president receiving just over half of the popular vote and around 60 percent of the electoral vote.

Romney retreated from the public eye following the draining campaign and defeat. He rejoined the board of directors of Marriott International and became executive partner group chairman of Solamere Capital, occasionally surfacing for interviews.

By 2014, the former presidential nominee was back in the game, throwing his weight behind various Republican candidates ahead of the midterm elections. His presence fueled rumors that a third run for president was coming, but after reportedly considering the possibility, Romney in early 2015 announced that he would not do so.

Nevertheless, Romney remained involved in the public conversation as the campaign season heated up. With Donald Trump emerging as the surprise GOP frontrunner, over strong establishment candidates like Jeb Bush and Marco Rubio, Romney became one of the New York businessman's most vocal critics from the Republican side, referring to him as "a phony, a fraud" in a March 2016 speech.

Romney maintained his stance even after other Republicans fell in line behind their nominee, before offering an olive branch after Trump pulled out his Election Day victory in November 2016. The president-elect seemed willing to put their conflict behind him, reportedly considering Romney for secretary of state, before nominating Rex Tillerson for the role.

The rift surfaced again in 2017, when Romney criticized Republican support of controversial Senate nominee Roy Moore, a candidate backed by Trump. In early 2018, despite being urged by Trump to seek re-election, 83-year-old Utah Senator Orrin Hatch announced he was retiring at the end of his term, prompting speculation that Romney would run for his seat.

Around this time, it was revealed that the former Massachusetts governor had been treated for prostate cancer the previous summer. A Romney aide informed CNN that the cancer was removed surgically and found not to have spread beyond the prostate.

In mid-February 2018, Romney confirmed his Senate bid via a video announcement, saying, "I have decided to run for United States Senate because I believe I can help bring Utah's values and Utah's lessons to Washington." With McCain battling brain cancer and seemingly in the twilight of his career, pundits suggested that Romney would assume the Senate role of leading center-right critic of the Trump administration.

Romney finished second to state representative Mike Kennedy at the Utah GOP convention in April, setting the stage for a potentially difficult primary battle. However, Romney easily dispatched his opponent in the June primary election, before defeating Democrat Jenny Wilson in November to win the Senate seat.

Romney again emerged as a foil to Trump during the highly charged impeachment hearings and trial that stretched from fall 2019 into February 2020. He was one of only two Republican senators (along with Maine's Susan Collins) to vote to allow witnesses during the Senate trial, and the only member of the GOP to vote to convict the president on one of the two impeachment charges, for abuse of power. 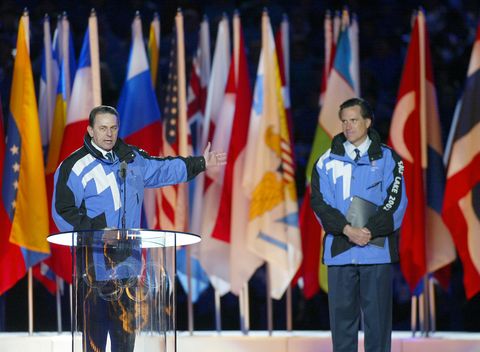