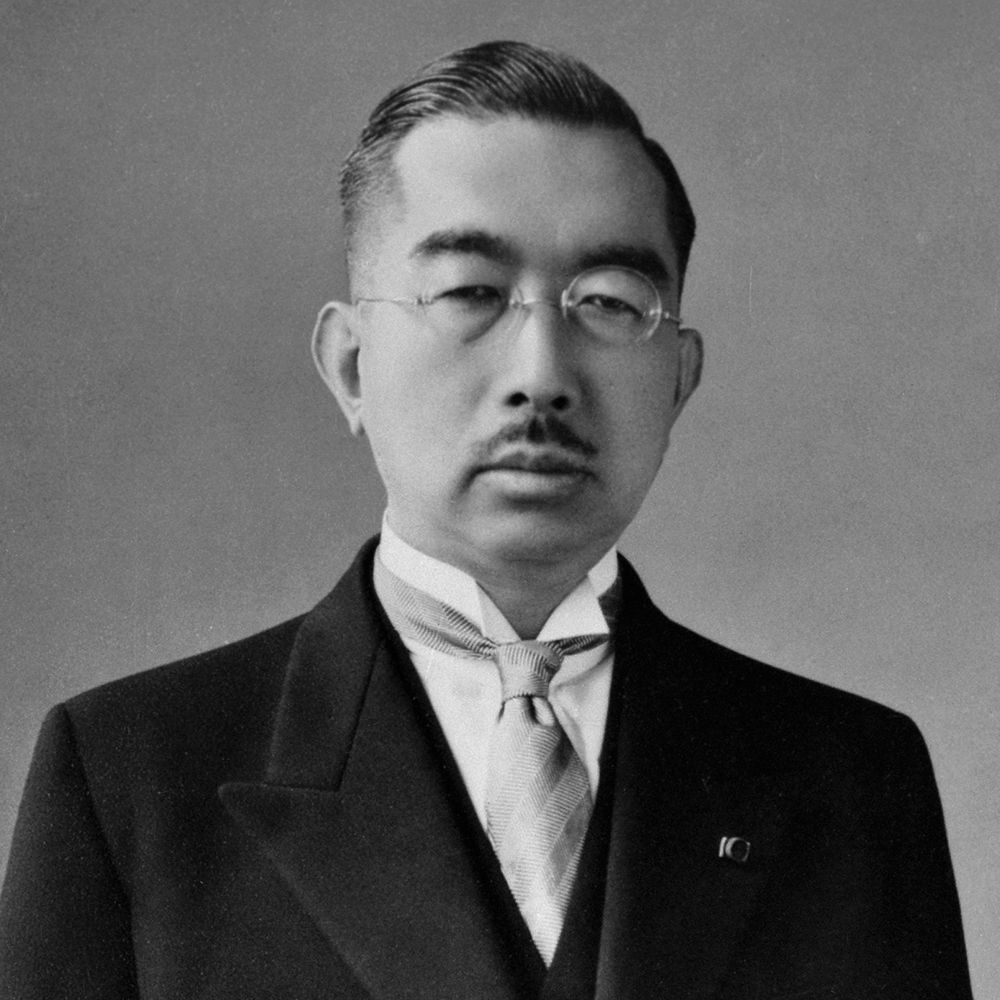 Japanese Emperor Hirohito was made crown prince at age 15. The level of his involvement with Japan's military during World War II has remained debatable, though he announced the country's surrender to the Allied Forces in 1945. After the war, the new constitution drafted by the United States transformed Japan into a constitutional monarchy so that sovereignty lay with the people instead of the emperor. Hirohito died in Tokyo on January 7, 1989. His son, Akihito, succeeded him.

Hirohito, was born Michinomiya Hirohito on April 29, 1901, in the Aoyama Palace in Tokyo, Japan. He was the first son of Crown Prince Yoshihito (later Emperor Taisho) and Princess Sadako (later Empress Teimei). As a child, Hirohito was separated from his parents, as was custom, and given an imperial education at the Gakushuin School, also known as the Peers' School. He later attended a special institute which conditioned him to become emperor and was formally given the title of crown prince on November 2, 1916. Years later, in 1921, he became the first crown prince of Japan to travel abroad and study, voyaging to Europe.

In November 1921, shortly after his return to Japan, Hirohito was appointed acting ruler of Japan due to his father's failing health. On January 26, 1924, he married Princess Nagako (later Empress Nagako), a distant cousin of royal blood. The couple would eventually have seven children.

On December 25, 1926, following the death of his father, Hirohito succeeded him as emperor, taking the 124th Chrysanthemum Throne. He was given the title "Showa" ("Enlightened Peace") and was formally known as Showa Tenno.

Shortly after Hirohito's induction as emperor, Japan found itself in a state of unrest. While his reign saw an incredible amount of political turmoil, he remained a gentle man who allegedly had limited influence over the military and its politics. Soon, the military began to revolt, resulting in the assassination of many public officials, including Prime Minister Inukai Tsuyoshi.

Hirohito was a reluctant supporter of the occupation of Manchuria, which led to the second Sino-Japanese War. Japan's military subsequently became more aggressive and implemented policies reflecting that stance, which eventually led to the country's allegiance with WWII's Axis Powers and the attack on Pearl Harbor. Hirohito was said to be unenthusiastic about Japan's involvement in the war but was often pictured in uniform to show his support. Lingering controversy has remained about his true role in Japan's armed operations during this era.

In September 1945, following the atomic bombings of Hiroshima and Nagasaki, Hirohito broke the precedent of imperial silence and announced the nation's unconditional surrender to the Allied Forces. Japan lost 2.3 million soldiers and an estimated 800,000 civilians in WWII. General Douglas MacArthur, who was made Allied commander, was sent to Japan to oversee its rehabilitation. The country found itself occupied for years by the United States, who introduced democratic reforms.

While many wanted Hirohito to be tried as a war criminal, MacArthur made a bargain with the emperor that included the implementation of a new Japanese constitution and the denouncement of imperial "divinity." Thus, Hirohito became a democratic figurehead, with the country eventually attaining political stability and becoming an economic leader.

Until his death, Hirohito remained an active figure in Japan, even after his divinity was revoked. He acted as head of state and played an important role in rebuilding Japan's image to the rest of the world. He also focused on his love of marine biology, a subject on which he wrote several books.

On January 7, 1989, Hirohito died of cancer at the place of his birth: Aoyama Palace in Tokyo. His son Akihito succeeded him to the throne.