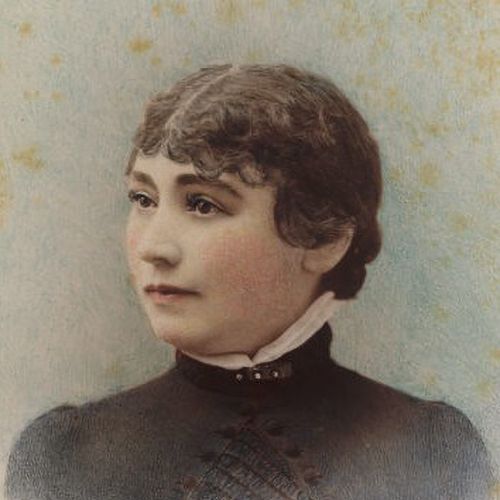 Who Was Sarah Winchester?

Sarah Winchester married into New Haven's Winchester family, known for its "gun that won the West." After her husband died, Winchester embarked on the construction of a massive 160-room mansion in San Jose, California, reportedly guided by spirits, until her death in 1922. The Winchester Mystery House today stands as a popular tourist attraction, thanks to its ornate, confounding interior and anecdotes of supernatural activity.

Sarah Lockwood Pardee was born in 1839 (some sources say 1840) in New Haven, Connecticut, to Sarah Burns and Leonard Pardee. Her father managed the City Bathing House until finding success as a finish carpenter, providing financial security for the family. He also ran a progressive household, holding court with prominent abolitionists and freethinkers of the day.

Influenced by this environment, Sarah developed into an excellent all-around student, learning four languages and demonstrating proficiency in musical composition, math and science. Growing to a petite 4'10" and 95 pounds, she also developed a reputation as one of the area's great young beauties, nicknamed the "Belle of New Haven."

Marriage into the Winchester Family

Her father-in-law, Oliver, was co-owner of the Winchester-Davies Shirt Manufactory, and William was being groomed to take over the company. However, Oliver had also developed an interest in the firearms business, and after taking control of the Volcanic Arms Company, he established the Winchester Repeating Arms Company in 1866. William soon sold his interest in the shirt company and became secretary of Winchester Repeating Arms.

The family business became immensely successful; its Winchester Model 1873 rifle was known as the "gun that won the West," and the company sold more than 700,000 rifles from that year through 1916. Wild West luminaries Buffalo Bill Cody and Annie Oakley celebrated their prowess with their Winchesters, as did President Theodore Roosevelt.

In June 1866, Winchester gave birth to a daughter, Annie. However, the baby was unable to process calories and died malnourished six weeks later. Winchester had no more children.

In March 1881, William also died, following a long battle with tuberculosis. Inheriting a 50 percent stake in the company, worth approximately $20 million, the widow endowed what would become the Winchester Chest Clinic at New Haven Yale Hospital and moved to California to start anew with extended family members. 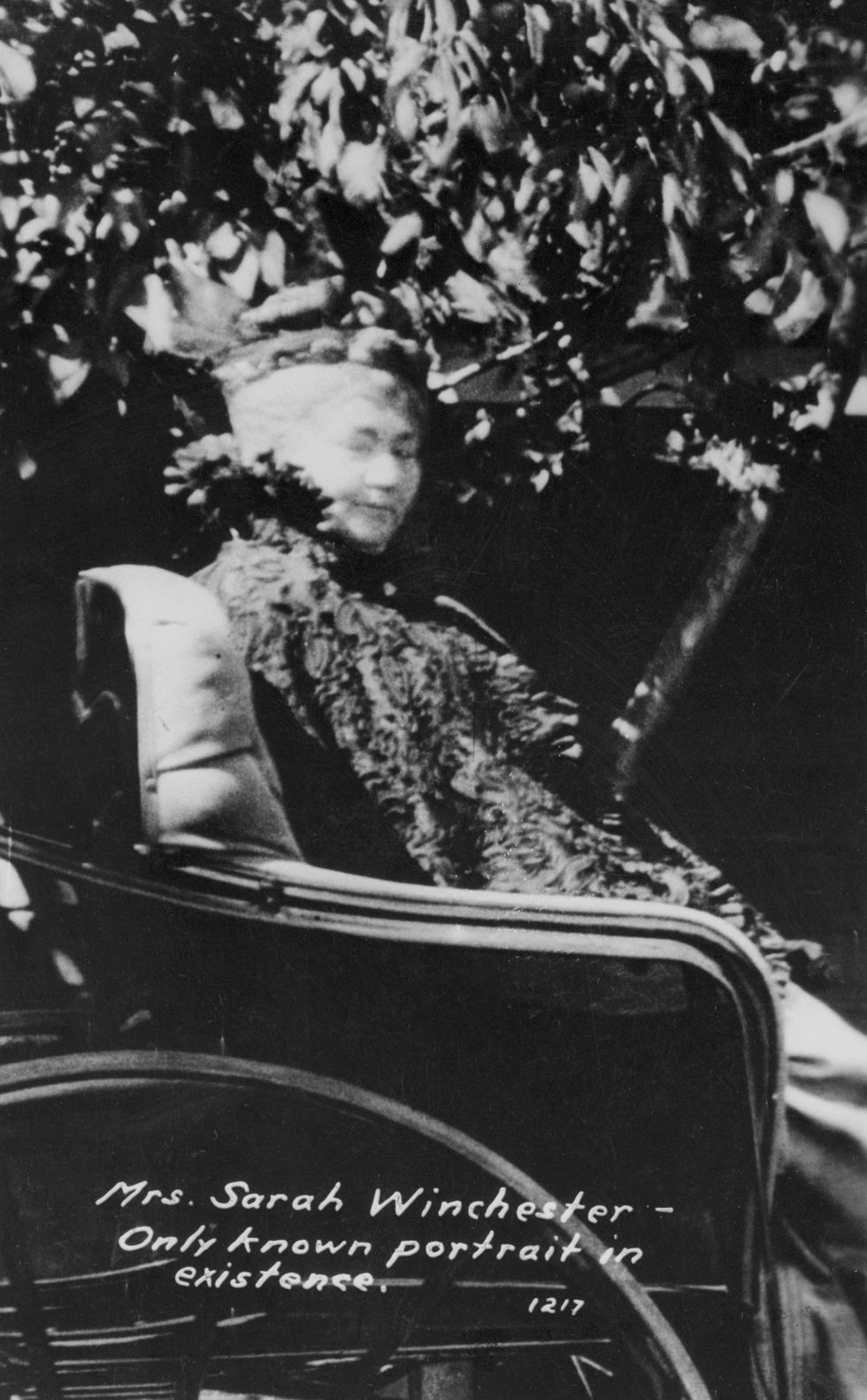 In 1886 Winchester bought a 40-acre plot of land in San Jose, California, which included an eight-room cottage. Over the next 20 years, at a cost of approximately $5 million, the cottage was rebuilt into a 160-room mansion, covering an area of 24,000 square feet.

Expansion slowed after the San Francisco earthquake of 1906, which toppled a seven-story tower and the upper floors of the mansion, and the heiress spent most of her final two decades at another home in nearby Atherton, leaving part of the Winchester House in disrepair.

Following Winchester's death from congestive heart failure on September 5, 1922, the already famous home was sold and reopened soon afterward as a roadside attraction. It was added to the National Register of Historic Places and designated a California Historical Landmark in 1974.

Today, the Winchester Mystery House is a tourist attraction in San Jose, California, and the former home of Winchester rifle heiress Sarah Winchester. A Queen Anne revival Victorian mansion, the home features an elaborate interior layout seemingly designed to confuse visitors: stairways end at ceilings, doors open to walls, big rooms contain smaller rooms. The house is said to be haunted, with the spirit of a former caretaker named Clyde among those roaming the halls.

Adding to the supernatural appeal are the stories of its former owner, who supposedly believed that the untimely deaths of her husband and daughter were karmic payback for all the people killed by Winchester rifles. As the legend goes, Winchester was told by a medium that she needed to keep building the home to pacify the spirits of the dead, so she reportedly employed construction teams around the clock, and communicated with ghosts in her "Séance Room" to receive instructions on how to design the unusual interior.

In 2010 a history teacher named Mary Jo Ignoffo published what was believed to be the first full-length biography of Winchester, Captive of the Labyrinth: Sarah L. Winchester, Heiress to the Rifle Fortune.

The book refuted much of the lingering conceptions of Winchester, including the rumor that she was influenced by a medium to build at a breakneck pace to appease angry ghosts; indeed, the author found correspondence in which Winchester specifically mentioned that she had stopped construction for periods. Furthermore, there was a plausible explanation for some of the house's oddities; instead of rebuilding after the 1906 earthquake, Winchester simply had some passageways sealed off, resulting in the doors and stairways that went nowhere.

Ignoffo also found no evidence that Winchester's workers believed she was crazy or communicating with the dead and posited that the rumors developed because few knew much about the reclusive widow, then suffering from severe rheumatoid arthritis.

In 2016 it was announced that Australian filmmaking twins Peter and Michael Spierig would direct a new film about the Winchester House, with British dame Helen Mirren signing on to portray its mysterious owner. Released in February 2018, Winchester played up the supernatural aspect of the legend, with the house harboring all sorts of secrets and dark presences that go bump in the night.