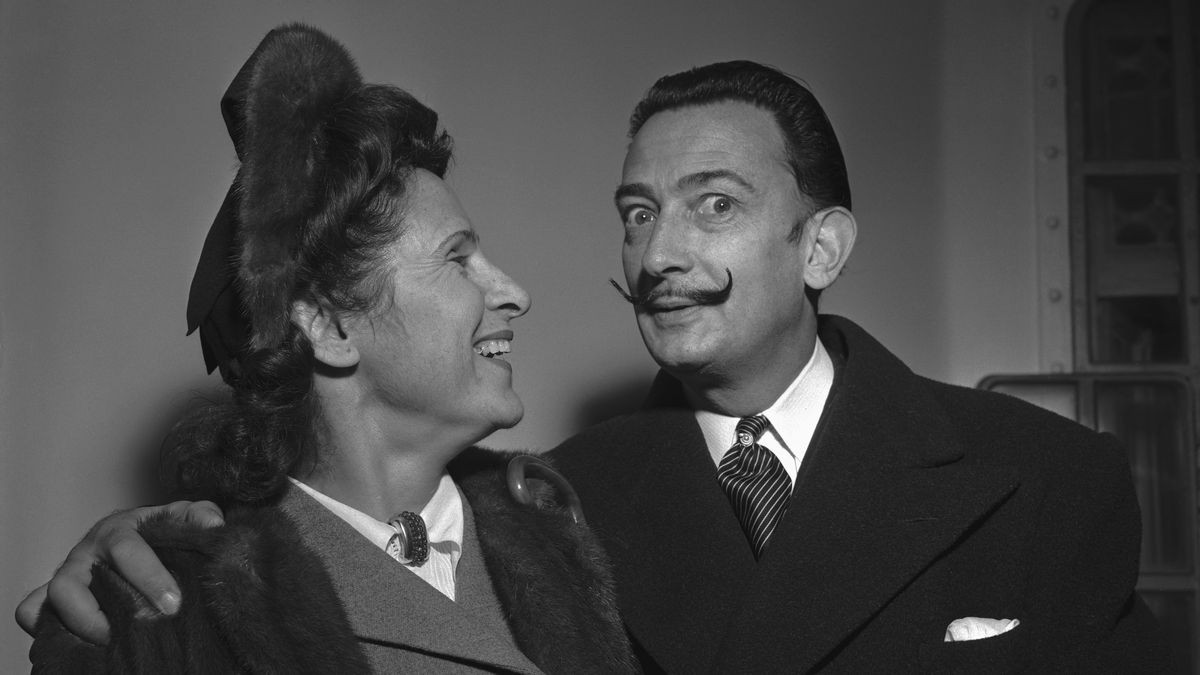 In summer 1929, several members of Europe's surrealist art society descended on the coastal town of Cadaqués, in the Catalonia region of northeast Spain, to meet with a promising young painter named Salvador Dalí.

Dalí had signed on for what was to be his first solo exhibition in Paris in November, but he was displaying all sorts of odd behavior, including uncontrollable fits of laughter. The visiting group, which included French poet Paul Éluard, worried that the talented but eccentric artist would be unable to focus on finishing enough pieces to fill the gallery space.

Dalí seemed intrigued by Éluard's Russian wife, born Elena Dmitrievna Diakonova but known simply as Gala, so she was tasked with communicating with their host. Gala weathered his jarring outbursts, realizing they stemmed from social awkwardness, and, eventually, the laughing fits disappeared. In the meantime, she discerned him to be a true visionary and capable of spurring, as he theorized in his autobiography The Secret Life of Salvador Dalí, the "fulfillment of her own myth."

When Éluard announced it was time to return to Paris a few weeks later, Gala declared she was staying. With their open marriage, Éluard figured it was just a matter of time before she tired of her new companion, never imagining that it would only happen after she'd helped him become one of the iconic artists of the 20th century. 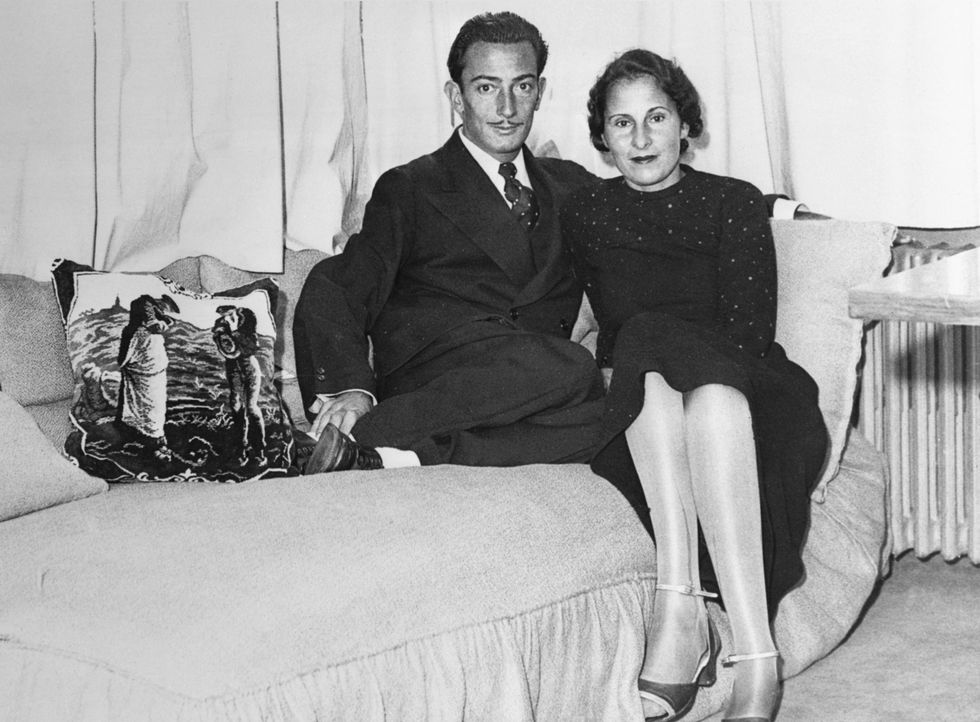 Salvador Dali and lifelong love Gala in Dali's Paris studio in 1934. Gala was married to poet Paul Eluard when this photograph was taken. After meeting in 1929, Dali finally persuaded Gala to marry him in 1958.; Getty Images / Bettmann / Contributor

As described in Tim McGirk's Wicked Lady: Salvador Dalí's Muse, the artist managed to buckle down and produce the quality paintings needed to make his November 1929 exhibition a success. But he wasn't around to experience it: He had run off with Gala on a "honeymoon" that took them to Barcelona and then another Spanish beach town.

The pair soon moved to Port Lligat, outside Cadaqués, where their difficulties began. The fishing hut purchased with Salvador's meager funds initially had no light, heat or running water. Furthermore, Salvador's relationship with his father and sister frayed over his new girlfriend, who was 10 years his senior and a married mother. The family friends in the area were hostile to the new couple as well.

Gala endured poverty and a series of health scares—she had a lung tumor removed and underwent a brutal hysterectomy—and undertook the task of boosting Salvador's career. She read to him to stimulate his mind, posed for paintings and offered honest critiques of the works in progress. Known to consult Tarot cards for direction, the woman with "eyes that pierced walls" was shrewd and firm in business dealings, and she aggressively promoted his output to affluent benefactors.

Gala also endured what is believed to have been a chaste physical relationship with the artist. In his own words, he was "terrified" of female genitalia, and any attempts at lovemaking were stilted and unfulfilling for both. Facing no such hang-ups with her own healthy libido, Gala simply satisfied her desires with other men, including her ex-husband Éluard.

It was an arrangement that worked for the couple, who found their mutual passion channeled into Salvador's exquisite works, and they were married in a civil ceremony in January 1934. 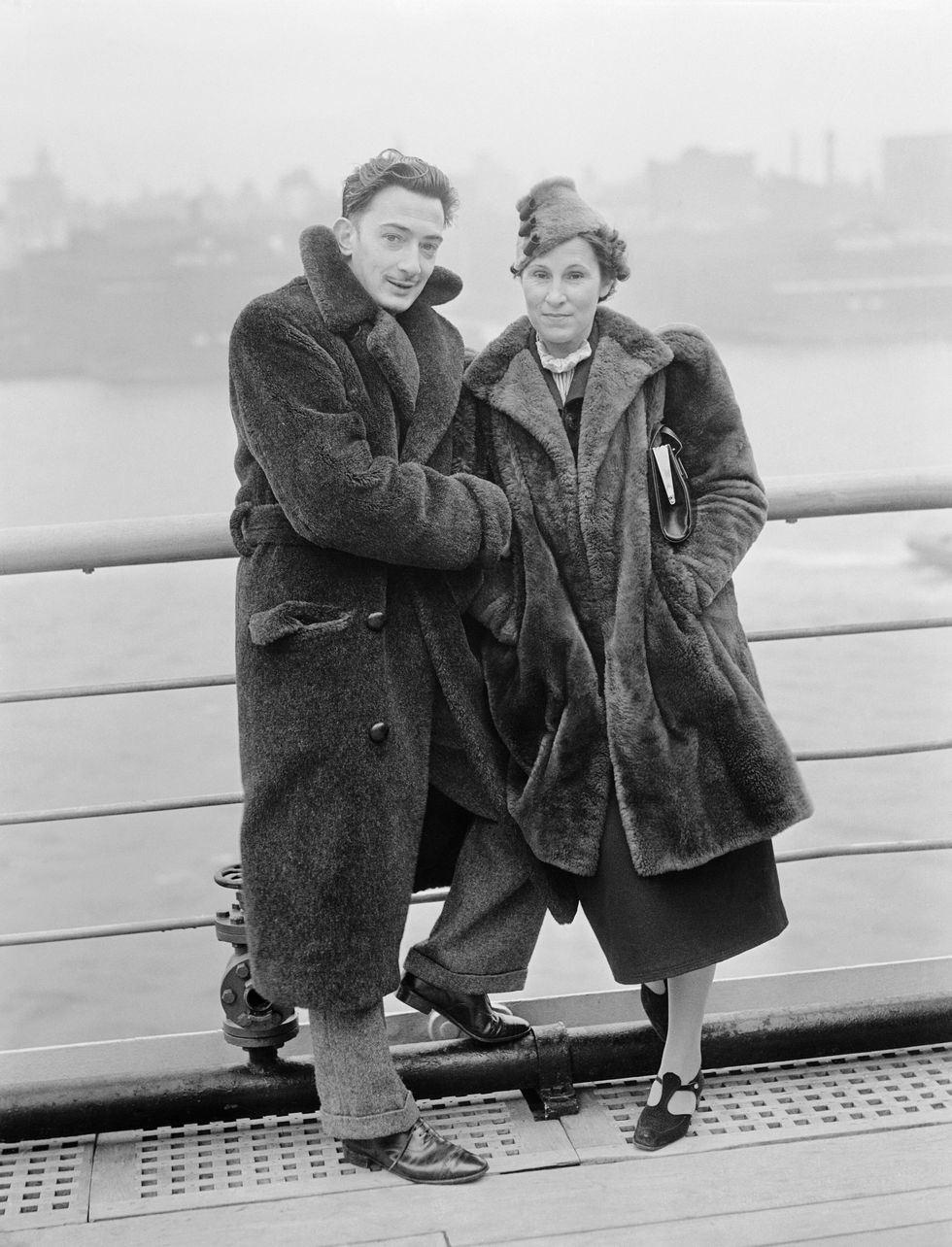 Later that year, Salvador and Gala embarked on their maiden trip to the United States, a nation warming to the shock value of Surrealism. A hit with his trademark pointy mustache and outlandish behavior, Salvador journeyed back to meet with the Marx Brothers in Hollywood in 1937 and returned to New York to design a pavilion for the World's Fair in 1939. With Europe plunging into the chaos of war, the couple made the long-term move to America in 1940.

A winter spent at the Virginia estate of socialite Caresse Crosby revealed what it was like to deal with the Dalís at that point. According to the recollections of fellow houseguest Anaïs Nin, Gala seemed to believe that everyone was there for the sole purpose of serving her husband, who commandeered the library and mostly refused to eat anything but shellfish.

While Salvador was rich and globally famous by then, Gala saw little reason to ease off the gas pedal. She pushed him away from his painstakingly rendered masterpieces and toward more profitable ventures, including portraits of Hollywood celebrities. Dalí subsequently busied himself by designing jewelry and ballet sets; published The Secret Life in 1942; and collaborated with Alfred Hitchcock to create the dream sequence in the 1945 film Spellbound.

They spent less time together as they pursued separate whims

After nearly a decade split mostly between New York City and central California, the couple made a triumphant return to Port Lligat and the good graces of Salvador's father in 1948. The once-subversive artist was now espousing the virtues of spirituality in his work, and the two were remarried in a Catholic church in 1958.

However, the public embrace of religion barely masked the eroding marriage of two people who were wealthy and powerful enough to pursue what they really wanted. While Salvador was still dependent on his wife to manage his affairs, he was getting his sexual kicks by having models or couples act out his bedroom fantasies. And Gala began spending less time at events honoring the celebrated Surrealist and more in the casinos of Monte Carlo and New York, all the while becoming more brazen with her seduction of younger lovers.

In the late 1960s, Salvador purchased a castle in the medieval village of Púbol for Gala. It was to become her own personal space away from the demands of her husband, who was not permitted to enter without a written invitation. "I limited myself to the pleasure of decorating her ceilings so that when she raised her eyes, she would always find me in her sky," Salvador later wrote. 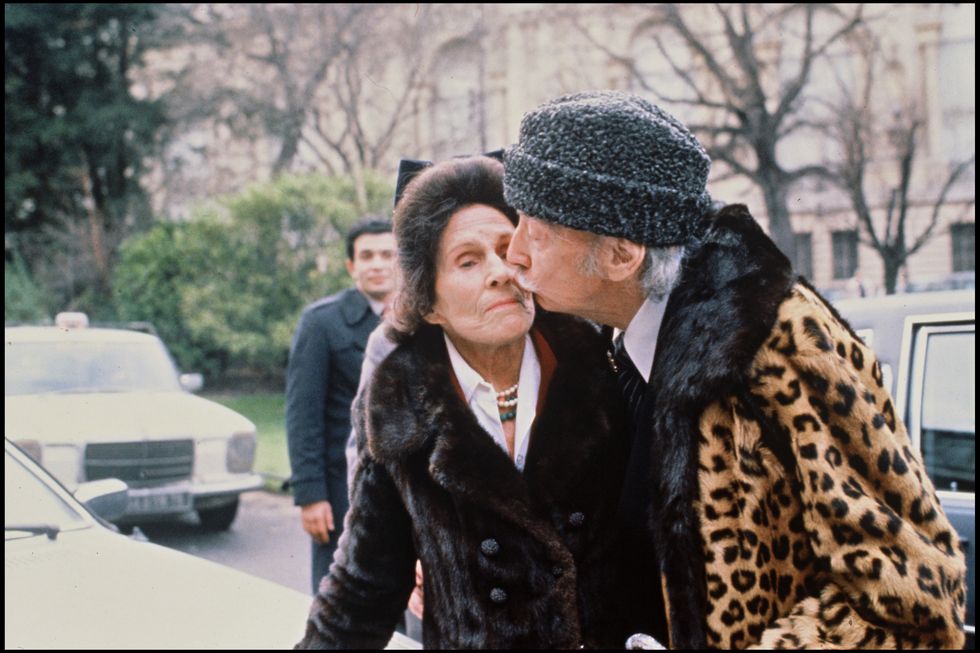 They fought amid failing health in their twilight years

By the mid-1970s, Salvador was suffering from Parkinson's-type symptoms, which some attributed to Gala's haphazard administration of various medications. Despite his difficulties wielding a brush, she reportedly pushed him to continue churning out paintings and had him sign his name to thousands of sheets of paper on which his prized pieces could be reprinted.

Meanwhile, she was pursuing a relationship with 20-something actor and singer Jeff Fenholt, formerly the lead of the Broadway production of Jesus Christ Superstar. Gala set up a recording studio for her lover in Púbol castle and bought him a $1 million house in New York. After learning that Fenholt had sold some of his paintings, Salvador lashed out at his octogenarian wife with his cane, breaking two of her ribs.

The inglorious end to their imperfect union arrived in June 1982, when Gala succumbed to the failing health that followed a bathtub fall early in the year. Devastated by her death and dismayed at the prospect of his own, Salvador holed up in Púbol castle, which housed her crypt, and refused to eat, paint or allow anyone to speak her name.

Although he planned on being interred next to Gala, a castle fire scuttled those plans, and in 1989 the artist was laid to rest in the Dalí Theatre and Museum in his childhood town of Figueres. It marked the final separation of a unique couple that found fulfillment of their dreams through one another but ultimately crumbled from the demons unleashed by the power they achieved.