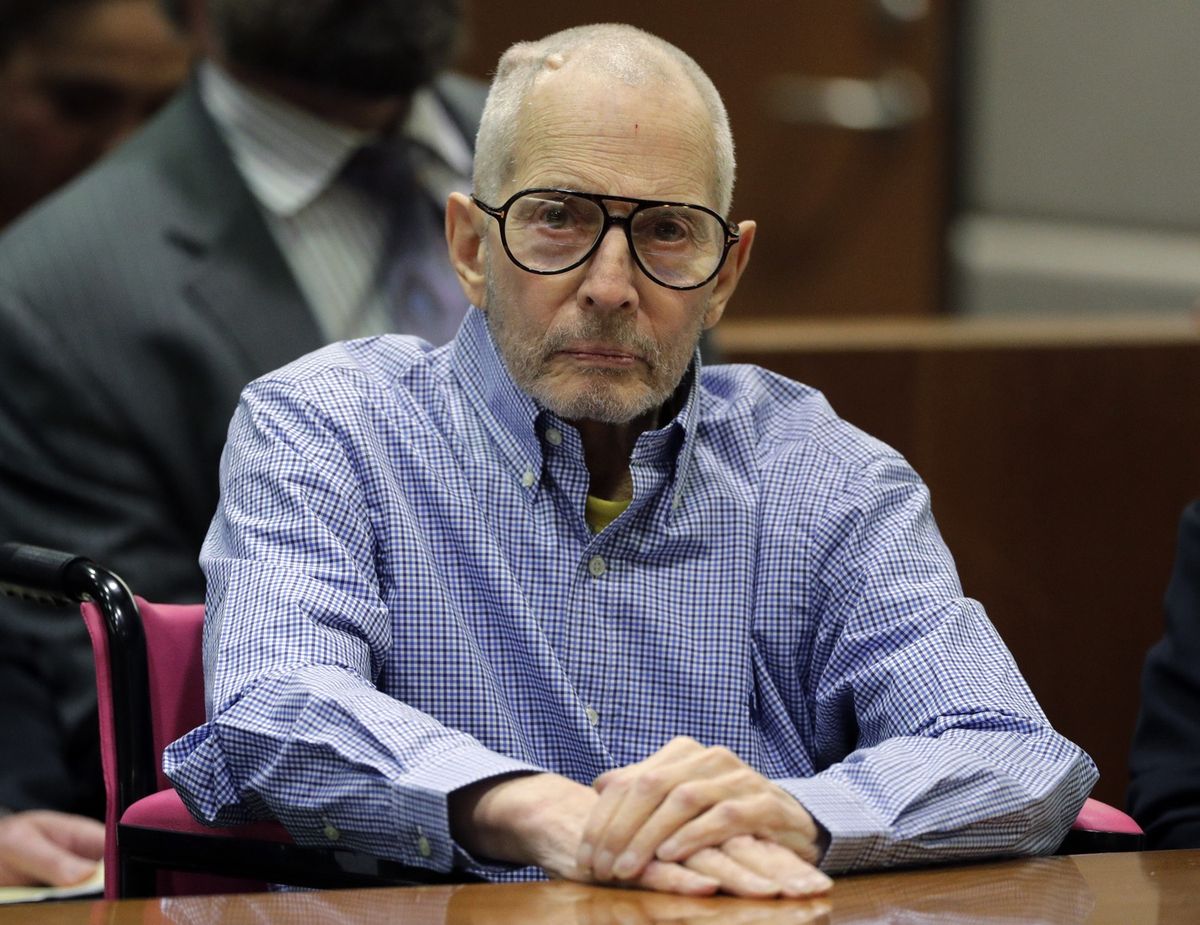 After years of Robert Durst grabbing headlines for misdeeds both proven and alleged, some may feel it’s about time the focus was placed back on the woman whose disappearance got the whole sordid saga rolling. Kathleen Durst’s body was never found, and there was not enough compelling evidence to bring charges against her husband. But friends and family who were privy to their troubled marriage came to believe early on that Durst was responsible for her disappearance. One friend who stood by him was Susan Berman, an author known for memoirs of her life as a mobster’s daughter. Some suspected that Berman knew more about what became of Kathie than she was telling, and in 2000 Durst may have suspected that she was finally starting to talk. Later that year, she was shot execution-style in her Los Angeles home.

The investigation foundered as Durst prospered in his father’s real estate business. Then, in the 1990s, he left the firm after a family dispute and himself disappeared from sight, only to resurface in Galveston, Texas as the main suspect in the murder/dismemberment of neighbor Morris Black. There was a manhunt, Durst was caught, and acquitted (though he did cop to cutting up his neighbor’s body.)

In the meanwhile, Susan Berman, a longtime female friend of Durst also turned up murdered execution-style in her Los Angeles home. On March 14, 2015, Durst was arrested by the FBI in connection with Berman's murder, and in March 2020, Durst's trial began only to be postponed due to COVID-19.

Here are some of the more bizarre details of his story:

Trouble attached itself early to Durst

When he was seven, his 32-year-old mother either jumped or fell to her death from the roof of the family home in Scarsdale, New York. Durst was a witness; years of counseling followed. As a child, his eccentricities included pretending to be in a school band and hiding his tuba in the woods.

Despite his wealth, Durst styled himself a member of the counterculture in the late 1960s and early 1970s

While enrolled at UCLA, he minored in marijuana intake, engaged in primal scream therapy alongside John Lennon and Yoko Ono, and became an acolyte of Beatles guru Maharishi Mahesh Yogi. In the early 70s, he met Kathleen, and the couple moved to New Hampshire to run a health food store.

Durst seemed less than concerned after his wife’s disappearance

Kathleen was on the verge of extricating herself from what friends described as a controlling, abusive Durst when she vanished in 1982. Durst did not report the disappearance for four days, and his accounts of the last time he saw his wife in their Westchester County home kept changing and did not hold up to scrutiny. The police were stumped, but after several of Kathleen’s friends undertook their own investigation, their homes were burglarized and relevant materials were stolen.

Durst was not a fan of his younger brother

In an interview with The New York Times, Douglas Durst revealed that he and his brother’s long-standing enmity extended to keeping weapons — a plumber’s wrench for Durst, a piece of pipe for Douglas — close at hand in their Durst Organization offices during the 1990s. Father Seymour Durst eventually replaced his eldest son with Doug as the designated successor. Durst subsequently left the company.

On Christmas Eve of 2000, Durst pal and supporter Susan Berman, who had written books about her girlhood amongst Las Vegas mobsters like Bugsy Siegel, was found dead in her California home. A single gunshot wound to the head made it look like a gang hit. But it then emerged that New York State Police had been in touch with Berman about the Kathleen cold case. Durst was arrested by the FBI on March 14, 2015, in connection with Berman's murder.

In 2000, the same year as Berman's murder, a cross-dressing Durst turned up in Galveston

Dressed in drag and posing as a mute woman called Dorothy Ciner (the name of an actual childhood acquaintance), Durst moved into a shabby apartment in the Texas coastal city. At times he also passed as a mute man, and sometimes as Ciner’s house guest, Durst.

Ciner was no more to be trusted than Durst

In September 2001, pieces of Ciner's neighbor, 71-year-old Black, started washing ashore around Galveston. No head was ever recovered. A trail of blood was found leading from Black’s apartment to Ciner’s. Her true identity was revealed, and Durst was arrested, but posted bail and escaped.

Durst was arrested while stealing from a supermarket

Still dressed in a woman’s wig, Durst was apprehended while stealing a sandwich, a newspaper, and a Band-Aid from a Pennsylvania supermarket. He pled innocent to the murder charge during the trial, claiming a struggle over a gun had led to Black’s death (while admitting to carving up the man’s body with a paring knife). Durst was acquitted of murder, although he served some time on lesser charges.

With interest revived in Kathleen's disappearance and presumed murder, Douglas revealed a theory in his Times interview. According to his account, Durst had a succession of seven Alaskan Malamutes (all named Igor) who mysteriously died over the months leading to Kathleen’s disappearance. C

Public urination has tripped Durst up on more than one occasion

In July 2014, Durst was arrested when he exposed himself and urinated on a candy rack at a Houston CVS. Douglas recalls that his older brother’s fate with the Durst Organization may have been sealed when he peed in an uncle’s wastebasket.