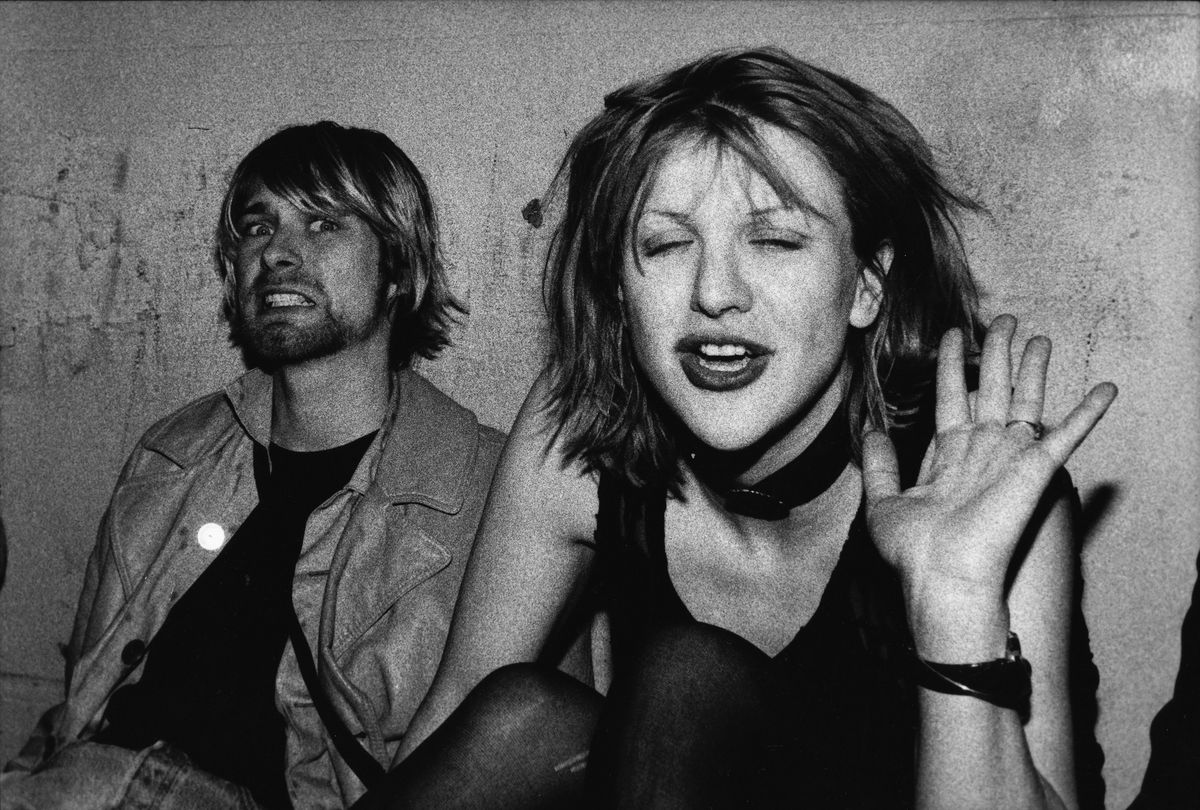 “Courtney and Kurt are the nineties, much more talented version of Sid and Nancy,” a record executive once noted. “[Courtney's] going to be famous and [Kurt] already is, but unless something happens, they’re going to self-destruct. I know they’re both going to be big stars. I just don’t want to be a part of it.”

That was a quote taken straight from the infamous 1992 Vanity Fair story on Courtney Love, written by Lynn Hirschberg, who would go on to depict the Hole frontwoman as an obnoxious, rabble-rousing, image-obsessed opportunist who reveled in being the newly anointed Mrs. Cobain.

Cobain and Love got married just months after they started dating

It was just a year before the bombshell article that Love and Cobain crossed paths (There are varying reports that they briefly met in 1989 and 1990, but were officially reacquainted in 1991). Nirvana was at its peak, and Cobain was confused and depressed with the meteoric fame that came with his music. When Love re-entered his sphere, she had allegedly pursued him with dogged determination and according to numerous sources, was the one who introduced him to heroin.

Mirroring Cobain's life, their courtship was intense and brief. After four months of dating, Love was already pregnant with their daughter when they decided to wed in Honolulu, Hawaii, on February 24, 1992. The bride wore a dress previously owned by Hollywood actress Frances Farmer, while Cobain wore green flannel pajamas.

After the wedding, Cobain went into a funk. Despite Nirvana's soaring popularity, the frontman had no desire to tour and further retreated into himself.

“We went on a binge,” Love confessed to Vanity Fair in 1992. “We did a lot of drugs. We got pills and then we went down to Alphabet City and Kurt wore a hat, I wore a hat, and we copped some dope. Then we got high and went to SNL. After that, I did heroin for a couple of months.”

In 2015 Love, who at the time was promoting Montage of Heck, a biopic of Cobain, would later add: "He wanted to stay in the apartment and do heroin and paint and play his guitar. That's what he wanted to do." 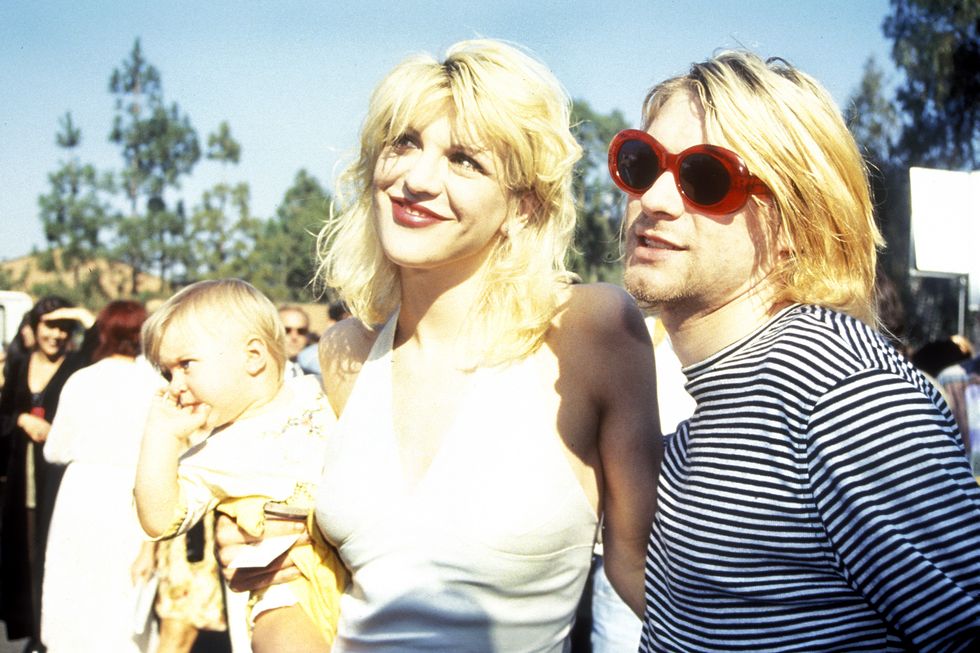 They attempted to get clean before the birth of their daughter

But interlaced among the drug-fueled binges were moments of laughter and sincere affection. In never-before-seen video footage from Montage of Heck, Cobain is seen joking with Love in the bathroom, while another moment captures Love teasingly climbing on Cobain's back while singing a tune. The couple also made intermittent attempts at getting clean. In March 1992 they enrolled in separate detox programs but within days, they would check out and dive back into their addictions. (In Vanity Fair, friends told the publication that Love did heroin while pregnant.)

By the time their daughter, Frances Bean, was born that August, Cobain had briefly considered quitting the band so he could focus on fatherhood. But he didn't. And despite his good intentions, he couldn't quit his drug habits, either.

In additional footage revealed in the film, Cobain's descent into self-destruction becomes more evident. In one scene, he suddenly walks out of Frances' first birthday party. In another, he's nodding off while she's getting her first haircut. "Kurt, you don't want your daughter to see you behaving like this, on drugs," Love screams off camera. "I'm not on drugs!" Cobain claims. "I'm tired."

Cobain attempted suicide more than once

Despite their love for their daughter, the couple's marriage was also unraveling, exacerbated by their drug use. Love would later admit that the reason Cobain attempted suicide in Rome in early March 1994 was because she was considering having an affair. "He must have been psychic or something," she told TVGuide.com. "I almost did one time, and he knew it. ... I have no idea how he knew it. The plan didn't ever go anywhere. Nothing happened, but... the response to it was he took 67 Rohypnols and ended up in a coma because I thought about cheating on him. I mean, f-ck."

But Cobain's problems weren't just with Love – he was never able to quell the inner demons that stemmed from his lonely youth nor could he embrace his newfound celebrity, which he felt delegitimized his music. His world was caving in on him, and he couldn't take the pressure.

Isolated and inconsolable and under the tight grip of addiction, Cobain killed himself by a gunshot wound to the head at his Seattle home on April 5, 1994. He was 27.

“He is considered to be the rock star who didn’t want fame, the weak pathetic guy who was taken over by this controlling female, and yadda yadda," Love told Loudwire in 2015. "It kind of f--ked me up... He’s a hard act to follow. I love him and I always will.” 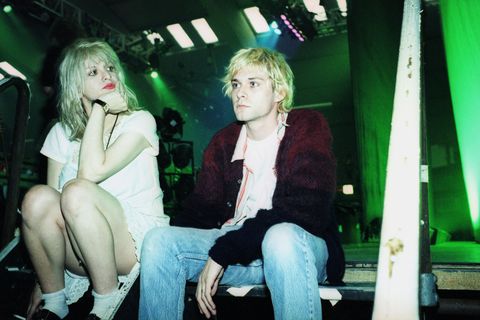