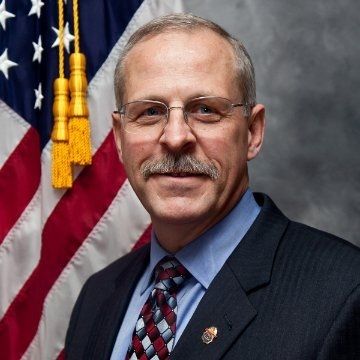 Who Is Steve Murphy?

Steve Murphy is a former DEA agent involved in the successful manhunt for narcotics kingpin Pablo Escobar, and his story formed part of the backbone for the Netflix series Narcos. Murphy began his law enforcement career in his home state of West Virginia. In the mid 1980s he joined the DEA and was assigned to Miami, Florida, home to an exploding cocaine trade. In 1991 Murphy was transferred to Bogota, Colombia to track down Escobar.

Stephen Murphy was born in 1957 in Tennessee. At a young age he moved with his family to Princeton, West Virginia, where his parents, Marvin and Betty Murphy, operated a carpet store. He graduated Princeton High School in 1974 and in the fall of that year enrolled at West Virginia University. He managed a year at WVU before transferring to Bluefield State College in Bluefield, West Virginia. He graduated from the school in 1981 with a degree in criminal justice and an eye on a career in law enforcement.

Murphy’s start with the police came as a 19-year-old intern with the Bluefield Police Department. From there, he interned with the Mercer County Sherriff’s Department, before taking a full-time job as a patrolman in Norfolk, Virginia.

Early on in his career in law enforcement, Murphy developed an interest in narcotics investigations and eventually enrolled in the Drug Enforcement Administration’s (DEA) academy. Following his graduation in 1987 he was stationed in Miami, Florida, where the cocaine trade, along with gangs and a high murder rate, had consumed the city.

Murphy worked in Miami for four years, much of it undercover, before the DEA transferred him to Bogota, Colombia. At the time, Colombia was known as the center point for the world’s drug trade and a very dangerous place for DEA agents, where some had $300,000 price tags on their heads.

At the helm of Colombia’s drug trafficking monopoly was Pablo Escobar, head of the dangerous Medellín Cartel. Rich — he had an estimated net worth of $30 billion — and brazen, Escobar used terror to influence Colombian politics towards a no-extradition clause and to grant amnesty to drug barons in exchange for giving up the drug trade. His terror campaign claimed the lives of politicians, civil servants, journalists and ordinary citizens.

When the origin of Escobar’s wealth became an issue of public debate, the U.S. increased pressure on Colombia to extradite him, and in 1991 Escobar surrendered to the government. But in true Escobar fashion, his prison was one of his own construction, and it came complete with luxury accommodations.

In June 1992, Escobar escaped the prison, setting off one of the world’s largest manhunts. More than 600 CNP, as well as Navy SEALs, scoured the country for him. Murphy and Pena were also a part of the search.

The hunt came to conclusion on December 2, 1993, when the CNP shot Escobar dead in Medellin. Murphy was on hand for the final capture. After about 18 months on the job in Colombia, Murphy returned to the United States in June 1994.

In 2015, Murphy and Pena’s manhunt and capture of Pablo Escobar served as part of the backbone to the Netflix series Narcos, which tells the story of Escobar’s rise and fall. Both Murphy and Pena, have traveled around the world to speak about their time in Colombia and worked as consultants on the show.

Murphy and his wife Connie have two daughters whom they adopted as babies in Bogotá and Medellín. In 2014, the couple took their daughters back to visit Colombia for the first time since leaving the country. Murphy said they prepared the girls for machine guns, soldiers and danger on every corner. Instead, “we were pleasantly surprised by how modernized it was. It felt safe,” he told The Economist magazine.

In the show Narcos, the couple was portrayed with just one daughter, whom Connie — fed up with Colombia — took abruptly with her back to the United States. In real life, Connie stayed at their home in Bogota while Murphy hunted down Escobar.

In 1994, Murphy transferred back to the United States, where he continued his work with the DEA until his retirement in 2013. Today, Murphy heads a law-enforcement consulting firm he started. He lives with his wife in the Washington, D.C., area.