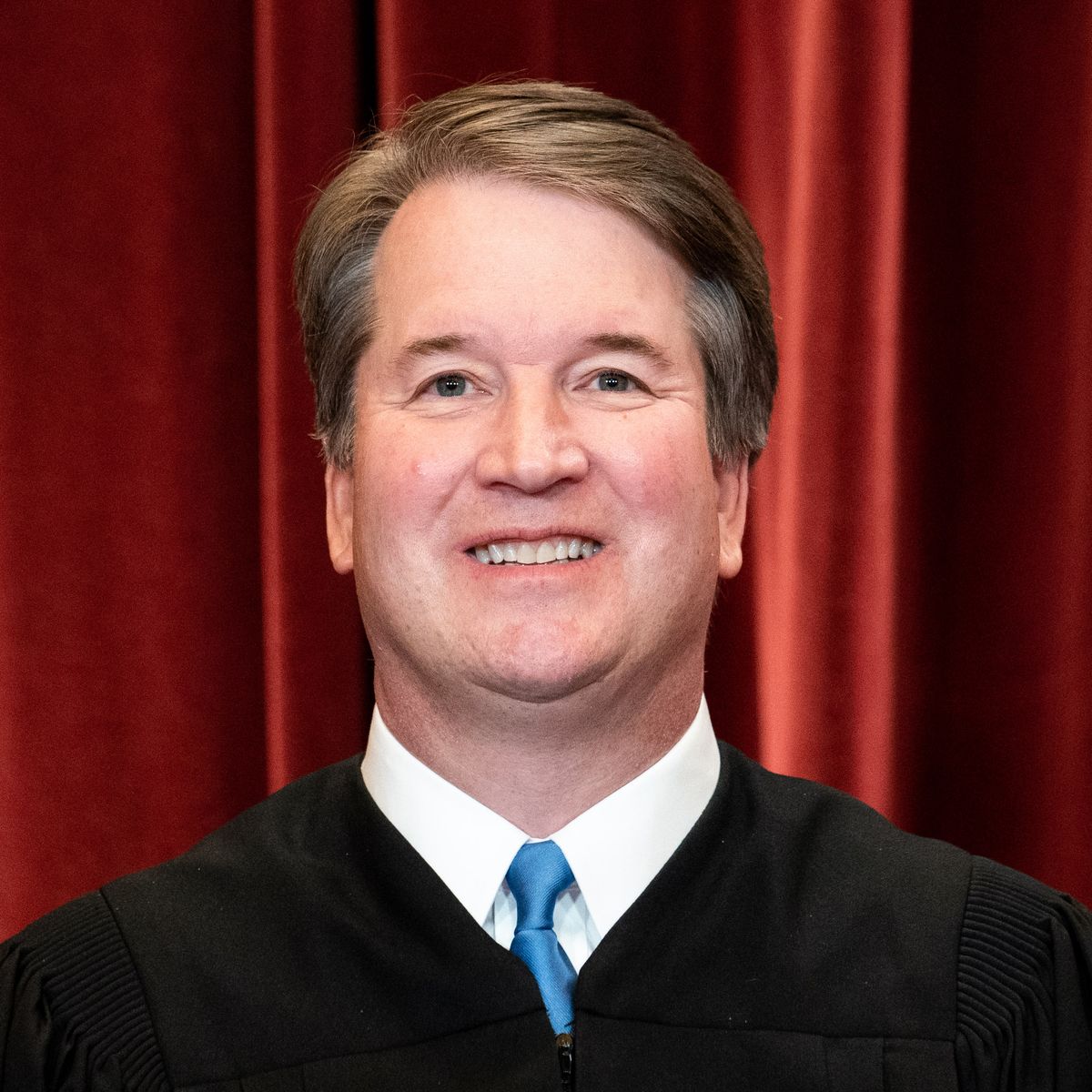 Who Is Brett Kavanaugh?

Born in Washington, D.C., in 1965, Brett Kavanaugh began his rapid ascent in the legal world following his graduation from Yale Law School in 1990. After assisting special counsel Kenneth Starr's investigations into Bill Clinton's professional and personal dealings, he joined the George W. Bush White House as counsel and staff secretary. In 2006, Kavanaugh began serving as a judge on the U.S. Court of Appeals for the District of Columbia Circuit, where he established his conservative views by issuing opinions that favor the Second Amendment and religious freedom, among other issues. On July 9, 2018, he was nominated for a spot on the U.S. Supreme Court by President Donald Trump, to replace outgoing Justice Anthony Kennedy. And on October 6, 2018, the Senate confirmed him to the Supreme Court. 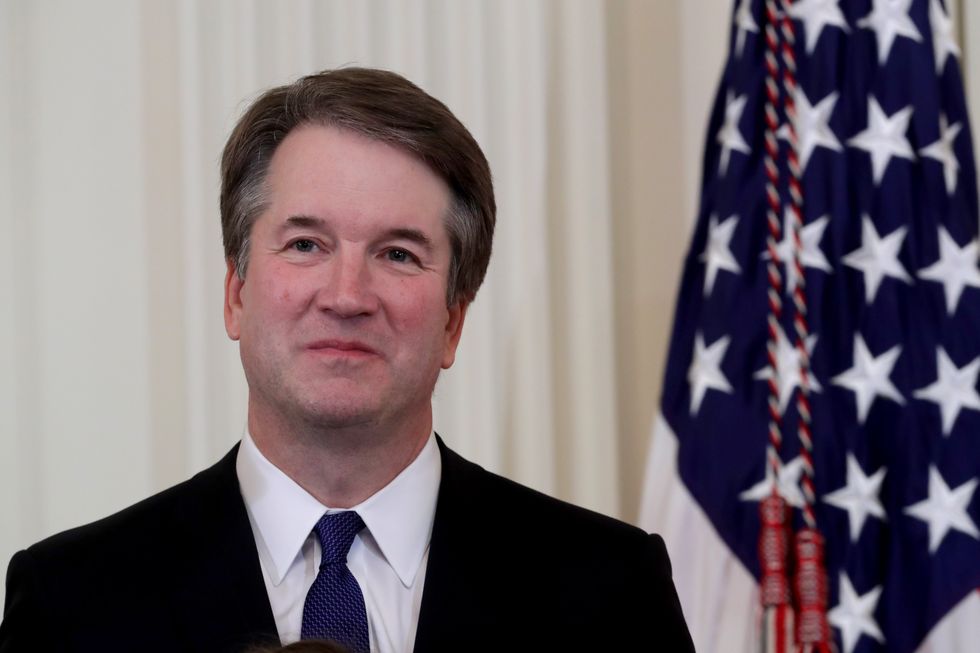 On July 9, 2018, less than two weeks after Associate Justice Anthony Kennedy announced he was retiring from the U.S. Supreme Court, President Donald Trump nominated Judge Brett Kavanaugh of the Court of Appeals for the District of Columbia Circuit to take his place. He made his selection after narrowing down a list of two dozen candidates prepared by the Federalist Society, with the other finalists said to be Judges Thomas Hardiman, Raymond Kethledge and Amy Coney Barrett.

After thanking the president, Kavanaugh declared he would immediately get to work in convincing the Senate of his qualifications. "I will tell each senator that I revere the Constitution," he said. "I believe that an independent judiciary is the crown jewel of our constitutional republic. If confirmed by the Senate, I will keep an open mind in every case, and I will always strive to preserve the Constitution of the United States and the American rule of law."

Despite his pledge, Kavanaugh faced a bruising path to confirmation, as Minority Leader Chuck Schumer and Senate Democrats, still stinging from the Republican stonewalling of Barack Obama nominee Merrick Garland in 2016, wanted to prevent the court from tipping to the right with the departure of Kennedy's swing vote.

Following a contentious battle, Kavanaugh was confirmed to the Supreme Court by a 50-48 vote in the Senate on October 6, 2018, and sworn in that day.

Initially nominated by President George W. Bush to the U.S. Court of Appeals for the District of Columbia Circuit in July 2003, Kavanaugh found the process held up by Democratic senators who accused him of being too partisan. His nomination revived three years later, he was finally confirmed in May 2006, and sworn in by Justice Kennedy.

Kavanaugh established a reputation for being a textualist and originalist, and supporters and critics parsed his nearly 300 opinions over 12 years to determine how he would address some of the era's most contentious issues as a Supreme Court justice:

While Democrats attempted to frame Kavanaugh as the piece that would finally overturn Roe v. Wade, the judge himself had little to say on the matter publicly. However, he did provide a glimpse into his thinking in 2017 with Garza v. Hargan, in which a teenager who entered the U.S. illegally requested her release from custody to obtain an abortion. When Kavanaugh's attempt to delay her release was overturned, he penned a dissent that slammed the ruling for ignoring the government's "permissible interest in favoring fetal life, protecting the best interests of a minor, and refraining from facilitating abortion."

In his 2011 dissent of Heller v. District of Columbia, which upheld an ordinance that outlawed most semi-automatic rifles, Kavanaugh argued that the Second Amendment protected the use of such firearms. "Semi-automatic rifles, like semi-automatic handguns, have not traditionally been banned and are in common use by law-abiding citizens for self-defense in the home, hunting, and other lawful uses," he wrote. Noting that he was "acutely aware" of the gun and gang violence in the nation's capital, he nevertheless pointed out that he and his colleagues were obligated to "apply the Constitution and the precedents of the Supreme Court, regardless of whether the result is one we agree with as a matter of first principles or policy."

Of the numerous lawsuits filed in the wake of the Affordable Care Act's mandate that employers provide insurance to cover purchase of contraceptives, Kavanaugh weighed in with his 2015 dissent in Priests for Life v. HHS. While conceding that the federal government had "a compelling interest in facilitating access to contraception for the employees of these religious organizations," he left no doubt about his feelings on the matter: "When the Government forces someone to take an action contrary to his or her sincere religious belief or else suffer a financial penalty, the Government has substantially burdened the individual's exercise of religion," he wrote.

In a noteworthy dissent from 2014's White Stallion Energy Center v. EPA, which upheld the Environmental Protection Agency's ability to regulate power plants without considering costs, Kavanaugh argued that any form of reasonable regulation required such consideration. His point was later cited by Justice Antonin Scalia after the Supreme Court overturned the circuit court's decision. Along those lines, in PHH v. CFPB from 2017, Kavanaugh decried the decision to grant authority at the Consumer Financial Protection Bureau to a "single unaccountable, unchecked director," arguing that only the U.S. president possessed broad executive powers due to the governmental checks and balances system and his accountability to voters.

Although he was a member of the Kenneth Starr-led legal team that ignited the Bill Clinton impeachment hearings in the late 1990s, Kavanaugh questioned whether the Constitution allows indictment of a sitting president in a 1998 Georgetown Law Journal article, and later suggested that such an undertaking would not be in the public's best interest. "Even the lesser burdens of a criminal investigation — including preparing for questioning by criminal investigators — are time-consuming and distracting," he wrote for the Minnesota Law Review in 2009. "Like civil suits, criminal investigations take the President's focus away from his or her responsibilities to the people. And a President who is concerned about an ongoing criminal investigation is almost inevitably going to do a worse job as President."

Earlier in his career, Kavanaugh found himself in the middle of a combustible political situation as an assistant to Starr, the independent counsel tapped to investigate President Clinton's investments with the Whitewater Development Corporation, before the focus turned to the president's illicit relations with intern Monica Lewinsky. Kavanaugh led the investigation into the suicide of deputy White House counsel Vincent Foster, at one point appearing before the Supreme Court in an unsuccessful attempt to obtain the notes of one of Foster's lawyers.

Kavanaugh also wrote a significant portion of the special counsel's 1998 report to Congress, which offered 11 possible grounds for impeachment. Among them, the report highlighted President Clinton's lies to his aides, resulting in them repeating inaccurate claims to a grand jury, as well as his "intentional and calculated falsehood to deceive the Congress and the American people."

A member of the Lawyers for Bush-Cheney organization during the 2000 U.S. presidential race between George W. Bush and Al Gore, Kavanaugh went on to join the legal proceedings surrounding the critical Florida recount, resulting in the historic Supreme Court ruling that awarded the presidency to the Republican. Kavanaugh subsequently worked in the White House counsel’s office from 2001 to 2003, after which he served as staff secretary to President Bush until joining the D.C. Court of Appeals in 2006.

Kavanaugh met his future wife, Ashley Estes, while both were employed by the Bush administration. While accepting the Supreme Court nomination from President Trump in the White House, Kavanaugh recalled their first date on September 10, 2001, and how she "was a source of strength for President Bush and for everyone in this building" in the aftermath of the September 11th terrorist attacks that followed. Married in 2004, they have two daughters, Margaret and Elizabeth.

In his community, Kavanaugh has coached his daughters' basketball teams and served as a lector and usher at Blessed Sacrament Church in Washington, D.C.

After graduating from Yale Law, Kavanaugh clerked for three judges: Walter Stapleton of the Court of Appeals for the Third Circuit, in Philadelphia; Alex Kozinski of the Ninth Circuit, in San Francisco; and Justice Kennedy. He went on to join Starr's office as associate counsel in 1994, and later became partner at the Kirkland & Ellis firm, where he specialized in appellate law, until leaving for good to join the Bush White House in 2001. Additionally, he began teaching at Harvard Law School in 2008, his courses covering such topics as the Supreme Court and separation of powers.

Kavanaugh attended Georgetown Preparatory School, an elite Jesuit boarding school in Maryland that also counts Supreme Court Justice Neil Gorsuch among its distinguished alumni. Along with writing for the school paper, Kavanaugh played defensive back for the football team and was named captain of the basketball team for his senior year.

He moved on to Yale College, where he pledged the Delta Kappa Epsilon fraternity and wrote for the paper's sports section, and then Yale Law School, serving as Notes Editor of the Yale Law Journal, before earning his J.D. in 1990.

Brett Michael Kavanaugh was born on February 12, 1965, in Washington D.C. An only child, he was strongly influenced by his parents' professional paths: His dad, Edward, attended law school at night and spent more than 20 years as the president of the Cosmetic, Toiletry and Fragrance Association, while his mom, Martha, moved on from a career as a public school teacher to become a prosecutor and then a state trial judge in Maryland; Kavanaugh has noted how she developed her burgeoning legal career by practicing her closing arguments at the dinner table.

Christine Blasey Ford, a Palo Alto University professor, came forward during Kavanaugh's hearing and accused him of drunkenly pinning her down and sexually assaulting her when they were teenagers in the 1980s. The Washington Post published her account, where she said, "I thought he might inadvertently kill me. He was trying to attack me and remove my clothing."

Kavanaugh refuted the claims, saying, “I categorically and unequivocally deny this allegation. I did not do this back in high school or at any time.”

A second woman also came forward just one week after Ford's claim. Deborah Ramirez alleged that Kavanaugh exposed himself to her at a party when they were both freshmen at Yale. Kavanaugh again denied the accusation, calling it "a smear, plain and simple."

After a two-day hearing, in which Ford and Kavanaugh both testified, the Senate Judiciary Committee voted along party lines to advance Kavanaugh’s nomination to the Supreme Court. Republican Jeff Flake called for a one-week delay "to let the FBI do an investigation limited in time and scope to the current allegations," before the Senate ultimately decided to advance Kavanaugh's nomination.

In September 2019, The New York Times reported on another alleged incident from Kavanaugh's freshman year at Yale that involved him exposing himself to a female student. According to the publication, a witness informed senators and the FBI of the incident, though the FBI declined to investigate further.