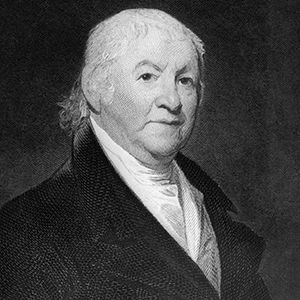 Who Was Paul Revere?

Folk hero Paul Revere was a silversmith and ardent colonialist. He took part in the Boston Tea Party and was a principal rider for Boston's Committee of Safety. In that role, he devised a system of lanterns to warn the minutemen of a British invasion, setting up his famous ride on April 18, 1775.

Revere was born on January 1, 1735, in Boston, Massachusetts. He was the son of Apollos Rivoire, a French immigrant who'd come to America on his own at the age of 13, and Deborah Hichborn, a Boston native and the daughter of an artisan family.

Apollos, who changed his name to the more English-sounding Paul soon after arriving in America, was an artisan himself. After a long apprenticeship with a goldsmith, the elder Revere set up a shop of his own in the sometimes rough North End section of Boston. When he was old enough, his son Paul, the eldest of seven children, apprenticed with him.

By all accounts, the young Revere was a serious and committed artisan. When he was 19, tragedy struck when Revere's father died, leaving his son to take over his business and support his mother and siblings. Soon, Revere also had his own family to care for. In 1757 he married Sarah Orne, with whom he had eight children. Not long after her unexpected death in 1773, Revere married Rachel Walker, with whom he had another eight children.

Revere, who augmented his income by becoming an engraver and dentist, was the by the 1760s a master goldsmith, faring well in a city that was struggling economically, squeezed by British tax policies. His clients included both artisans like himself and the city's upper class, whose homes were adorned with Revere-made tea sets and spoons.

Even as his business did well, Revere took stock of the situation around him. As others struggled, he sensed that his own livelihood could soon be affected unless issues with the British were soon addressed.

He joined the Freemasons and befriended other activists such as James Otis and Dr. Joseph Warren. As his confidence in his leadership abilities grew, so did his responsibilities. As tensions between the colonies and the British deepened, Revere was tapped to spy on British soldiers and report on their movement.

In addition he worked as a courier for the Boston Committee of Correspondence and the Massachusetts Committee of Safety. In a brazen act of defiance, he and others dressed as Native Americans and dumped tea into Boston Harbor, launching what came to be known as the Boston Tea Party.

But it was his ride on April 18, 1775, that etched his name into history, especially after it was commemorated later by the poet Henry Wadsworth Longfellow. At 10 that night Revere rode to Lexington to warn John Hancock and Samuel Adams of the approaching British.

The Battle at Lexington ensued, and with it, the American Revolution. During the war, Revere donned many different hats. He manufactured gunpowder and cannon for the Continental Army, printed the country's first money, and commanded Castle William at Boston Harbor.

Following the war, Revere continued to build on his reputation as a master craftsman and industrialist. He learned to roll copper and opened the country's first copper-rolling mill. In addition, he operated a hardware store and later a foundry.

Respected for his work and charitable contributions, including his involvement with the Massachusetts Charitable Mechanics Association, Revere retired from working life in 1811 at the age of 76. He died in his home city of Boston on May 10, 1818.