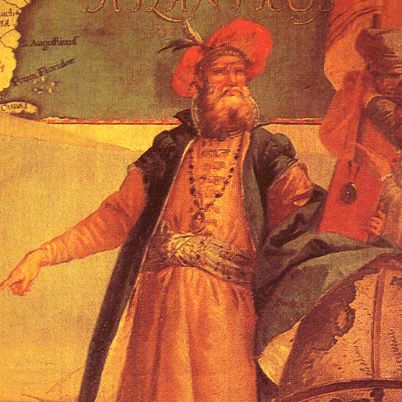 Who Was John Cabot?

Cabot was born Giovanni Caboto around 1450 in Genoa, Italy. Cabot was the son of a spice merchant, Giulio Caboto. At age 11, the family moved from Genoa to Venice, where Cabot learned sailing and navigation from Italian seamen and merchants.

Cabot officially became a Venetian citizen in 1476 and began conducting trade in the eastern Mediterranean. Records indicate that he got into financial trouble and left Venice as a debtor in November 1488. During this time, Cabot became inspired by the discoveries of Bartolomeu Dias and Christopher Columbus.

In 1497, Cabot traveled by sea from Bristol to Canada, which he mistook for Asia. Cabot made a claim to the North American land for King Henry VII of England, setting the course for England's rise to power in the 16th and 17th centuries.

Like Columbus, Cabot believed that sailing west from Europe was the shorter route to Asia. Hearing of opportunities in England, Cabot traveled there and met with King Henry VII, who gave him a grant to "seeke out, discover, and finde" new lands for England. In early May of 1497, Cabot left Bristol, England, on the Matthew, a fast and able ship weighing 50 tons, with a crew of 18 men. Cabot and his crew sailed west and north, under Cabot's belief that the route to Asia would be shorter from northern Europe than Columbus's voyage along the trade winds. On June 24, 1497, 50 days into the voyage, Cabot landed on the east coast of North America.

The precise location of Cabot’s landing is subject to controversy. Some historians believe that Cabot landed at Cape Breton Island or mainland Nova Scotia. Others believe he may have landed at Newfoundland, Labrador or even Maine. Though the Matthew's logs are incomplete, it is believed that Cabot went ashore with a small party and claimed the land for the King of England.

In July 1497, the ship sailed for England and arrived in Bristol on August 6, 1497. Cabot was soon rewarded with a pension of £20 and the gratitude of King Henry VII.

In 1474, Cabot married a young woman named Mattea. The couple had three sons: Ludovico, Sancto and Sebastiano. Sebastiano would later follow in his father’s footsteps, becoming an explorer in his own right.

It is believed Cabot died sometime in 1499 or 1500, but his fate remains a mystery. In February 1498, Cabot was given permission to make a new voyage to North America; in May of that year, he departed from Bristol, England, with five ships and a crew of 300 men. The ships carried ample provisions and small samplings of cloth, lace points and other "trifles," suggesting an expectation of fostering trade with Indigenous peoples. En route, one ship became disabled and sailed to Ireland, while the other four ships continued on. From this point, there is only speculation as to the fate of the voyage and Cabot.

For many years, it was believed that the ships were lost at sea. More recently, however, documents have emerged that place Cabot in England in 1500, laying speculation that he and his crew actually survived the voyage. Historians have also found evidence to suggest that Cabot's expedition explored the eastern Canadian coast, and that a priest accompanying the expedition might have established a Christian settlement in Newfoundland.