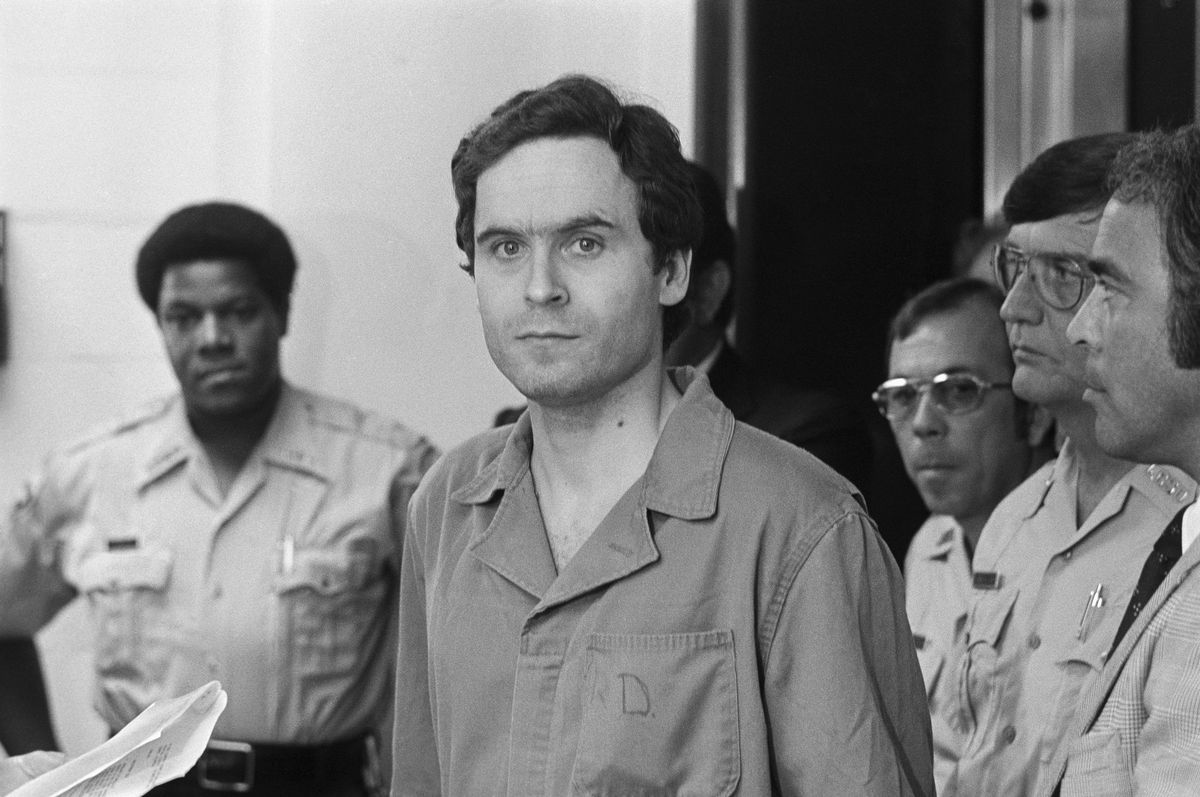 If there's such a thing as a "stereotypical" serial killer, Ted Bundy didn't seem to fit the bill.

Handsome, intelligent and charming, Bundy became a rising star in Washington state politics en route to earning an undergraduate degree in psychology and enrolling in law school. It was a package that seemingly made him quite the catch for his female acquaintances.

But it was that intelligence and charm that enabled him to reel in his unsuspecting prey and revealed him for what he really was: a sadistic monster. Over a four-year period in the 1970s, Bundy abducted, bludgeoned and killed at least 20 women, with dozens more also possibly meeting a gruesome end at his hands.

Bundy may not have looked the part, but by the time his reign of terror ended, his name had come to symbolize the worst of the outcasts who seemingly strike at random and leave behind a trail of shattered lives.

Bundy, then attending the University of Puget Sound's law school, mercilessly beats University of Washington student Karen Sparks at her Seattle home. Sparks becomes one of the few Bundy victims to survive, though she suffers permanent brain damage from the attack.

Lynda Ann Healy, another UW undergrad, disappears from her off-campus home in the early morning hours, leaving behind a carefully made bed with blood on the pillow. Her remains are found a year later, alongside those of other women, outside Seattle on Taylor Mountain.

Two college students, Janice Ott and Denise Mashind, vanish from the Seattle area's Lake Sammamish State Park within a three-hour timeframe. Witnesses recall a young man named Ted, his arm in a sling, asking the women for help carrying his boat. His description matches that of the injured "Ted" seen at nearby schools from which several female students had gone missing. Many of these young women shared a notable physical characteristic: long hair parted in the middle.

Leaving his job at the Emergency Services Department in Olympia, Washington, Bundy heads to Salt Lake City to resume his studies at the University of Utah Law School.

Posing as a police officer in Murray, Utah, Bundy lures 18-year-old Carol DaRonch from a mall to his tan Volkswagen Beetle, where he attempts to apply handcuffs before she escapes. Later that day, 17-year-old Debra Kent disappears after leaving a high school play to pick up her younger brother. Investigators find a key in the school parking lot that fits the handcuffs used on DaRonch.

A 23-year-old nurse named Caryn Campbell disappears from her hotel in Snowmass, Colorado, after leaving the lobby to retrieve a magazine from her room. Her body is found a few weeks later in a snowbank outside the resort village.

Highway Patrol Sergeant Bob Hayward stops a tan Volkswagen Beetle that had been lingering outside a home in Granger, Utah. Hayward arrests the shaggy-haired driver after finding a ski mask, a crowbar, an ice pick and handcuffs in the car. But charges of evading police aren't enough to keep him detained for long, and Bundy is soon released.

October 2, 1975: Bundy is selected from a police lineup

Although previous efforts to identify Bundy had failed, DaRonch and two other women point him out in a police lineup. He is arrested and charged with attempted kidnapping

March 1, 1976: Bundy is convicted for his abduction efforts

Following a five-day trial, during which he waived the right to be heard by a jury, Bundy is found guilty of aggravated kidnapping, drawing a one-to-15-year prison sentence.

Investigators link Bundy to the January 1975 death of Campbell through the discovery of her hair in his car, the use of his gasoline credit card in the vicinity the day she disappeared and eyewitness accounts of him being at her hotel. He is extradited to Aspen, Colorado, in early 1977 to stand trial.

Allowed access to the law library at Aspen's Pitkin County Courthouse, an unshackled and unguarded Bundy leaps from a second-floor window and heads into the mountains. Following a six-day manhunt, he is found driving a stolen car and returned to custody.

December 30, 1977: A slimmed-down Bundy disappears from his prison cell

Moved to an allegedly more secure facility in Glenwood Springs, Colorado, Bundy loses enough weight to squeeze through an opening cut through his ceiling and into the duct system. He exits into the empty apartment of a prison worker, changes clothes and escapes once again, this time leaving Colorado behind and eventually winding up in northern Florida.

Breaking into FSU's Chi Omega sorority house at around 3 a.m., Bundy strangles the life out of Margaret Bowman and Lisa Levy and beats Kathy Kleiner and Karen Chandler with a club-like object before fleeing. He then enters another home a few blocks away and brutally assaults another student, Cheryl Thomas. Kleiner, Chandler and Thomas survive their injuries, though none is able to describe the attacker.

Seventh grader Kimberly Leach disappears in the middle of the day from Florida's Lake City Junior High School; at 12 years of age, she is significantly younger than Bundy's usual victims. Her body is found two months later under a shed in Suwannee River State Park.

After pulling over a car with its headlights off at 1:30 a.m., and finding the plates to match those of a stolen vehicle, Pensacola Police officer David Lee finds himself in a violent scuffle before subduing the driver. Unwilling to give his identity right away, the man eventually reveals himself to be the FBI-wanted Bundy.

The trial – reportedly the first to be televised nationally – commences with jury selection at Miami's Dade County Metro Justice Building. Off the bat, Bundy complains to Judge Edward Cowart about the conditions of his prison cell, paving the way for a bizarre month of proceedings, during which he bickers with his counsel, takes the reins to cross-examine a police officer and sits for testimony while referring to himself in the third person.

Despite defense objections to his testimony being permitted, forensic dentist Richard Souviron compares large photographs of Bundy's teeth to those of the bite marks found on one of the FSU students and proclaims them to be a match.

July 24, 1979: Bundy is convicted for the deaths of the Florida State students

After deliberating for less than seven hours, the jury of seven men and five women find Bundy guilty of first-degree murder of Bowman and Levy and the attempted murders of Kleiner, Chandler and Thomas. The following week, he is sentenced to die in Florida's electric chair. 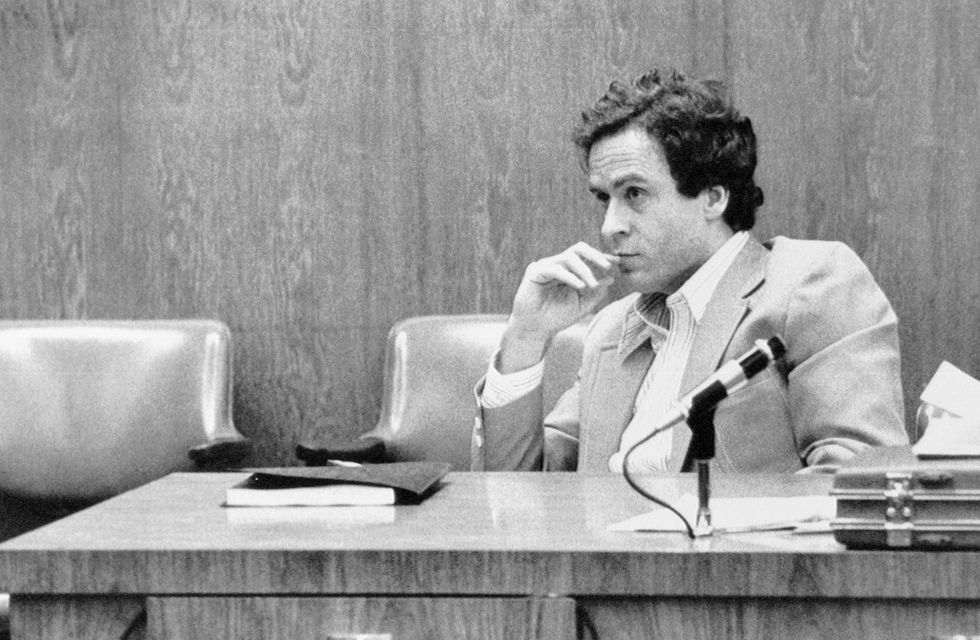 Ted Bundy at his trial in 1980 for the murder of 12-year-old Kimberly Leach.
Photo: Getty Images

January 7, 1980: Bundy stands trial for the murder of Kimberly Leach

Brought to Orlando for his second murder trial in a half-year span, Bundy is undone by the testimony of a firefighter who had seen the suspect lead the 12-year-old to his van and the matching clothing fibers found on both the alleged killer and victim. One month later, the jury finds Bundy guilty once again.

February 9, 1980: Bundy gets married before receiving another death sentence

During the penalty phase of the trial, Bundy proposes to girlfriend Carole Boone in the presence of a notary public, rendering their marriage legal. Shortly afterward, the jurors recommend the death sentence for the newly married convict.

August 17, 1980: Bundy becomes the subject of a popular book

Crime reporter Ann Rule publishes The Stranger Beside Me, her recollections of working alongside Bundy at a suicide crisis hotline in the early 1970s and their evolving friendship as he came to be recognized as a deadly serial killer. The following year, Elizabeth Kendall writes of her own close encounters as Bundy's girlfriend of several years in The Phantom Prince.

Just hours before his scheduled execution for killing Leach, Bundy is granted a stay to determine his mental competency during his 1980 trial. Thirteen months later, a district judge rules that Bundy was fully competent for the trial, calling him a "diabolical genius" for good measure.

After admitting to numerous murders, including three that predate the Northwest spree of 1974, Bundy sits for an interview with evangelist James Dobson and blames his demented behavior on his addictions to alcohol and pornography. That evening the U.S. Supreme Court rejects an emergency stay of execution for the prisoner by a 5-4 vote.

At Florida State Prison, Bundy is strapped into an electric chair nicknamed "Old Sparky" at around 7 a.m. After telling witnesses to "give my love to my family and friends," the notorious killer is declared dead by electrocution at 7:16, drawing cheers from the estimated 200 people gathered outside.