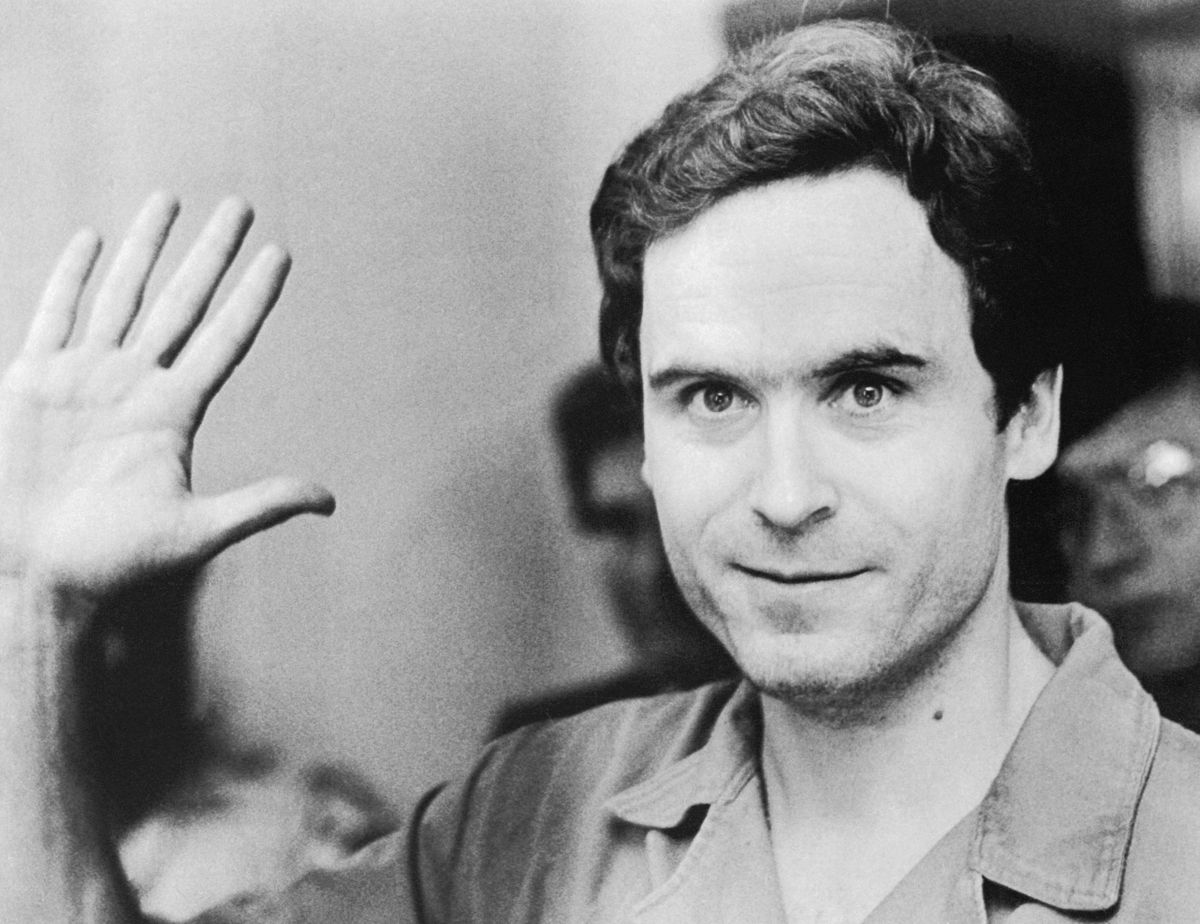 Before she did, she wrote a book, The Phantom Prince: My Life with Ted Bundy, detailing her turbulent, six-year relationship with the infamous serial killer, who had led a double life as a loving partner and a heinous serial killer. (Bundy eventually admitted to killing 36 women across several states in the 1970s, although experts and people close to him speculate his actual number of victims was closer to 100.)

Written under the pseudonym Elizabeth Kendall, and published in 1981, the 183-page memoir details the night she and Bundy met in a Seattle bar in 1969 and the hot-and-cold relationship that followed. It concludes with the tearful calls Bundy made to her from jail prior to his death. The book focuses on love and vulnerability, not murder. It was published when Kloepfer was 36 years old, and Bundy was on death row.

Kloepfer describes herself in the book as a shy, insecure and lonely single mom, divorced and struggling with alcoholism, when she moved from Ogden, Utah to Seattle to try and change the course of her unhappy life. She desperately wanted to be loved and married, and have a father for her young daughter, Tina.

She found a job as a secretary at the University of Washington Medical School. One night, her friend suggested she get a babysitter and come out for a few drinks at a local bar. It was something she never did, given she was scraping by financially.

In her book, Kloepfer says she was trying to escape a creepy guy in the bar when she saw Bundy sitting alone and approached him. Thinking he looked sad, she said to him, "You look like your best friend just died." The two began to talk. Conversation flowed naturally, and the chemistry was instant. Bundy ended up spending a platonic night at her house, but they became a couple a short time later.

"I handed Ted my life and said, 'Here. Take care of me.' He did in a lot of ways, but I became more and more dependent upon him. When I felt his love, I was on top of the world; when I felt nothing from Ted, I felt that I was nothing," she said in the book.

Despite having a volatile relationship, Bundy and Kloepfer almost got married

His feelings toward her were strong but inconsistent, she said. "We would be getting along fine and then a door would slam and I would be out in the cold until Ted was ready to let me back in. I'd spend hours trying to figure out what I had done or said that was wrong. And then, suddenly, he would be warm and loving again and I would feel needed and cared for," she wrote.

One story in the book takes place in February 1970, after Kloepfer told Bundy that she wanted to call him "my husband Ted" rather than "my boyfriend." They went to the courthouse, borrowed $5 from a friend and got a marriage license. A few days later, before Kloepfer's parents arrived in Seattle for a visit, she asked him to move his stuff out of the apartment, fearing it could upset her conservative parents. This made Ted angry, and she recalls him saying, "If you're that hung up on what your parents think, then you're not ready to get married." He tore up the license in pieces and walked away.

Things started to get strange in 1974 after news reports surfaced of murders and rapes of two women in the area. The name "Ted" was being mentioned by witnesses, as well as a Volkswagen, like the one Bundy drove. Kloepfer was suspicious but reluctant to believe that Bundy was capable of murder.

When she questioned him about some strange behaviors — like when she found a meat cleaver on his desk, a surgical glove in his coat pocket or drove hundreds of miles to Colorado one night to de-stress from work — he used his intelligence and charm to talk his way out of it.

Eventually, she made the difficult decision to betray the man she loved and go to the police. They didn't think Bundy was the killer, and she stayed with him and never told him she'd gone to the authorities.

Their relationship began to fizzle when Ted moved to Olympia for a job, and then Utah. They saw each other less and less, started dating other people, but always stayed in touch. His love letters and calls, even from jail, always sucked her right back in. "Ted's letters made me feel loved," she wrote.

When news reports of missing women surfaced in the new places he lived, Kloepfer was increasingly convinced he was involved and approached the police again in 1975. This time, the information she provided help them charge Bundy with the murders.

One of the book's most gripping accounts is when Bundy called Kloepfer at 2 a.m. from his Florida prison. He confessed that he tried to stay away from her when he "felt the power of his sickness building in him," according to the book, but couldn't resist his impulse. Once he even tried to kill Kloepfer, he told her. He had closed the fireplace damper so the smoke couldn't go up the chimney, and put a towel in the door crack so the smoke would stay in the apartment.

"I remembered that night well," Kloepfer wrote. "My eyes were running and I was coughing. I jumped out of bed and threw open the nearest window and stuck my head out. After I had recovered some, I opened all the windows and the doors and broke up the fire the best I could. I had gotten on Ted the next day for not coming back with the fan."

Even though he was a serial killer, Kloepfer calls Bundy "warm and loving"

The two parted ways permanently, and in 1980, during the penalty phase of his murder trial, Ted Bundy married Carole Ann Boone, a mother of two whom he'd dated previously. She gave birth to a daughter, Rose, in 1982 and named Bundy as the father.

Kloepfer wrote that she struggled to come to terms with the man she loved being the same man who committed all these murders. Since their split, she battled alcoholism, struggled to be close to people and relied on her faith to guide her through dark times. "My spiritual growth is extremely important to me now. I try to live my life according to God's will. I pray for Ted, but I am sickened by him," she said. "The tragedy is that this warm and loving man is driven to kill."

The spotlight Kloepfer shuns is about to shine on her again. A movie about Bundy's crimes told from Kloepfer's perspective, Extremely Wicked, Shockingly Evil and Vile, will debut at the Sundance Film Festival — almost 30 years after Bundy was put to death by electric chair. It stars Zac Efron as Bundy and Lily Collins as Kloepfer.