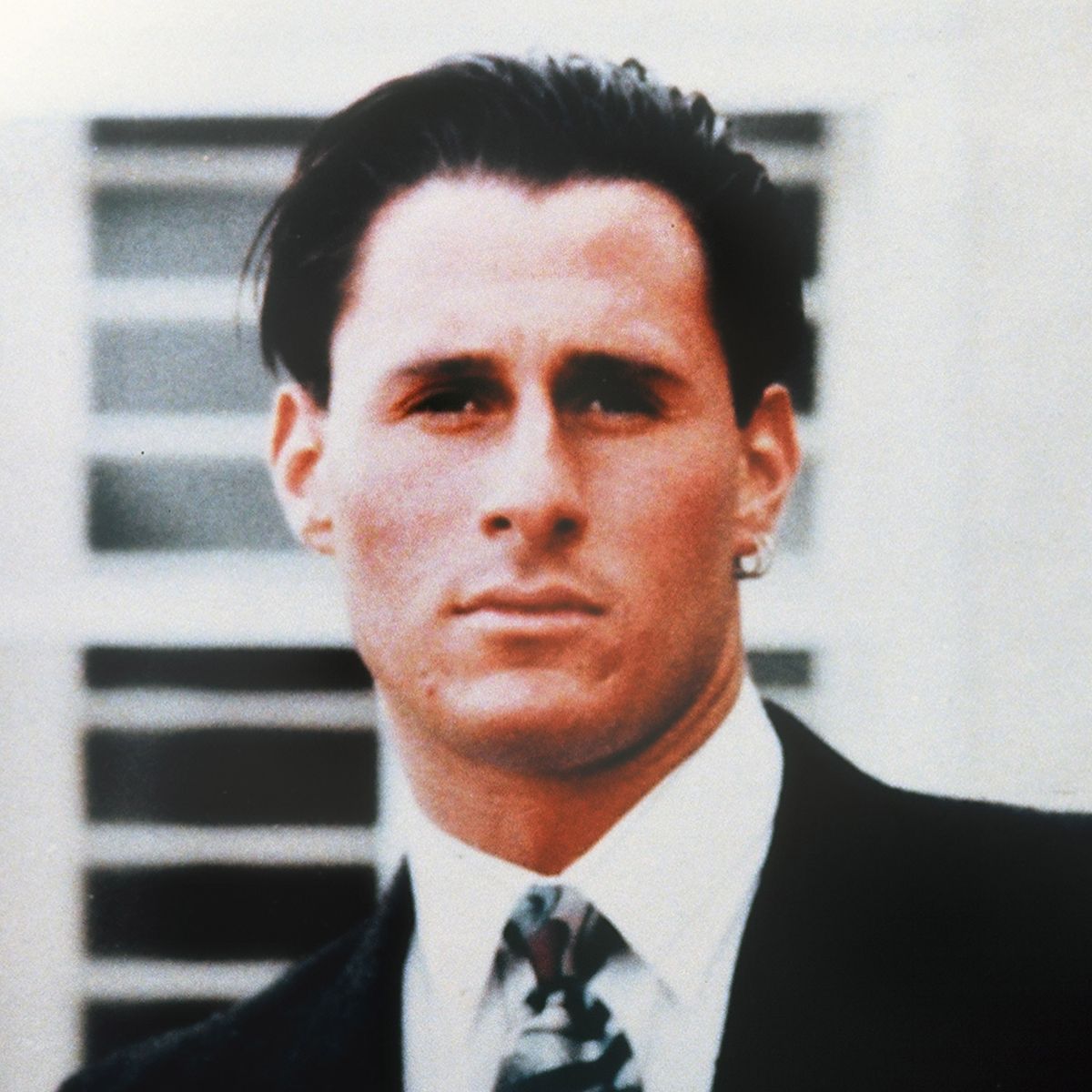 Ron Goldman spent the early part of his much-too-brief life in Illinois. He moved to California in the late 1980s after briefly attending Illinois State University. There Goldman eventually found work as a waiter for Mezzaluna, a Brentwood restaurant. He was murdered along with friend Nicole Brown Simpson outside of Simpson’s home on the night of June 12, 1994. Former pro football player and Nicole’s ex-husband O.J. Simpson was charged with the murders, but he was acquitted in this case. Goldman’s family later won a civil suit against O.J. for Ron’s death.

Born on July 2, 1968, Ron Goldman was only 25 years old when he was brutally murdered alongside friend Nicole Brown Simpson. He grew up in Buffalo Grove, Illinois, a suburb of Chicago. Goldman and his younger sister Kim were raised by their father Fred after their parents divorced in 1974. He went to Twin Groves Junior High School and Adlai Stevenson High School. In high school, he was known as a kind, skinny kid who played soccer and tennis. Goldman graduated in 1986 and went to college at Illinois State University.

Dropping out after a year of college, Goldman moved to California where his family had relocated. He took on a number of different jobs as he tried to find himself. Goldman worked as a tennis instructor and as a waiter. Committed to his own health and fitness, he frequented the gym and avoided alcohol. Goldman was an occasional nightclub promoter and a onetime model, but he hoped to one day become a restauranteur. He had a vision of using an ankh, an Egyptian symbol of eternal life, as his restaurant’s name.

While working as a waiter at Mezzaluna, located in the Los Angeles neighborhood of Brentwood, Goldman became friends with Nicole Brown Simpson, the ex-wife of football star O.J. Simpson. The pair weren’t close pals, but Simpson did let Goldman try her convertible Ferrari occasionally.

On the night of June 12, 1994, 25-year-old Goldman volunteered to return a pair of glasses that Nicole Brown Simpson had left at the Mezzaluna restaurant earlier that evening. He had plans to meet up with a friend and go out after stopping by Simpson’s Brentwood condo, but he never made it there. Goldman and Simpson were killed outside of Simpson’s home sometime that night. According to reports, Goldman was stabbed numerous times. He was considered to be an innocent bystander who stumbled across the attack on the intended victim Nicole Brown Simpson. Her ex-husband O. J. Simpson quickly emerged as a suspect in the grisly double homicide and was later charged with both murders.

The Search for Justice

Less than six months after Ron’s gruesome death, O.J. Simpson was put on trial for his murder and the murder of Nicole Brown Simpson. The case, called the “Trial of the Century” by some, stretched on for months. Goldman’s sister Kim and stepmother Patti were often present at the proceedings and his father Fred was vocal in the media about the case. Fred and Kim Goldman also launched their own legal battle against Simpson by filing a wrongful death suit against the former football player.

In June 1995, the Goldman family had an unveiling of Ron’s gravestone, following Jewish tradition. The murder trial finally concluded that October with Simpson being acquitted on the charges. The Goldmans did, however, eventually win their civil case against Simpson and won a $33.5 million settlement. His family also established the Ron Goldman Foundation for Justice.