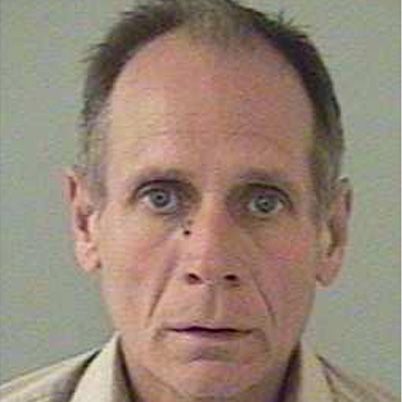 Who Is Phillip Garrido?

Born in California in 1951, Phillip Garrido spent 11 years in prison after abducting and raping a woman in 1976. He kidnapped 11-year-old Jaycee Dugard in 1991, and over the course of the next 18 years, he repeatedly raped her and impregnated her twice. Garrido and his wife, Nancy, were arrested shortly after his trip to the UC Berkeley campus in August 2009 aroused the suspicion of authorities. In 2011, he was sentenced to 431 years to life behind bars.

Phillip Craig Garrido was born in Pittsburg, California, on April 5, 1951. After graduating from high school in 1969, he began struggling with substance abuse and was arrested for possession later that year.

In 1972, Garrido was arrested for drugging and raping a 14-year-old girl, although the charges were dropped after the victim refused to testify. In 1976, he abducted a 25-year-old woman and raped her in a warehouse. This time he was caught, and sentenced to 50 years in federal prison for kidnapping and another five years to life on state charges of sexual assault. However, he served only 11 years of the sentence and earned his parole in 1988.

Garrido earned a living through a small printing business, but eventually, he became more of a religious fanatic, creating a website and a machine through which he could ostensibly convey divine messages as part of his "God's Desire" organization.

On June 10, 1991, Garrido and his wife, Nancy, kidnapped 11-year-old Dugard outside of her home in South Lake Tahoe, California. They held Dugard captive in the backyard of their Antioch, California, home for 18 years, during which time Garrido raped Dugard repeatedly, fed her countless lies and impregnated her twice — Dugard had two daughters with Garrido, giving birth to them when she was 14 and 17.

On August 24, 2009, Garrido and Dugard's young daughters arrived at the campus of the University of California at Berkeley, where Garrido inquired about holding an event for his religious organization. UCPD special events manager Lisa Campbell told him to return the following day but also asked officer Ally Jacobs to conduct a background check on the suspicious man. After discovering that Garrido was on federal parole for kidnapping and rape and was a registered sex offender, Jacobs placed a call to his parole officer, who was shocked to hear that the supposedly childless Garrido was accompanied by two girls.

Ordered to a parole meeting on August 26, 2009, Garrido arrived with Nancy, Dugard and their two daughters. He initially insisted that "Allissa" — his name for Dugard —and the two girls were relatives, but eventually crumbled under interrogation. Two days later, Garrido and Nancy were formally charged with 29 felony counts, including rape and false imprisonment.

Garrido was named a suspect in several other California kidnapping cases, including the 1988 abduction of 9-year-old Michaela Garecht, although he was not charged with other crimes.

After pleading guilty to one count of kidnapping and 13 counts of sexual assault, Garrido was sentenced to 431 years to life in prison in June 2011. That same day, Nancy earned a sentence of 36 years to life. Garrido was sent to Corcoran State Prison in California, where he was to share a spot in the Protective Housing Unit alongside another notorious criminal, Charles Manson.