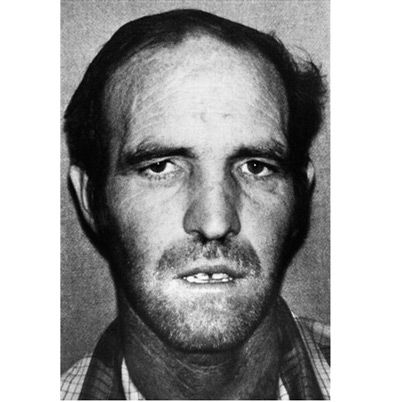 Who Was Ottis Toole?

Serial killer Ottis committed his first murder at age 14. Toole began a sexual relationship and crime partnership with Henry Lee Lucas in the ‘70s. Once arrested, the two confessed to more than a hundred murders, including the murder of America’s Most Wanted host John Walsh’s son. Toole died in prison in 1996.

Ottis Elwood Toole was born on March 5, 1947 in Jacksonville, Florida, Toole was raised by a single mother after his father deserted them. His mother has been reported to be cruel and both she and Toole's grandmother possessed extreme religious views. Toole admitted to committing his first murder at age 14. After being picked up by a traveling salesman who forced him to have sex, Toole ran the man down with his own car. As a boy, Toole was classified as developmentally disabled, and he soon dropped out of school and turned to a life of petty crime.

During the mid-1970s, Toole's crimes turned murderous, though the exact number of killings is unknown. In 1976, he hooked up with a deviant named Henry Lee Lucas, who became his partner in crime. Though he married in 1977, Toole's bride complained about the homosexual relationship he shared with Lucas, and the couple soon separated.

Following his mother's death in 1981, Toole reportedly claimed nine more victims in six states between January 1982 and February 1983. Once incarcerated, Toole backed up Lucas' game of confessions with police officers, admitting to helping Lucas in another 108 homicides. A practicing cannibal, Toole provided gruesome details to the crimes, but in the end, it remains unclear how many killings he and Lucas actually committed.

In 1984, Toole was convicted of setting a fire that killed 64-year-old George Sonnenberg. Sentenced to death for that crime, he was indicted one month later for the murder of 19-year-old Ada Johnson. In 1991, he pled guilty to four more slayings in Florida. Toole died of liver failure while incarcerated in September 1996.

In December 2008, police announced definitively that serial killer Toole was responsible for the 1981 murder Walsh's son. The announcement brought to a close a case that has troubled the Walsh family for more than two decades. Their search was responsible for launching the popular television show America's Most Wanted about the nation's most notorious criminals, and inspired changes in how authorities search for missing children.

Toole twice confessed to killing the child, but later denied his testimony. He claimed responsibility for hundreds of murders, but police determined most of the confessions were lies. While police were not specific about the evidence that linked Toole to the Walsh killing, they said an extensive review of the case file pointed only to Toole.

The Walsh family long ago derided the investigation as botched. Still, Walsh praised the Hollywood, Florida, police department for closing the case. "This is not to look back and point fingers, but it is to let it rest," Walsh said.

Toole died from cirrhosis on September 15, 1996, at Florida State Prison.