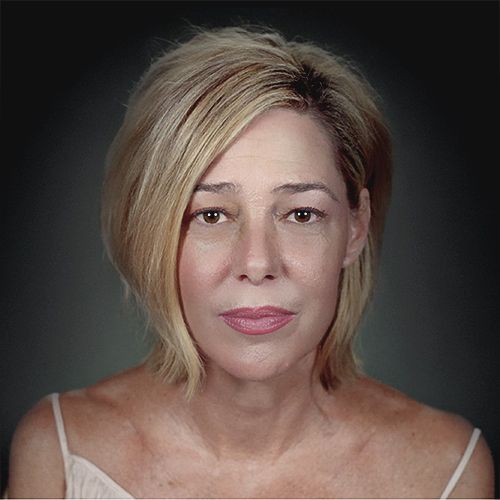 Who Was Mary Kay Letourneau?

Elementary school teacher Mary Kay Letourneau became infamous in February 1997 when it was learned that she had a sexual affair with Vili Fualaau, a 13-year-old boy in the class she taught. After serving 80 days of a seven-year sentence, Letourneau was released on parole and was promptly caught with Fualaau again and sent to prison for her full term. Upon her release, the two married in 2005, having had two children as well.

Letourneau was born Mary Katherine Schmitz on January 30, 1962, in Orange County, California. She was the fourth child and first daughter of college professor John Schmitz, and his devoutly Roman Catholic wife, Mary Schmitz. With plans to pursue a career in politics, she intended to move to Washington, D.C., following her college graduation from Arizona State University.

However, while still a student, she met fellow classmate Steve Letourneau and became pregnant with their first child, whom they named Steven Jr. In 1985, the couple got married and dropped out of college before moving to his hometown of Anchorage, Alaska. A year later, the family moved to Seattle, Washington, where they had three more children (Mary Claire, Nicholas and Jacqueline) over the next few years.

In 1989, Letourneau took a job teaching at Shorewood Elementary School, where she became a respected member of the faculty. As a teacher, Letourneau took sixth-grade student Fualaau under her wing and encouraged his artistic talents. He spent time at her house, and she encouraged a friendship between him and her oldest child, Steve, who was only a year younger than him.

In June 1996, however, she began a sexual relationship with the 13-year-old, a relationship that Fualaau would later say he welcomed. The relationship came crashing to a halt in February 1997, when Steve Letourneau found love letters that his wife had written to Fualaau. Later that month, a relative of Steve's reported the affair to officials at Shorewood Elementary. The police were notified, and Letourneau (who at the time was pregnant with Fualaau's child) was arrested and charged with statutory rape.

Letourneau gave birth to a baby girl, named Audrey, in May 1997. Three months later, Letourneau pleaded guilty to two counts of second-degree rape. Although a defense psychiatrist testified that she suffered from bipolar disorder (a form of manic depression), Letourneau was sentenced to seven years in prison. After serving 80 days, she was granted a release on the condition that she enter a treatment program for sex offenders and promised not to have any contact with Fualauu. In February 1998, Letourneau violated the terms of her parole when the Seattle police caught her with Fualauu in a parked car. Authorities found $6,200 in cash, passports and receipts for $850 in clothing purchases, leading authorities to speculate that Letourneau and Fualauu were planning to flee the country.

As a result of the violation of her parole, Letourneau was sentenced to serve her full prison term at the Washington Correction Center for Women. In October 1998, she gave birth to a second daughter by Fualauu (supposedly conceived during her brief period of parole). Both girls were in the custody of Fualaau's mother, Soona, while Letourneau served her time. The Letourneaus divorced during this time as well, and all four children from their marriage remained in the sole custody of their father, who moved with them to Alaska.

Letourneau was released from prison in August 2004. Shortly after her release, a judge lifted an order that barred contact between Letourneau and Fualaau after the 21-year-old Fualaau petitioned the court. He and Letourneau soon got engaged. In May 2005, the couple married at a winery in Woodinville, Washington. They sold their wedding video to the press. Eventually reunited with their children, Fualaau and Letourneau settled in a suburb of Seattle, Washington. Fualaau has been working as a DJ in recent years, and the couple hosted a series of "Hot for Teacher" nights at a local club in 2009.

In early 2014, Letourneau was arrested once again for driving with a suspended license and failure to appear in court. However, this was a far shorter stint behind bars after she was released on $5,000 bond the same day that she was arrested. She and Fualaau celebrated their 10-year wedding anniversary in 2015, with famed interviewer Barbara Walters talking to the couple on an episode of 20/20.

Letourneau has two daughters with Fualaau: Audrey Lokelani (b. 1997) and Georgia (b. 1998), who was born while Letourneau was serving time in prison. The two daughters appeared to be well-adjusted teenagers when they were introduced to the world during Walters's 2015 interview with the couple.

In May 2018, A&E aired the two-hour documentary Mary Kay Letourneau: Autobiography. Having moved on to a quiet career as a paralegal, the 56-year-old discussed the origins of the illicit relationship that shocked the country, and wept as she recalled the difficulties of being separated from her loved ones while incarcerated.

Executive producer Brad Abramson said he hoped the special would provide a glimpse into the little-known side of a devoted mother, wife and community member. "She’s still in touch with her four older children from her first marriage. And they are a part of her life now," he said. "It's pretty unimaginable … that 20 years later, you have her and her kids and Vili and her older kids all together as one extended family. It's pretty remarkable what she has done."

In May 2017, Fualaau legally separated from Letourneau, but according to an interview he allegedly gave Radar Online, it was a financial decision made by the couple due to his desire to start a marijuana business.

“It’s not necessarily what you think,” he told the magazine about the separation filing. “When you want to get licensed, they do background checks on both parties. If I decide to be a part of it, I have to be licensed, and I have to be vetted, and so does a spouse. She has a past. She has a history.”

However, in August 2017, speaking through his lawyer, Fualaau claimed that he never gave an interview to Radar and that he was proceeding with the separation, despite Letourneau's desire for reconciliation, as revealed in court documents.

On July 7, 2020, Letourneau's attorney, David Gehrke, confirmed that she had passed away from cancer the day prior in her home near Seattle. Fualaau was by her side. "Vili moved back from California, gave up his life there, and for the last two months of Mary’s life he stood by her 24/7 taking care of her," Gehrke said. "So yes, they were divorced and they had their spats, but they were always in love with each other."