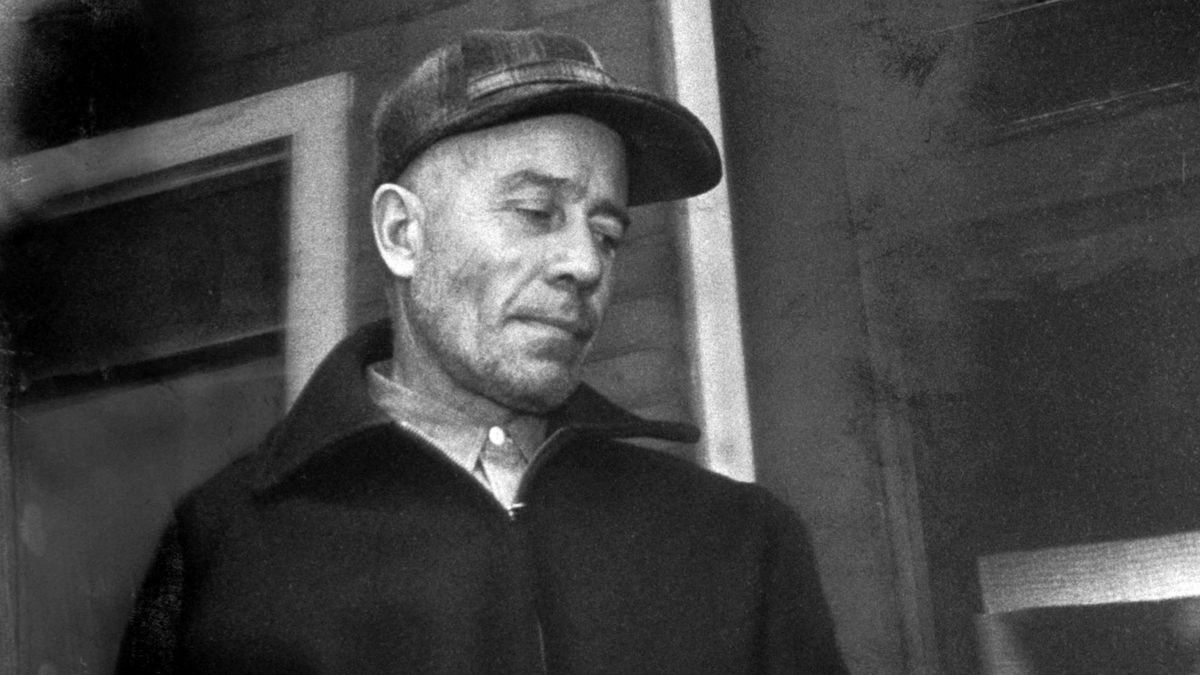 Ed Gein wasn't actually a serial killer — he only admitted to killing two women — rather, he was a body snatcher who had an obsession with his deceased mother, Augusta.

After his mother passed away, Gein was the sole survivor of his family. He was a loner who lived on a farm and made a living off of being a handyman in Plainfield, Wisconsin.

In 1957, after the town's hardware store owner Bernice Worden went missing, Gein was the last person reportedly seen at her store. After he was arrested, authorities searched his home and not only found Worden's decapitated body but also a museum of horrors they couldn't possibly imagine.

Inside Gein's farmhouse was an array of human body parts: skulls used as bed posts, waste baskets and chair seats made of human skin, nine salted vulvas in a shoebox, leggings made from leg skin, a belt made out of nipples and face masks made from female skin.

After admitting to the murders of both Bernice Worden and tavern owner Mary Hogan — the latter whom he killed in 1954 — Gein revealed that the rest of the body parts scattered about in his house came from stealing female corpses from local cemeteries. His goal? To make a body suit made of human flesh in order to slink back into his mother's skin.

Gein was deemed legally insane and institutionalized at a psychiatric ward in Wisconsin. In 1984 he died of cancer and respiratory problems at the age of 77. He was buried at his family plot in an unmarked grave.

The revelations of Gein's demented compulsions changed America forever and inspired a slew of horror films — a few that have achieved icon status. 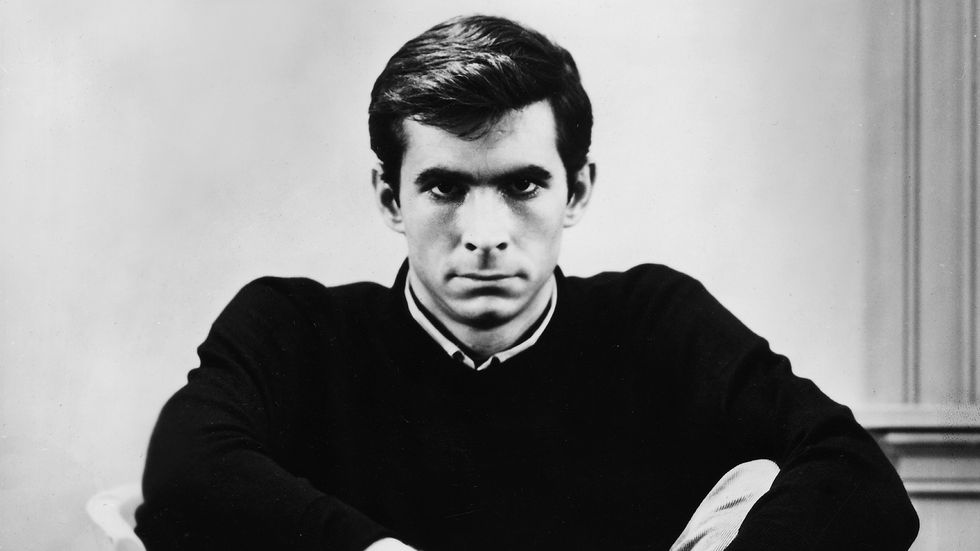 Gein's haunting infatuation with his mother has now become a trope for many demented horror characters who kill — take Norman Bates in Alfred Hitchcock's Psycho (1960) as a prime example. However, Bates wasn't taken directly taken from Gein, but instead from the imagination of novelist Robert Bloch. Still, there was a creepy connection: Bloch was actually writing his novel just 35 miles from where Gein lived. It was only right before he finished his book that Gein's murders came to light. Bloch was shocked at how closely Bates' actions and motivation resembled Gein's. 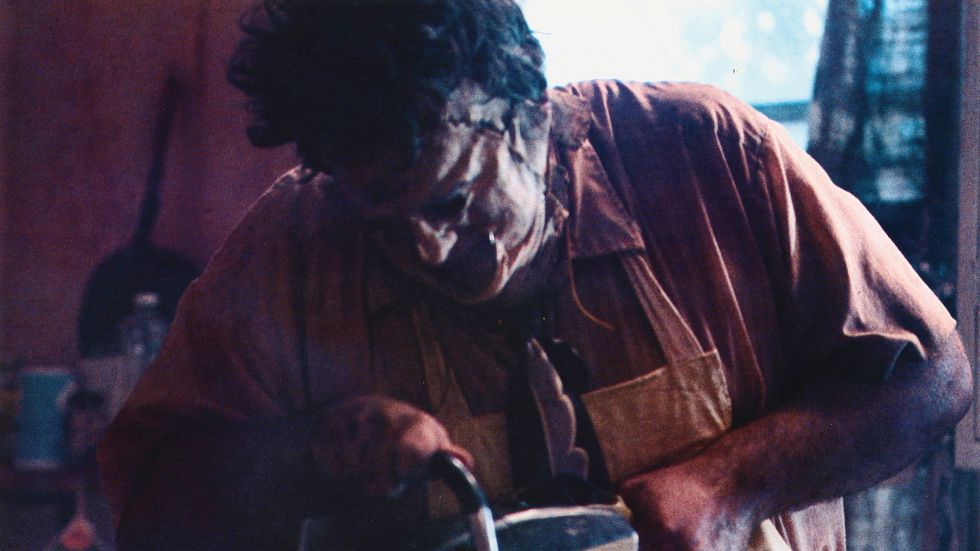 Very loosely inspired by Gein, The Texas Chainsaw Massacre took the real-life body snatcher's obsession with human skin and used it to build its character Leatherface, who hid behind face masks made out of human flesh. Although the film's family of murderers had no relation to Gein, other more conspicuous inspirations from the troubled man include body parts used as home decoration, the hint of cannibalism and the mummified carcass of the family's matriarch sitting in the house. 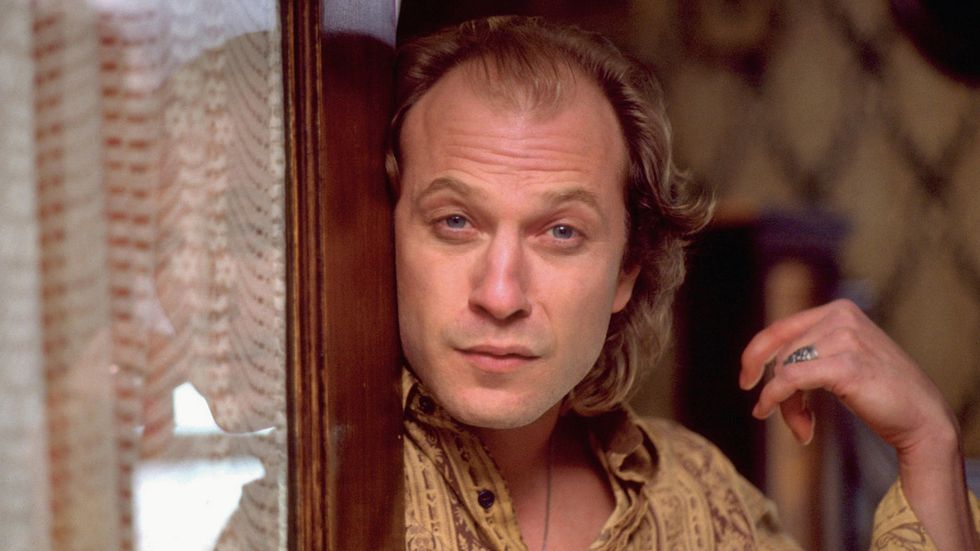 The serial murderer Buffalo Bill in The Silence of the Lambs not only found origins in Gein but also from other famous serial murderers, such as Ted Bundy, Gary Heidnik and Ed Kemper. Buffalo Bill's obsession with female human flesh and making suits out of his victims' skin was a direct nod to Gein. 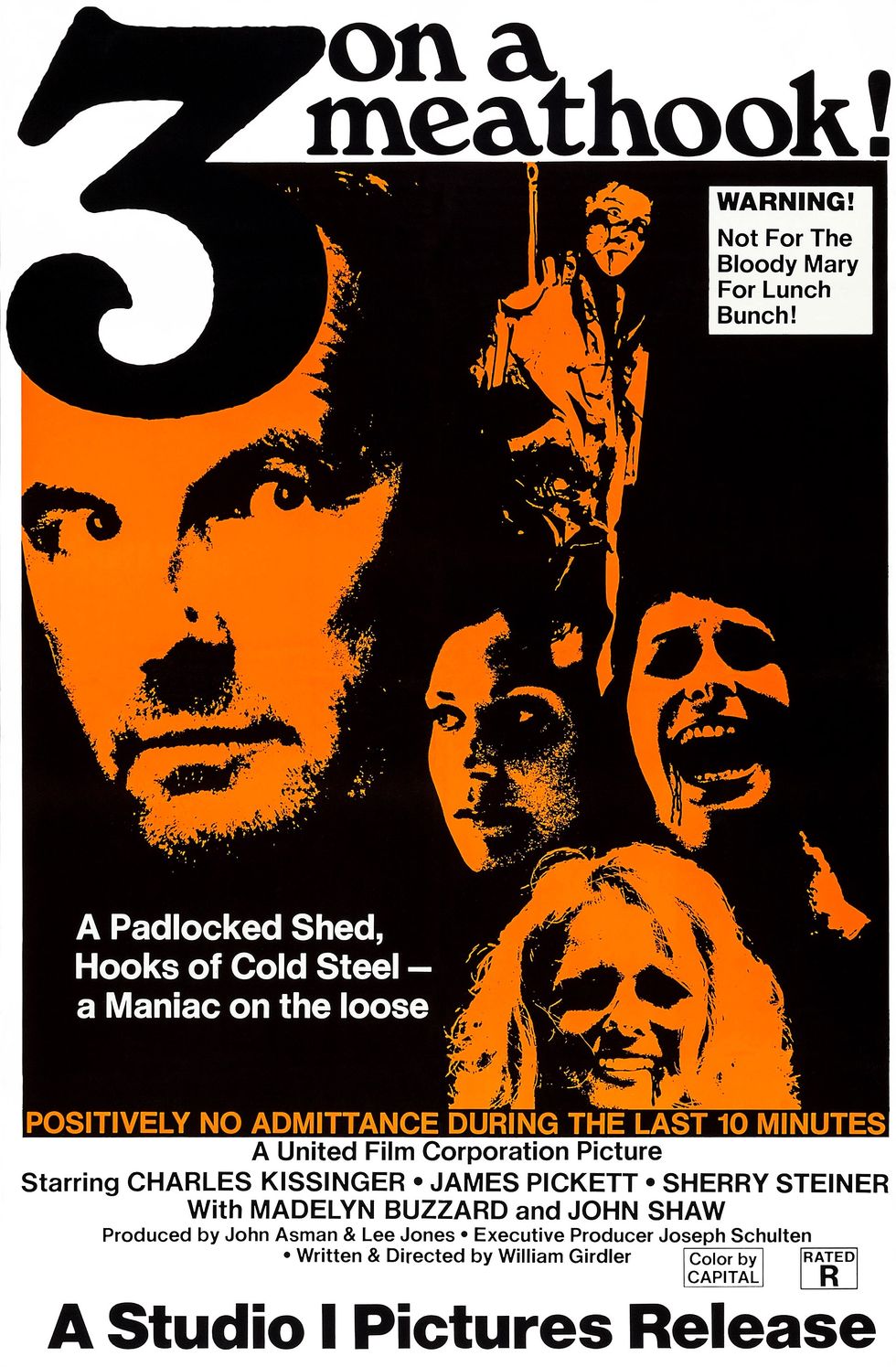 The title basically gives a lot away. Directed by horror filmmaker William Girdler, Three on a Meathook tells the story of four young ladies whose car breaks down in a small town. A local farm boy helps them out and ultimately lures them to his family's house where his killer father, Frank, waits to eat them. Like Gein, Frank has an obsession with his dead mother along with hanging his victims from meathooks, which Gein did to Worden's body. Although it was never proven that Gein ate his corpses, it was widely assumed that he did. 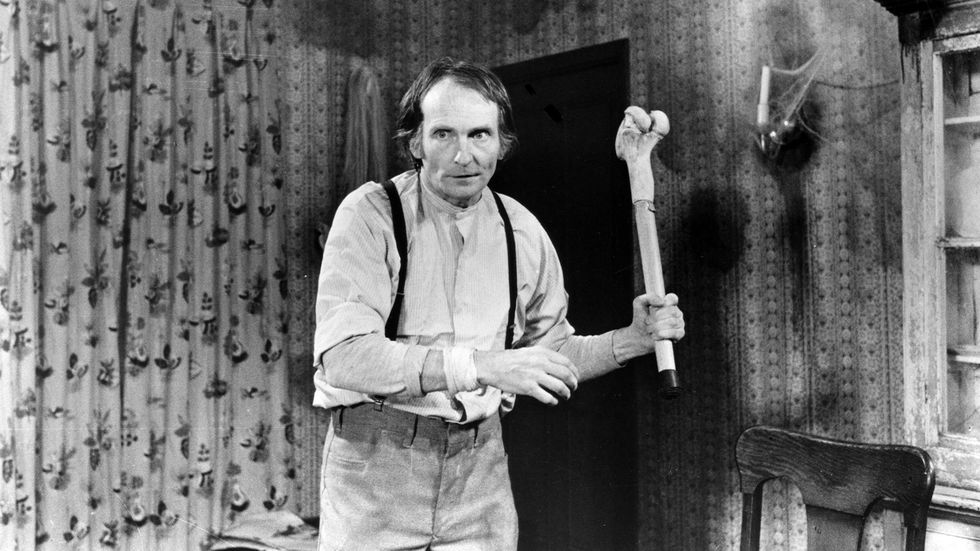 Deranged is perhaps one of the closest films that depict the life of Gein. The slasher comedy-drama centers around a middle-aged Midwestern farmer whose overly religious mother dies. He keeps her corpse around, and to satiate his dark desires, begins to rob corpses from the graveyard so that they can keep his dead mother company. Eventually, he turns to murder and enjoys skinning his victim's bodies and making face masks out of their flesh. 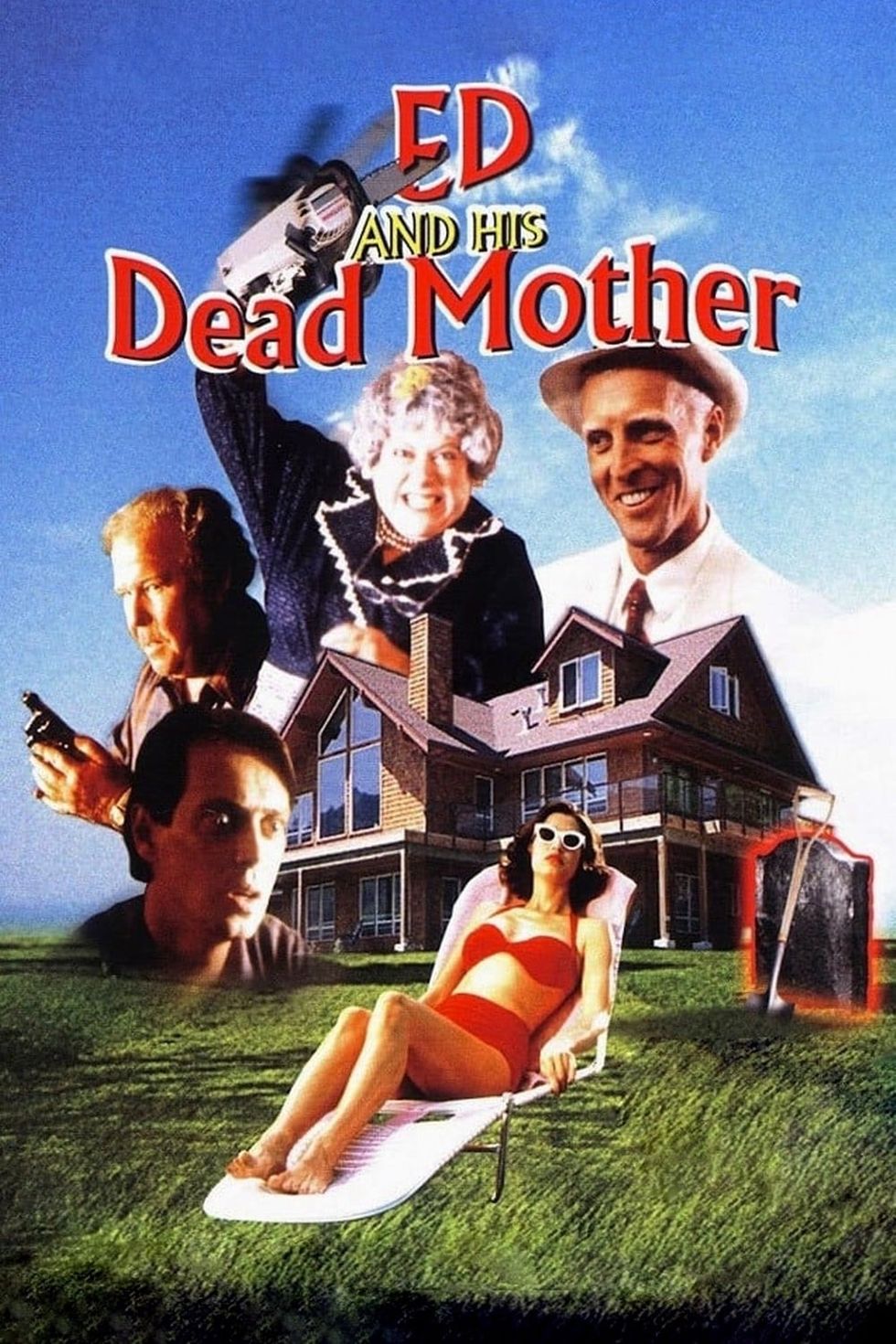 "Ed and His Dead Mother" poster;

This 1993 dark comedy stars Steve Buscemi as Ed Chilton, whose hardware store owner mother dies, leaving him to inherit the business. A salesman offers to resurrect Ed's mother from the dead, to which Ed agrees. However, once she returns, Ed's mother isn't the same and like a proper zombie, seeks out human flesh to eat. Ed decides that bringing his mother back to life has become more of a burden than he can bear, and in the end, he decides to destroy her by decapitating her head. 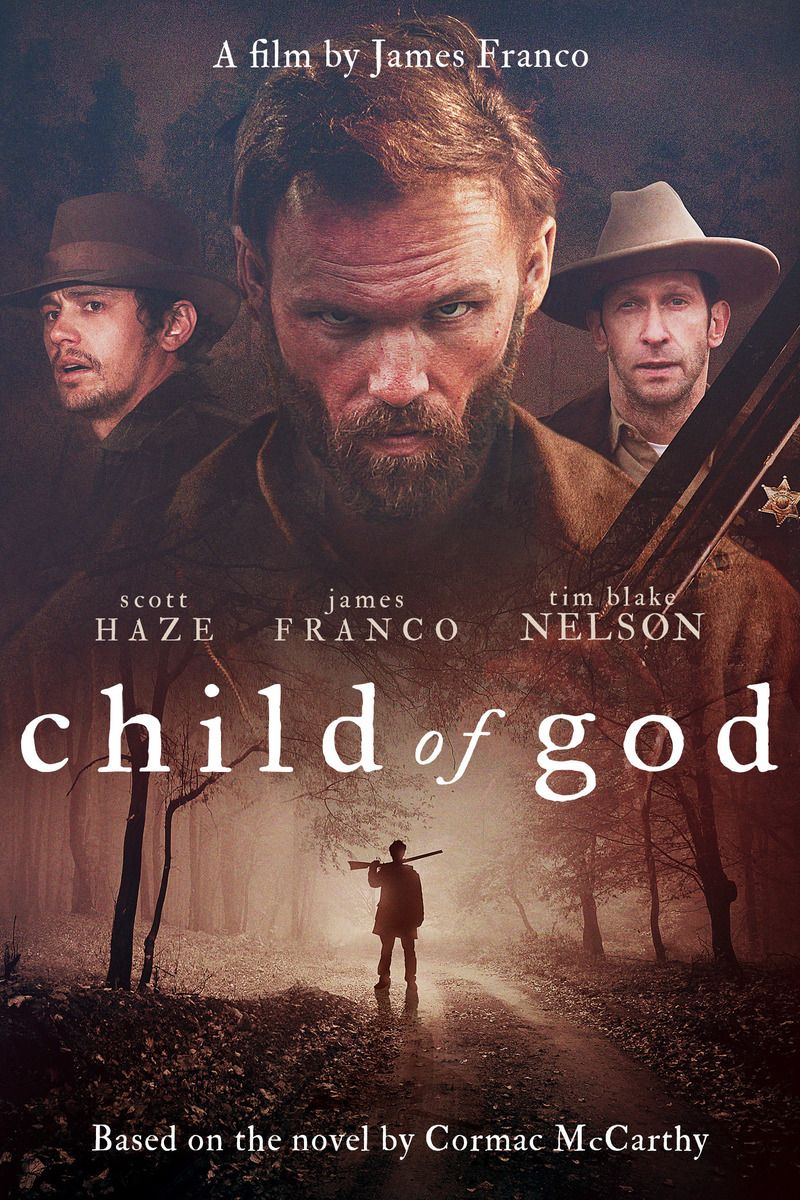 A film co-directed by James Franco, Child of God was an adaptation of Cormac McCarthy's 1973 book by the same name. Although McCarthy's book was inspired by a real-life murderer based in Tennessee, the character shared many similarities as Gein. In the film, the main character is a loner who lives in the middle of nowhere and whose necrophilia comes to life (and grows) after stumbling upon dead corpses in a car.