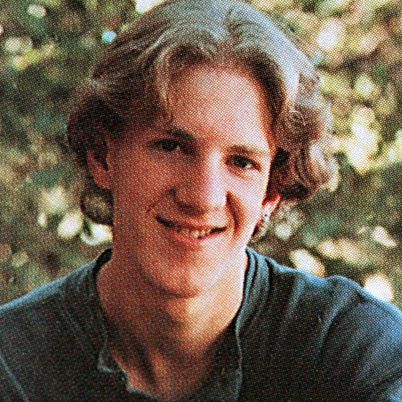 Who Was Dylan Klebold?

Dylan Klebold was a child of upper-middle-class parents, considered gifted in grammar school. But he didn't feel like he fit in at Columbine High School in Colorado. He and his friend Eric Harris developed a hatred of school, and on April 20, 1999, they brought guns and pipe bombs to murder as many students as they could. They killed 13 people and injured 20 before committing suicide.

Klebold was born on September 11, 1981, in Lakewood, Colorado. His father was a geophysicist and a mother worked with the disabled. His parents eventually started their own real estate management company and provided an upper-middle-class life for their family.

Intelligent, Klebold was in a program for gifted students at his elementary school. He was described as a shy child who loved baseball, especially the Boston Red Sox. By ninth grade, he was friends with Harris and Brooks Brown. Like many teenagers, he liked violent video games. Klebold also enjoyed bowling and worked behind the scenes for school productions as a sound man. With Harris, he worked at a local pizza place for a time.

As a quiet teen interested in technology, Klebold didn’t fit in with the dominant jock culture of Columbine High School. He developed a hatred of school – a sentiment shared by Harris. The two adopted the style of the school’s outcast clique, the Trench Coat Mafia, wearing long coats, dark clothing and looking unkempt, and reportedly hung around the group’s periphery. Although he was bright, Klebold didn’t apply himself in school and earned mediocre grades.

Klebold and Harris became interested in all things German, wore swastikas and even gave the “Heil, Hitler” salute while bowling or playing card games. They also liked to play violent first-person shooter video games and listening to such German bands such as KMFDM and Rammstein. In 1998, during their junior year, the two were arrested after they broke into a van and stole some things out of the vehicle. They were both charged with theft, criminal mischief and criminal trespassing.

Since it was their first offense, they were enrolled in a diversion program, which consisted of community service and counseling. They were released a month early from the program in February 1999. Both received glowing reports at the end of the program with Klebold being called “a bright young man who has a great deal of potential,” according to an article in The Christian Science Monitor.

Klebold, in personal writings found after the attack, expressed suicidal thoughts and was deeply saddened by his lack of a romantic relationship. There was also a lot of rage simmering under the surface as well, which appeared in the violent essays he wrote for English class and the stories and poems he wrote for his creative writing class – all of which often featured blood, death and war. Another ominous sign of things to come, Klebold and Harris made a video of them acting as vigilantes shooting “jocks” in the school hallways for a school project.

Beginning some time in 1998, Klebold and Harris began to plan their attack on Columbine High School. They acquired guns and made pipe bombs. A female friend of Klebold’s reportedly helped them get three of the weapons – the same young woman he took to the prom shortly before the killings. The fourth weapon came from a co-worker at the pizza place. Harris even posted some of their bomb-making expertise and exploits on his website under his nickname “Reb” and using Klebold’s nickname “Vodka.”

They believed that their actions would bring them fame as well as vengeance. In one of the videotapes made by the pair, Klebold said “I hope we kill 250 of you,” and Harris compared the killings to one of their favorite video games, Doom, as reported in Time magazine. They even discussed which director should handle the film version of their attack.

On April 20, 1999, Adolf Hitler’s birthday, Klebold and Harris began their attack. Originally, bombs planted in the school’s cafeteria were supposed to go off first, sending students and teachers into the parking lot where the two planned to shoot as many people as possible. They then intended to trigger more explosives – such as those attached to Klebold’s BMW – after ambulances and other help arrived. But the propane bombs didn’t explode so the two entered the school after 11 a.m., shooting at anyone they encountered. They roamed the school for less than an hour, killing 12 students and a teacher and wounding more than 20 others. The rampage ended after 12 p.m. with Klebold and Harris committing suicide in the school’s library.

The shootings sent shockwaves through the community and the world at large. There was an extensive investigation into the shooting and the authorities’ response to the siege. Deeply disturbed by the attack, the governor of Colorado appointed a special commission to study the events of that tragic day. The commission looked for ways to improve the handling of such crisis situations as did many other schools and states across the country.

Unfortunately, other young shooters would follow in their footsteps, and some of them, including Seung-Hui Cho, would mention Harris and Klebold as part of their deadly inspiration.