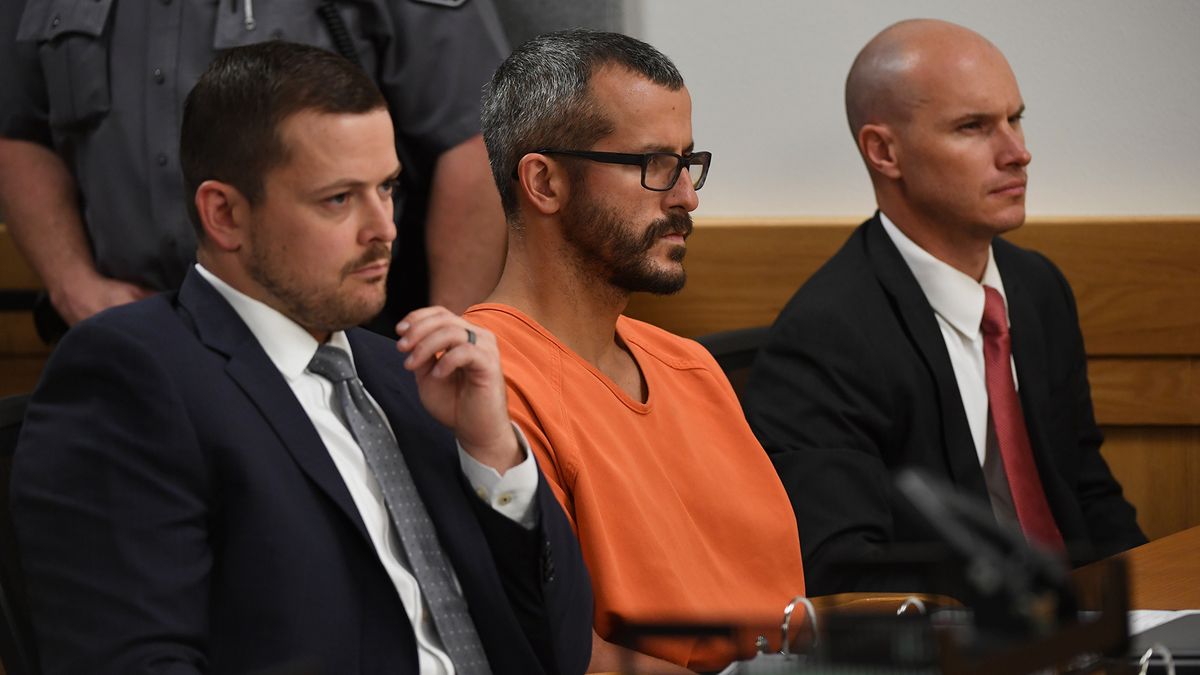 The summer of 2018 should have been a joyous one for the Watts family. Husband Chris Watts, then 33, and wife Shan’ann, 34, just found out they were expecting a son to join 4-year-old Bella and 3-year-old Celeste in their suburban home of Frederick, Colorado, about 27 miles north of Denver.

As the family balanced Chris’ job as an operator at Anadarko Petroleum and Shan’ann’s frequent business travels for the nutrition supplement company Le-Vel, their lives centered around their daughters, as shown in Shan’ann’s frequent Facebook posts.

From the outside, they appeared to be a happy suburban family, but Shan’ann’s friends had recently started hearing about trouble in paradise. Still, no one could have ever guessed the chillingly brutal murders that were about to put an end to their happily ever after. Here’s how it unfolded:

*Warning: Some details in this story may be found disturbing

[Watch Beyond the Headlines: The Watts Family Tragedy on A&E Crime Central.]

Shan’ann calls Passaic, New Jersey her hometown on Facebook, but later moved to North Carolina where she and Chris meet through social media. “I got a friend request from Chris on Facebook,” she says in the Facebook video that was later released. “I was like, ‘What the heck? I’m never going to meet him.’ Accept. One thing led to another and eight years later, we have two kids, we live in Colorado and he’s the best thing that’s ever happened to me.”

The couple tie the knot in Charlotte, North Carolina.

The couple’s first child, daughter Bella Marie Watts, is born in Colorado. “Shan’ann was so excited to have her first baby girl. She spent every minute thanking God and taking care of her precious gift that the Lord had blessed her with,” their obituary reads. “How she loved and cherished her.”

Nicknamed “Cece,” younger daughter Celeste Cathryn Watts is a summer baby, also born in Colorado. “Oh how Shan’ann was so excited to be able to have another child because of her battle with Lupus,” the family obituary reads. “She was determined to stay healthy and with her love for her Celeste, every moment with her was a blessing.”

June 2015: The Watts files for bankruptcy

With a combined income of $90,000 in 2014, in addition to credit card debt, student loans and medical bills, the couple file for bankruptcy in June 2015, stating that their $3,000 mortgage and $600 car payments took up most of their $4,900 in monthly expenses. Additionally, their homeowner’s association sues them for unpaid HOA fees.

In a 31:13-long Facebook Live video, Shan’ann muses about family life, saying, “I love waking up now on Saturdays and being able to enjoy my family,” and talking about being excited about the upcoming summer in Colorado. “I believe that everything in life happens for a reason, and I also believe people are placed in our life for a reason,” she also says. Chris can be seen playing with the girls in the video.

In a video later released by 9News, Shan’ann wears a shirt that says, “Oops… we did it again” and surprises Chris with the news of their pregnancy. He reacts saying, “That’s awesome.”

“Chris, we are so incredibly blessed to have you," the message says. You do so much everyday [sic] for us and take such great care of us. You are the reason I was brave enough to agree to number 3! From Laundry to kids showers! You are incredible and we are so lucky to have you in our life! Happy Father’s Day!”

Nichol Kessinger works in Anadarko Petroleum’s environmental department and would see the operators, including Chris, on the way to the fridge. Chris came by her office and struck up a conversation one day. They have their first meeting outside of the office later in the month.

According to The Denver Post, Chris sees Kessinger about four or five times a week and they start a physical relationship in early July. He tells her that he's almost divorced. Later that month, while Shan’ann and the girls are out of town in North Carolina, he tells Kessinger the divorce is final.

Insider reports that Kessinger goes to Chris’ home for the first time on July 4 and they have their first phone call on record on July 7. They also go on a date to Shelby American Collection car museum on July 14 and spend the night at Great Sand Dunes National Park on July 28, all while his family is away. On July 30, he gives her a love note before joining his family on vacation. 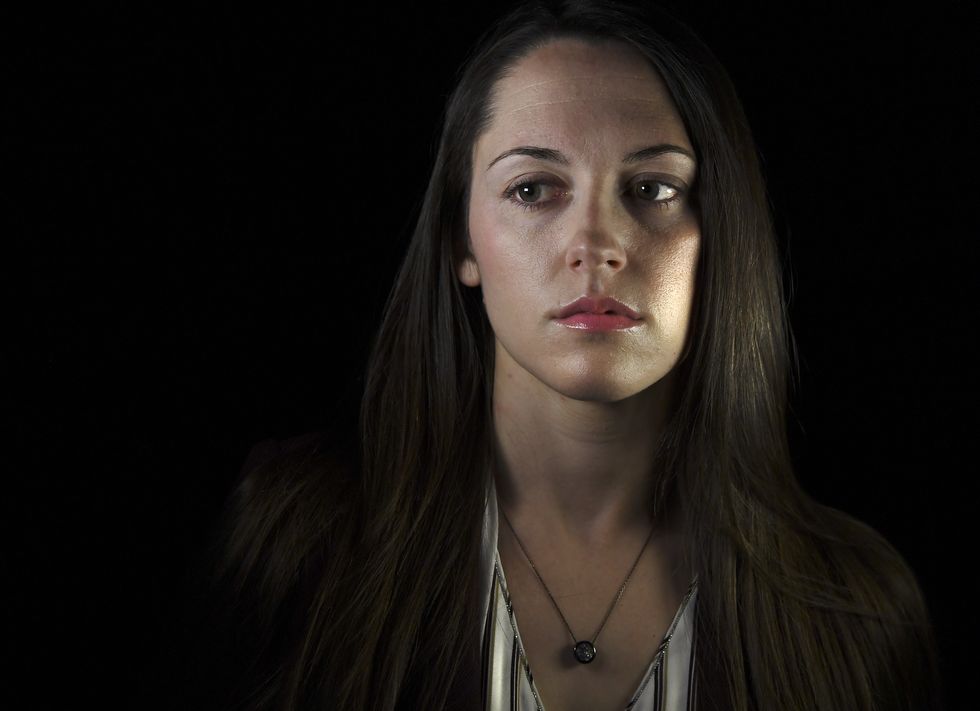 July 31: Chris flies to North Carolina to join his family

Despite it being a family vacation, texts that Shan’ann forward to a friend show signs of trouble between the couple. Further messages also show that there was tension between her and Chris’ parents.

After confiding to friends about her troubles with Chris, she texts a friend that she and Chris had their “best talk yet” before she leaves on her trip. She even drafts a handwritten letter to him.

August 11, 2018: Chris hires a babysitter and goes out with Kessinger

While Shan’ann is away, Chris gets a babysitter, saying that he’s going to a baseball game with coworkers, but goes to a bar with Kessinger.

In the wee hours around 2 a.m., friend Nickole Atkinson gives Shan’ann a ride to her home on the 2800 block of Saratoga Trail after she returns from the business trip.

Chris wakes Shan’ann as he’s getting ready to go to work and wants to talk about their marriage and future, according to his later confession. Despite Shan’ann carrying their unborn son, who they had already named Nico Lee, he tells her about his affair and that their marriage won't last.

Shan’ann replies that Chris won't see the kids again — and he strangles her to death. Bella, who was 4, comes in and asks what was wrong with mom and Chris wraps Shan’ann in a blanket and carries her to his truck. He puts the two kids in the backseat and drives to his work site. He then smothers Celeste in the backseat and puts her body in an oil tank and does the same with Bella in another tank. Chris also buries his wife’s body in the ground nearby, as he later confessed from prison.

Chris later tells Denver ABC affiliate, “I left for work early that morning, like 5:15 to 5:30,” admitting that he and Shan’ann had an “emotional conversation.”

Later that day, Atkinson becomes worried when she doesn't hear from Shan’ann. “I called her and texted her several times,” she says. “I knew she had a doctor's appointment that morning because she’s pregnant. She didn’t show up for it … and I was even more concerned.” Shan'ann is reported missing at around 1:40 p.m.

Atkinson calls the police who do a welfare check. Shan’ann’s phone, keys and purse are found at the house. According to the news stations, husband Chris says, “She said she was going to a friend's house with the kids and that’s the last thing I heard, and that was it. It was very vague.”

August 14, 2018: Chris pleads for his family’s return on the local news

As the Colorado Bureau of Investigation issues an Endangered Missing Alert, Chris talks to Denver’s ABC affiliate and pleads for their return: “Shan’ann, Bella, Celeste, if you’re out there, just come back, like if somebody has her, just please bring her back, I need to see everybody, I need to see everybody, again, this house is not complete without anybody here. Please bring them back.”

The FBI joins the search for the missing mother and daughters. Chris fails a polygraph test and confesses to his father Ronnie — and then officials — that he killed Shan’ann, but falsely claims that the reason for his murder was because she had smothered their daughters.

The three murdered bodies are recovered at Chris’ worksite. The same day, Chris appears in Weld County court for a bond hearing. He is denied.

Also on this day, Kessinger speaks to police, saying, “I legitimately think his cheese was sliding off his cracker long before he met me."

A week after he pleaded for their safe return, Chris is charged with three counts of first-degree murder, plus two additional first-degree charges for victims being 12 or younger.

Additionally, he faces another count for the unlawful termination of a pregnancy, plus three counts of tampering with a body – a total of nine charges.

September 1, 2018: Funeral is held for Shan’ann and daughters in North Carolina

Shan’ann, Bella and Celeste are remembered at their funeral at the Sacred Heart Catholic Church in Pinehurst, North Carolina. During the 90-minute ceremony, which started with a singing of “Amazing Grace,” Chris is never mentioned.

The priest reads a statement from Shan’ann father’s Frank Rzucek: “You are nothing but pure love, always caring for everyone. You will always be daddy’s little girl.”

Chris appears in court, pleading guilty to all nine criminal accounts. Shan’ann’s family requests that the death penalty not be sought.

Judge Marcelo Kopcow calls the murder spree “perhaps the most inhumane and vicious crime I have handled out of the thousands of cases that I have seen," issuing five life sentences without the possibility of parole, including 48 years for unlawful termination of Shan’ann’s pregnancy and 36 years for disposing of the bodies of his family.

Also on this day, Shan’ann’s parents file for wrongful death against Chris.

December 3, 2018: Chris is transferred to a Wisconsin correctional facility

Due to safety concerns, Chris is moved from Colorado to Dodge Correctional Facility in Waupun, Wisconsin.

February 18, 2019: Chris confesses to killing his daughters in a detailed explanation

In a five-hour interview from prison, Chris recounts the harrowing details of his young daughters’ final moments and confesses to killing them and disposing of their bodies. “This was like the epitome of being angry, the epitome of showing a rage, the epitome of losing your mind,” he said, even admitting that older daughter Bella asked if he was going to do the same thing he did to his sister — and that the 4-year-old tried to fight back.

While they’ll unlikely get any of the money, it prevents Chris from profiting from the murders in any way.