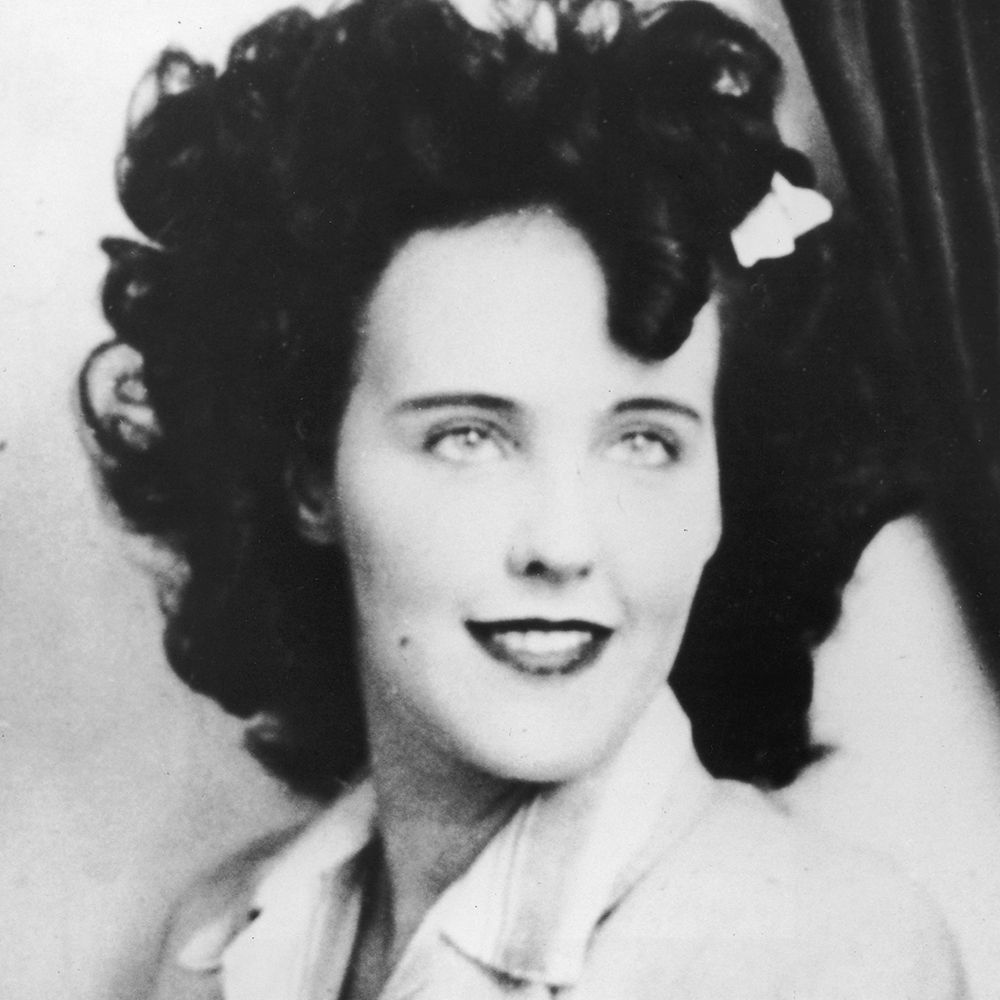 At around 10 a.m. on January 15, 1947, Betty Bersinger was pushing her daughter in a stroller through the Leimert Park section of South Los Angeles when something caught her eye amid the weedy, vacant lots.

A naked female body, severed at the waist, was lying just off the sidewalk, the stark whiteness of her skin offset by jet-black hair and deformities like the gashes carved from each side of her mouth.

Bersinger dashed to a neighbor's house to call the police, igniting a frenzy that engulfed several divisions of the LAPD and reporters from the city's relentlessly competitive newspapers, and laid the groundwork for what became one of the country's most famous unsolved cases.

Her identity was determined with help from an early fax machine

An autopsy found that the victim had perished from repeated blows to the face and the subsequent blood loss, the torso's bisection and other mutilations, at least, coming after she was already dead.

As for her identification, an editor at the Examiner suggested sending fingerprints via the paper's "Soundphoto" – an early fax machine – to an office in Washington, D.C., where they could be relayed to the FBI. By the evening of January 16, authorities had matched the prints to those of 22-year-old Elizabeth Short, who previously worked at an Army base in California and once been arrested for underage drinking.

A phone call to Short's mother in Massachusetts brought more information about her background, while inquiries in nearby Long Beach uncovered the hook that became a staple of the front pages: The victim was known among acquaintances there as the "Black Dahlia," a nod to her taste for black dresses and the previous year's crime film The Blue Dahlia. 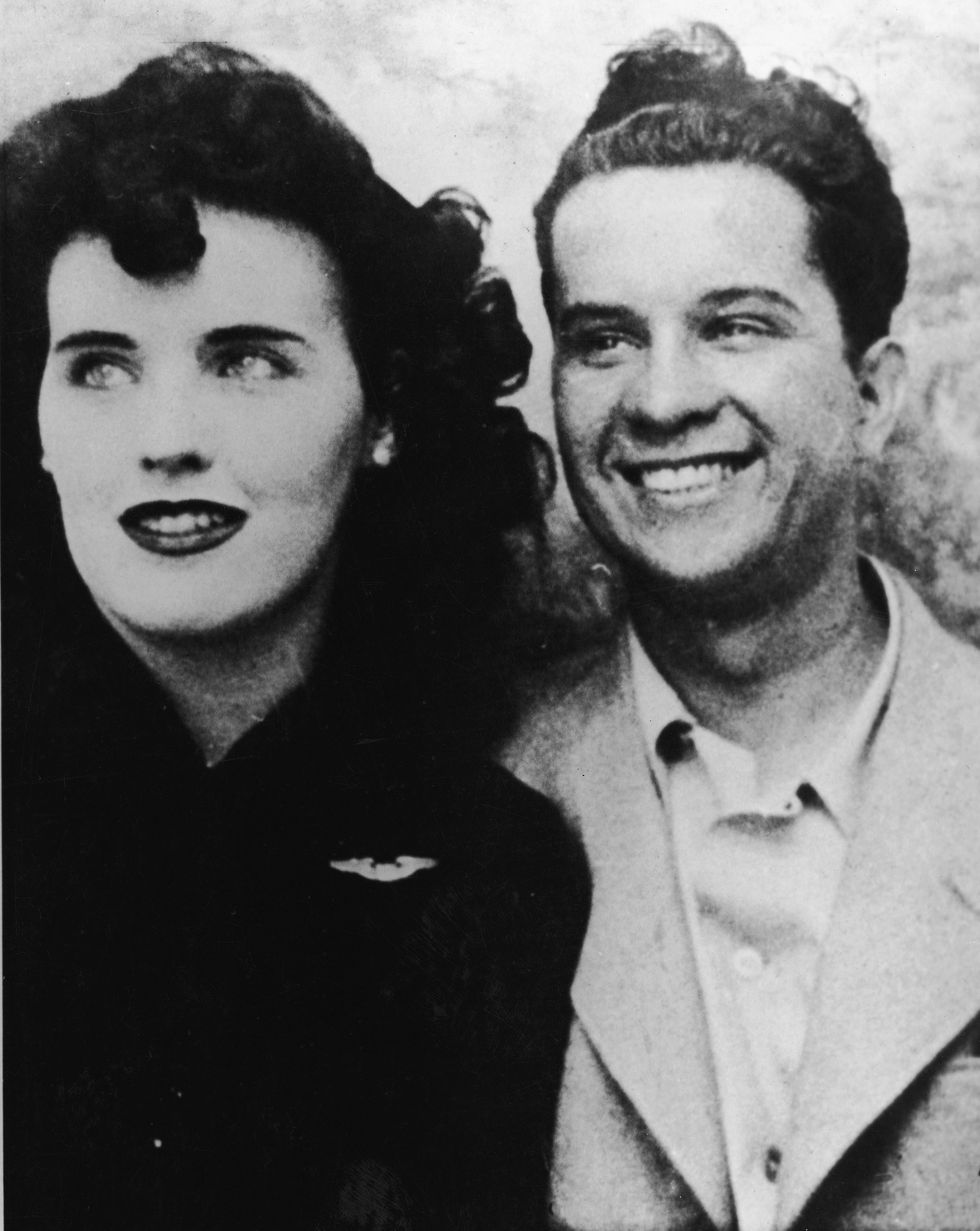 The killer taunted investigators by mailing his victim's personal items

Seemingly making headway in the case, investigators apprehended married salesman Robert "Red" Manley, who met Short in San Diego and dropped her off at L.A.'s Biltmore Hotel on January 9, the date of her last sighting. Manley later identified one of the victim's shoes and a purse found near the crime scene, but his alibis otherwise checked out, and he was cleared of wrongdoing.

In late January, an envelope labeled with cut-out words and the phrase "Heaven is Here!" arrived at the Examiner's office. Inside was a collection of Short's personal documents, including her birth certificate, Social Security card and an address book featuring the name "Mark Hansen" on the cover.

Police tracked down approximately 75 men from the book, most of whom had only briefly met its owner, as well as Hansen, a successful nightclub owner. Hansen confirmed that Short had crashed at his home, an explanation that fit in with her developing profile as a drifter who relied on the sympathy of others, and he was also soon crossed off the suspect list.

Meanwhile, authorities found themselves sifting through copycat letters from the alleged killer, listening to bogus confessions and following up on other crimes that were potentially related, including the "Red Lipstick Murder" of February 1947, but inevitably found themselves back at square one.

A new lead emerged the following year when former L.A. resident Leslie Dillon, then living in Florida, contacted the police department about an acquaintance who may have murdered Short.

Believing Dillon to be the actual killer with a split personality, LAPD psychiatrist Dr. Joseph Paul De River lured him west and had members of the department's notorious "Gangster Squad" detain him to extract a confession. The decidedly illegal ploy was exposed when Dillon managed to sneak a note about his predicament out a window, however, while his supposed imaginary suspect friend turned out to be quite real (and innocent).

The mishap prompted Dillon's lawsuit against the city and the launch of a 1949 grand jury investigation, which examined the efforts of law enforcement and the still-inconclusive evidence. The jury disseminated without indicting a suspect, and by the following year, the Short mystery was cast adrift into the netherworld of cold cases.

While its files were collecting dust, the Black Dahlia saga took on new life in the literary world. John Gregory Dunne's True Confessions (1977), loosely based on the murder, was followed by James Ellroy's The Black Dahlia (1987), the fictional but compelling accounts of these and other works bolstering some unflattering myths about Short's personal life.

A new crop of writers soon emerged to reveal their personal connections to the case, starting with Janice Knowlton's largely panned Daddy Was the Black Dahlia Killer (1995). Former LAPD detective Steve Hodel presented a more convincing argument in Black Dahlia Avenger: The True Story (2003) after discovering that his father, George, had been a suspect in the case. Fellow researcher Larry Harnisch poked holes in his assessments, however, and Hodel’s credibility took a hit when he also claimed that his dad was the Zodiac Killer.

British author Piu Eatwell later took a stab at cracking the case with 2017's Black Dahlia, Red Rose, which revisited the evidence against Dillon and the possibility of an LAPD cover-up. With Hodel and Harnisch among those who contested its findings, the book confirmed that the Holy Grail of noir mysteries would continue to generate controversy, reeling in a fascinated public even as it resisted all efforts to extract a definitive resolution.