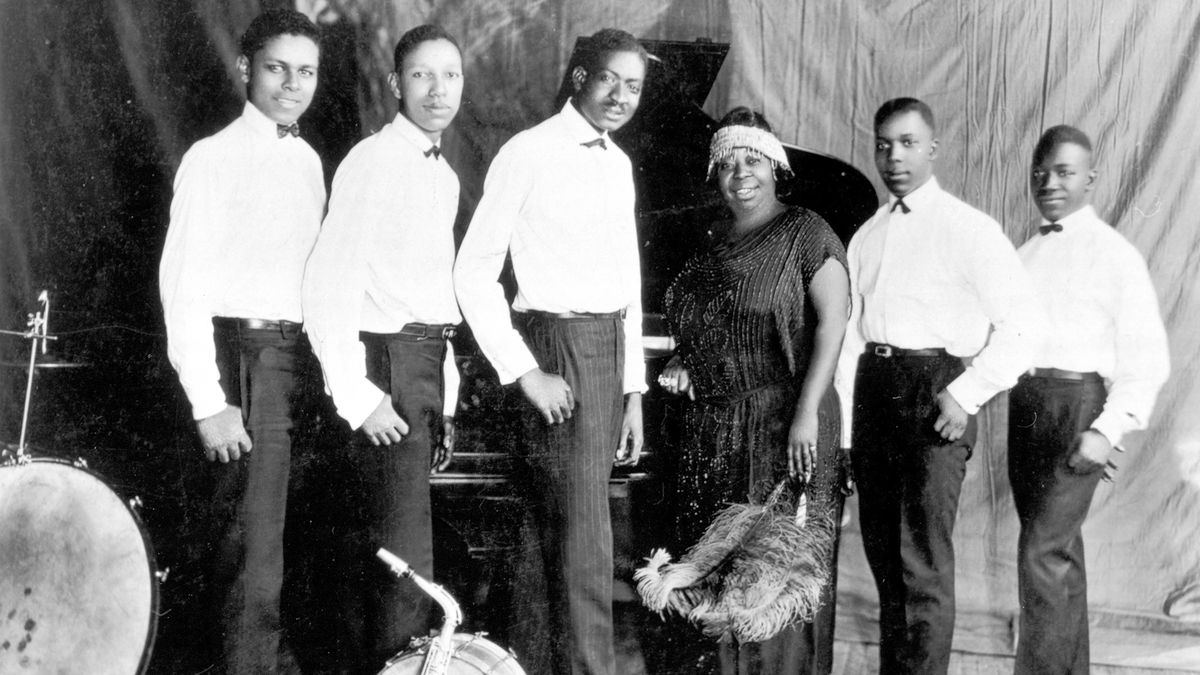 In popular music, there are certain singers who seem to be what the French call sui generis – true originals who appear out of nowhere and so dominate their chosen style of music that they come to define it. When we think of these types of singers in relation to jazz, we might think of Billie Holiday, Ella Fitzgerald or Nina Simone. When we think of them in relation to classic pop, we might think of Bing Crosby, Frank Sinatra or Judy Garland. When we think of the blues, however, one singer stands far above the rest: Bessie Smith. Even now, many decades after her death, the woman referred to as “The Empress of the Blues” retains her title unchallenged.

The woman who showed Smith the way was another giant in her field. She opened the door for Smith and many others to walk through. Her name was Ma Rainey, and during her lifetime, she was known as “The Mother of the Blues.” 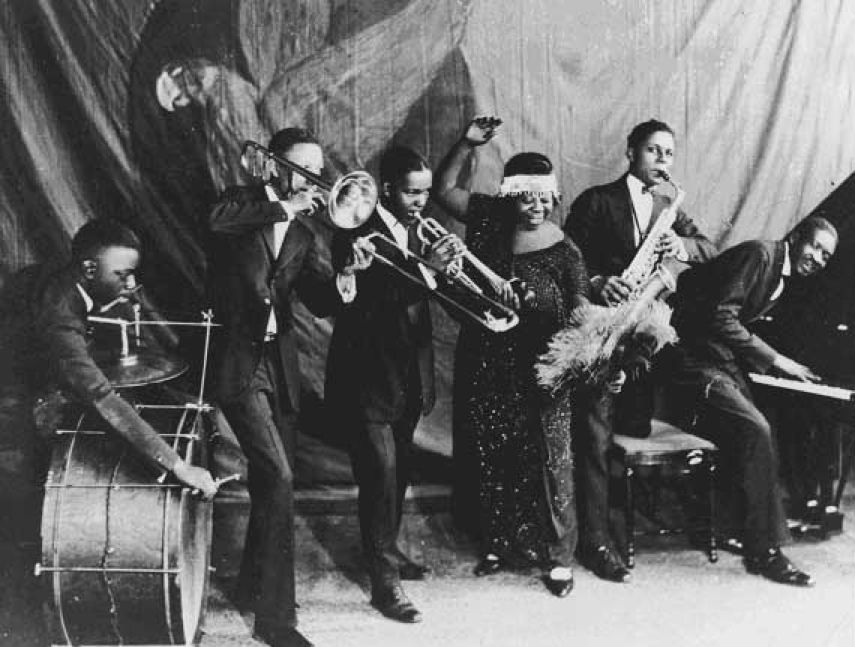 Smith and Rainey started their careers as teenagers

Smith was 14 when she first met Rainey around 1912. Desperate to leave her aunt’s home in Chattanooga, Tennessee (her parents were already dead), and envious of her older brother, who had joined a traveling performing troupe called the Moses Stokes Company, Smith begged her brother to get her an audition. She got one, and she was hired for the show – as a dancer, not as a singer. Still, Smith was grateful for her first job in show business. At that time, the main person doing the singing for the show was Rainey.

Rainey, born Gertrude Pridgett, had also started her career early. She was also about 14 when she began to perform with Black minstrel troupes in roaming “tent shows” at the turn of the century (minstrel shows are most often perceived as white performers wearing blackface to perform race-based material, but there was also an extensive minstrel circuit of Black performers). Her big, deep voice, unusual in a girl so young, made her a popular attraction of almost any show she joined. Eventually, just barely 20, she married a fellow performer named Will Rainey and they joined F.S. Wolcott’s Rabbit Foot Minstrels, followed a little bit later by the job with Moses Stokes.

Rainey was an eye-catching performer. She sported wild horsehair wigs on stage and wore gold coins around her neck. She carried an ostrich plume and had capped gold teeth that would flash when she sang. For all of her visual appeal, however, what most captured audiences’ attention was her voice, which by all accounts was huge and commanding. When she sang a “moaning” song, which would soon be referred to as blues, she could captivate a room in no time at all.

Smith was impressed by the stage presence of this woman who was not much older than she chronologically, but who possessed the kind of experience that made her seem like a much older woman. Rainey knew how to work an audience, whether she was sweeping them away with a lowdown song or making them laugh with a bawdy aside. Even in the competitive world of the tent shows, Rainey stood out as a unique performer.

Smith could also not help but be impressed by the bluesy candor of Rainey’s singing style. By the early teens, blues music had become somewhat in vogue, mostly owing to the instrumental music coming out of New Orleans. Rainey was one of many singers who combined the folk expression of singers who came from the country with the modern, jazzy idioms then emerging from the city. The style was fresh, and the subject matter of the songs dealt with the Black experience in America as no previous songs had done. Sad songs about mistreatment from lovers and the world at large, combined with exultant songs that delivered straight talk about drinking, mischief and sex, became popular with crowds. Rainey was one of the first singers to popularize the style, and Smith was there, paying close attention.

Rainey taught Smith about life on the road

Rainey liked the young Smith, and she tried to show her how to navigate the perilous waters of a show business life. Performers on the vaudeville circuits of the teens and twenties lived a harsh existence of constant travel, dealing with unscrupulous promoters and bad accommodations. It was important to watch out for yourself and be careful with your money (Smith learned to wear a carpenter’s apron under her dress that held her cash). Life on the road also created an atmosphere that allowed for a more relaxed moral code than society would generally permit. Carousing and sexual adventure were not uncommon. In this light, it has often been suggested that Rainey’s influence over the young Smith was more than professional.

Several of Rainey’s songs contained references to lesbian affairs, and although she was married for decades to Will, it is generally accepted that Rainey was as interested in women as she was in men. Naturally, living in close quarters with other troupe members made the possibility of exploring other options easier.

It's also been strongly implied over the years that Rainey introduced Smith to lesbian relationships. Although Smith herself would get married in the early 1920s, she would conduct various affairs with dancers in her shows throughout her career (the most famous of these, with a woman named Lillian Simpson, resulted in several episodes of violence between Smith and her jealous husband). She was also a frequent visitor to “buffet flats,” party houses (usually located in big cities) where all forms of sexual expression were permissible.

While both successful, they had different styles of singing

Although Rainey mentored Smith, their careers had reached an equal footing by 1923, and soon the pupil would surpass the teacher. In 1920, a blues singer named Mamie Smith (no relation to Bessie) recorded “Crazy Blues,” which was so vastly popular that it essentially created an industry for blues songs recorded by women. Both Rainey and Smith were scooped up by record companies in the aftermath of this big hit. Rainey recorded for Paramount for five years and had many hits, some of which she wrote herself. Meanwhile, Smith's first record for Columbia, “Downhearted Blues,” was a smash hit that reportedly sold 800,000 copies. Smith would go on to rack up many more hits and become a star. (Incidentally, both Rainey and Smith would record with Louis Armstrong, who did more than anyone to advance jazz in the 1920s.)

On record, Smith's style was much different than Rainey’s. Only on her very early records is there a hint of influence. Smith became a subtler, more agile singer than the raw, more direct Rainey. As she developed her style, she was able to sing almost any type of song convincingly, from traditional blues to pop music like “After You’ve Gone.” Although there would always be an earthy quality to Smith’s singing, it was never as uncultivated as Rainey’s, which was closer to the sound of country bluesmen like Robert Johnson or Charley Patton, men with a rough-hewn sound who also recorded in the 1920s. Taken together, the divergent styles of Rainey and Smith would largely define the sound of female recorded blues in the early 20s.

The Great Depression halted their careers

Although Rainey’s achievements were more modest, Smith would go on to have great success during the rest of the 20s. She would become the highest-earning Black performer in the world by the end of the decade. However, two circumstances would have a debilitating impact on her career. The Great Depression that followed the stock market crash of 1929 impacted record companies just as severely as any other industry, and it took a toll on Smith’s record sales, and her career slumped as a result. The other development was cultural: More urban-oriented vocalists like Ethel Waters, who sang in a sophisticated jazz style as appropriate to a concert hall as a nightclub, began to supplant the style of blues that was Smith’s (and Rainey’s) bread and butter. Traditional blues style began to seem old-fashioned as the 30s dawned.

Rainey saw the writing on the wall. Dropped by Paramount, who stated that her “down-home material has gone out of fashion,” she moved home to Georgia in 1933 to start anew. Never able to divorce herself from show business, however, she opened two theaters and ran them until she died of a heart attack six years later.

Smith, who decided to stick it out in show business, would meet a more tragic end. The victim of a nasty highway accident involving a merging Nabisco truck, Smith bled to death on a country road when she was thrown from her car. The myth that she died because she was refused aid at a white hospital is untrue, but the delay in getting her to any hospital quickly enough to treat her external and internal wounds resulted in her early death at age 43. At the time of her death, she was musically transitioning to a more swing-oriented style.

Although they crossed paths for a very short period early in their careers, Smith and Rainey became two of the most important figures in the burgeoning genre of the blues. "The Mother of the Blues" came first, but "The Empress of the Blues" took the music to new heights during her eventful and sadly curtailed life. New generations of listeners can appreciate the artistry of these two giants of the blues through the records they made when they were in their prime – records that document two powerful female voices that changed the course of popular music.