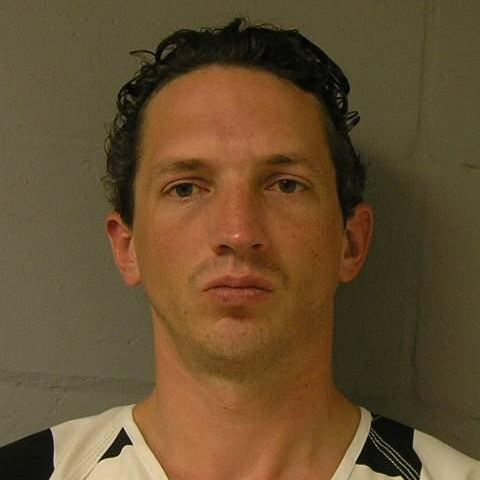 Who Was Israel Keyes?

Israel Keyes was an American serial killer who typically traveled to different locations and selected victims of opportunity, rather than having a preferred victim type. To finance his actions he robbed banks and burglarized homes. He was arrested in March 2012. While in custody Keyes said he'd killed "less than a dozen" people, though only three of his victims were definitively identified. His December 2012 suicide left law enforcement with more questions than answers about his crimes.

Keyes was born in Cove, Utah, on January 7, 1978. He's the second of 10 children born to Heidi and John Jeffrey Keyes, a couple who didn't believe in government interference, public schools or modern medicine. Keyes was a toddler when his family left Utah for Colville, Washington. They lived an isolated existence in the woods, where Keyes grew up without heat or electricity.

While in Washington, Keyes' parents left the Church of Jesus Christ of Latter Day Saints and became fundamentalist Christians and joined a white supremacist church. In the late 1990s the family relocated to Maupin, Oregon. They next moved across the country, settling close to an Amish community in Maine.

Growing up, Keyes broke into neighbors' homes to steal guns, loved hunting, would pursue "anything with a heartbeat" and torture animals, behavior that has been linked to psychopathy. While in custody Keyes himself said, "I've known since I was 14 that … there were things that — that I thought were normal and that were OK that nobody else seemed to think were normal and OK."

After a teenaged Keyes told his family he no longer shared their faith, his father cut ties, though he remained close to his mother.

In July 1998, Keyes joined the U.S. Army. He did well as a soldier, spending time in Egypt, at Fort Hood in Texas and Fort Lewis in Washington. After his honorable discharge in July 2001, he lived on the Makah Reservation with the mother of his daughter.

Keyes received a DUI while in the army but otherwise had had no trouble with the law.

As a serial killer, Keyes targeted victims who happened to cross his path, rather than sticking to a specific profile. He would often wait to accost people in places like parks, cemeteries or campgrounds. "Not as much to choose from, in a manner of speaking," he confessed to law enforcement about his methods, "but there's also no witness, really. There's no one else around."

Keyes also traveled to kill. In 2011 he flew to Chicago before driving to Vermont, where he murdered Bill and Lorraine Currier. He had a history of trips that covered a lot of ground in the United States, meaning he had many opportunities to seek out victims. Foreign journeys — such as visits to Canada, Mexico and Belize — may have played another part in Keyes' killing spree. While on the road Keyes would pay in cash and take the battery out of his cell phone to lessen his chances of being tracked.

Keyes' serial killing incorporated detailed planning. He crisscrossed the country to hide caches of murder equipment that consisted of guns, ammunition and chemicals for the destruction of bodies. When he wanted to kill, Keyes would dig up a cache.

Keyes studied the work of FBI profilers and learned about serial killers like Ted Bundy. In Maureen Callahan's 2019 book about Keyes, American Predator, she noted that he'd been fitted with a gastric band and had visited a plastic surgery clinic in Mexico. She speculated that Keyes might have been trying to become a better killer: A lap band could mean he wouldn't get hungry as often, and he might have changed his fingerprints or removed body hair to lessen the chances of leaving evidence behind.

Before killing Samantha Koenig, Keyes acquired her cell phone, ATM card and PIN. After taking the time to go on a cruise, Keyes staged a ransom demand with Koenig's dead body. Her family, hoping Koenig was still alive, deposited money into her account.

Keyes used Koenig's ATM card to withdraw funds in Alaska, then continued these transactions while traveling in New Mexico, Arizona and Texas. He disguised his appearance but a security camera recorded an image of his rental car in Arizona. Texas law enforcement was notified and in March 2012 stopped Keyes. A search of his car revealed, among other incriminating items, Koenig's license.

Shortly before being captured, Keyes spent time with his mother and some siblings (his father had died years earlier) in Texas. During this visit a sister tried to get him to reconsider his atheism. A pastor present at the time has said that Keyes answered, "You don't know the depths of darkness that I've gone to. You don't know what I've done."

Keyes was arrested and eventually brought back to Alaska. Confronted with evidence tying him to Koenig's disappearance, he confessed to the crime. The killing was at odds with his usual careful planning, but he told law enforcement that he'd been feeling out of control and noted, "Back when I was smart, I would let them come to me."

According to Keyes, his first planned attack took place in Oregon in 1997 or 1998. He abducted a teenage girl, then raped her. His intent was to murder her, but she convinced him to let her leave. "I wasn't violent enough," Keyes told investigators of the crime. "I made up my mind I was never going to let that happen again."

Keyes spoke of killing "less than a dozen." While in jail he used his own blood to draw 12 skulls, which may represent 11 victims and Keyes himself. In 2020, an FBI agent told 48 Hours, "We believe that 11 is the total number of victims." Yet only three of Keyes' victims have been definitively identified.

One known victim is Koenig, an Anchorage barista who was abducted by Keyes on February 1, 2012. Keyes raped and killed her within hours, then weeks later dismembered her body and dropped the pieces into a lake north of Anchorage. Koenig's remains were recovered in April 2012. Keyes also confessed to murdering the Curriers in Essex, Vermont in June 2011. The couple was selected at random as they fit Keyes' criteria of having no children, no dog and a house with an attached garage. He broke into their home, subdued them and then transported the pair to an abandoned farmhouse. Keyes killed Bill, then raped Lorraine before murdering her.

Keyes claimed he took at least five other lives but never named these victims. Per his account, he killed four people in Washington state: a couple sometime between 2001 and 2005, and two separate victims in 2005 and 2006. Keyes also stated that in 2009 he murdered someone on the East Coast, then left the body in New York state. The FBI is "relatively confident" that this victim was Debra Feldman, a New Jersey resident who went missing in April 2009.

Speculation about other possible Keyes victims has included a girl named Julie Harris who disappeared in Colville in 1996 – her prosthetic feet were found a month after she vanished and her remains came to light in 1997. Keyes was in the area when Harris went missing but denied any involvement. Keyes has also been posited as responsible for other unsolved crimes, such as the murders of 56-year-old Mary Cooper and her 27-year-old daughter Susanna Stodden, who were shot while hiking in Washington state in 2006.

Keyes also said he'd next intended to leave Alaska and travel through storm-ravaged regions to find new victims while working as a contractor. He'd dreamt of later building a house where he could imprison his victims.

While in custody, Keyes shared some details about his crimes with investigators, though he seemed to take pleasure in limiting the flow of information. He also expressed his desire for a quick execution date, saying he dreaded languishing behind bars for years and he didn't want his mother or his daughter to suffer because of his crimes. Keyes offered details about the Currier killings as a bargaining chip with law enforcement.

Keyes committed suicide in his Anchorage jail cell on the night of December 1, 2012. Despite warnings not to provide Keyes with a razor blade, he had been given one. He slit his wrist and also strangled himself with a sheet while lying in bed. His body was not discovered until the morning of December 2.

His mother, four sisters, and three brothers-in-law were the sole attendees at Keyes' funeral on December 8, 2012.

Keyes' last interrogation session took place a few days before his suicide. Some of his interrogation recordings have been shared with the public.

In 2000, Keyes became involved with a woman who lived on the Makah Reservation in Washington. Their daughter was born circa 2001.

In 2007, Keyes moved to Alaska to live with a nurse practitioner he'd been dating.