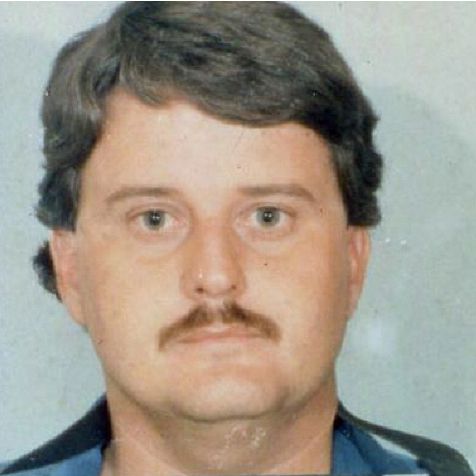 Who Was Bobby Joe Long?

Born in West Virginia in 1953, Bobby Joe Long endured a troubled childhood. In the early 1980s, he raped dozens of women after using newspaper ads to find victims. He began an eight-month killing spree in 1984, and was arrested that November after allowing one potential victim to go free. Long received two death sentences, but his execution has been delayed by several appeals.

Robert Joseph Long was born on October 14, 1953, in Kenova, West Virginia. Parents Louella and Joe split when Bobby Joe was a young boy, and he spent most of his childhood with his mother in Florida.

Long's early years were marked by troubling incidents: He failed the first grade, and was injured in a couple of accidents. He also developed a hatred for women, beginning with his mother, Louella, who worked in a bar, often wore racy clothing to work and brought different men home with her. Making matters worse, he shared a bed with her until he was 12 or 13 years old.

Long met his future wife, Cynthia, at age 13. They married in 1974 and soon had two children, but the stress of parenthood added a level of volatility to the marriage. Additionally, around this time, Long was involved in a serious accident: He was hit by a vehicle while riding his motorcycle, and was subsequently hospitalized for several weeks. Cynthia later claimed that Long's temperament changed following the accident; while he was always short tempered, he became physically violent with her and impatient with their children. Long had also developed a strangely overt, compulsive and often dangerous sex drive—crime analysts would later attribute his violent character to a sexual obsession, labeling him as a sexual sadist.

When Cynthia filed for divorce in 1980, Long moved in with a female friend, Sharon Richards, who would later accuse him of rape and battery. In the fall of 1983, Long was charged with sending an inappropriate, sex-infused letter and photographs to a 12-year-old Florida girl, earning him a short jail sentence and probation.

During this time, Long also made the criminal leap to becoming a rapist. His method was to scout out "For Sale" signs on houses and hunt through classified ads for furniture and other items, leading to an opportunity to enter an unsuspecting woman's home and force himself on her. According to police, Long committed more than 50 rapes during this period.

By the spring of 1984, Long had made another criminal jump: He committed his first murder. Initially just looking to fulfill his sexual needs, Long picked up a young prostitute named Artis Wick in March 1984. After assaulting and raping Wick, he decided that he wasn't fulfilled, so he strangled and killed her.

In May 1984, while driving on Nebraska Avenue in Tampa, Long spotted a young woman walking named Lana Long. He pulled up to Lana and offered her a ride, which she accepted, but he soon pulled his car off the road and took out a knife. When Lana began screaming and attempting to fight Long, he tied her up and drove to a more remote road, where he raped and strangled her. According to police, Lana Long's body was found face down a few days later, her hands bound behind her back and her legs spread far apart (officers measured five feet from one heel to the other).

Long's next victim was Michelle Simms, a 22-year old prostitute. After luring her to his car, Long beat and raped her, before slashing her throat repeatedly. Detectives connected Simms's murder to Lana Long's when the same material—a red nylon fiber—was found on both women. Police then discovered Long's fourth victim, Elizabeth Loudenback, some 17 days after she was killed. Loudenback's body was badly decomposed when detectives found her; she was lying on her back, fully clothed. According to police, Loudenback was different from Long's other victims, as she was not a drug user, prostitute or stripper.

Long's fifth victim, a young prostitute named Chanel Williams, had been walking along a Tampa street when Long picked her up. After raping and attempting to strangle Williams, Long pulled out his gun and shot her in the neck. Two more murders followed, with police soon finding the bodies of Karen Dinsfriend and Kimberly Hopps.

In early November 1984, Long spotted 17-year-old Lisa McVey on her bicycle in northern Tampa. After dragging McVey to his car, he forced her to perform oral sex and then brought her to his apartment, where he raped her repeatedly, and even showered with her. However, unlike his other victims, Long let McVey live after treating her like a sex slave for more than 24 hours. It was McVey's testimony that would finally lead police to Long.

After releasing McVey, Long killed two more women, Virginia Johnson and Kim Swann. However, McVey had provided a brief description of her assailant and his car, and on November 16, 1984, Long was arrested at a movie theater not far from his Tampa home. The mysterious red fibers, which had helped police connect the murder victims, was found to match the interior carpeting of his car. Once in custody, Long was also connected to the recently discovered murder of Vicky Elliot.

In April 1985, Long was convicted of first-degree murder in the Virginia Johnson case and was sentenced to death. Later that year, Long pleaded guilty to eight Hillsborough County murders. (Wick's body wasn't found until several days after Long's arrest, and because Long had not pleaded guilty to murdering Wick until long after submitting his original confession, he was never formally charged with her murder.)

Long was convicted of the other eight murders in Hillsborough County, among several other charges. He was handed more than two dozen life imprisonment sentences and, in the summer of 1986, was sentenced to death by electrocution for the murder of Michelle Simms. While Long confessed to committing 10 murders, he alluded to the possibility of others during police interviews.

Long was executed by lethal injection on May 23, 2019. The execution was witnessed by McVey, who sat in the front row. “I wanted to be the first person he saw,” she said.