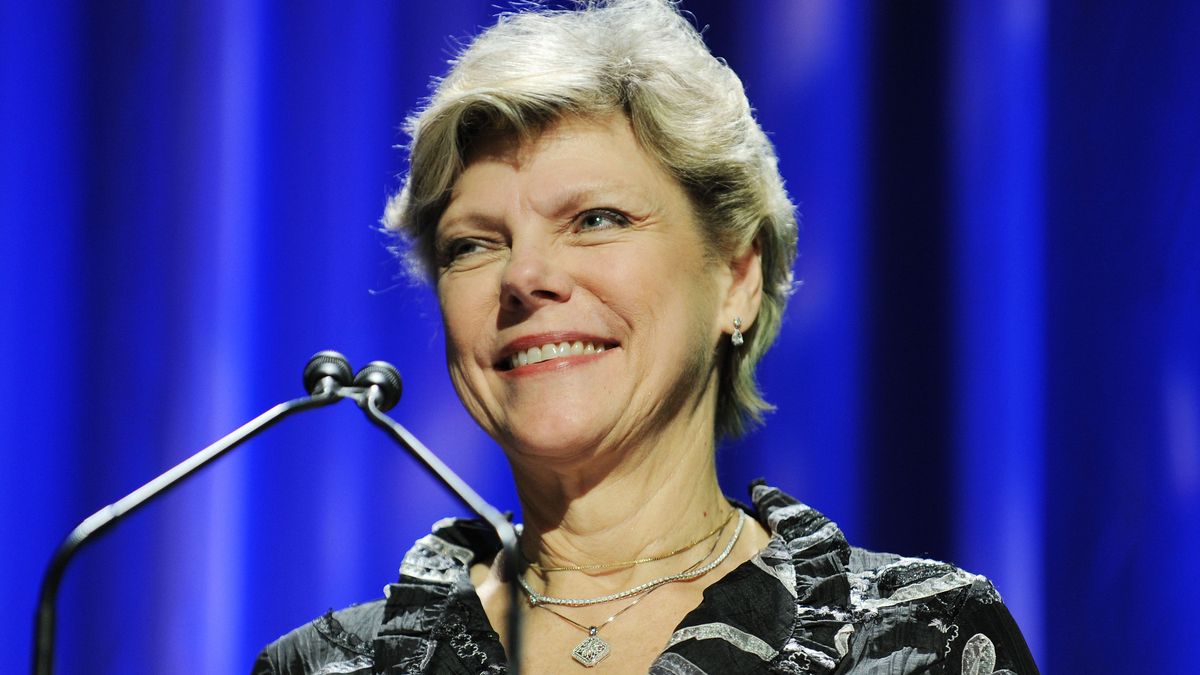 Cokie Roberts, a trailblazer for women journalists who covered American politics for decades, died September 17, 2019, from complications of breast cancer. She was 75.

Roberts paved the way for women to be taken seriously in journalism at a time when the industry was dominated by men. With her insightful reporting, she won three Emmys; was inducted into the Broadcasting and Cable Hall of Fame; was named one of American Women in Radio and Television’s 50 greatest women in the history of broadcasting; and was honored as a “Living Legend” by the Library of Congress.

Dedicated to covering the role of women in American history, she was also a historian and New York Times bestselling author who wrote books on the subject, including Ladies of Liberty: The Women Who Shaped Our Nation and Founding Mothers: The Women Who Raised Our Nation — the latter which was turned into an original History Channel documentary Founding Mothers With Cokie Roberts in March 2005.

Fittingly, she herself was considered a founding mother of National Public Radio (NPR) — along with Nina Totenberg, Linda Wertheimer and Susan Stamberg — where she worked starting 1977. In 1988, she moved to ABC News, but still retained a part-time position at NPR, which she held until her death.

Born Mary Martha Corinne Morrison Claiborne Bogg in New Orleans on December 27, 1943, she earned the nickname Cokie as a child from her older brother Thomas who had a hard time saying her name Corinne.

Roberts grew up a political household, with both her parents serving in Congress. Her father Thomas Hale Boggs Sr. was the House Democratic majority leader and Congressman for more than 30 years until he went missing on a flight in Alaska in 1972. Her mother Lindy Claiborne Boggs took his seat until the end of 1990. Her siblings also made their way into politics, with her brother Thomas Boggs Jr. as a lobbyist and her sister Barbara Boggs Sigmund as the mayor of Princeton, New Jersey.

While she did study political science at Wellesley College, graduating in 1964, she veered away from her family’ footsteps by covering politics as a journalist. “I have always felt semi-guilty about it,” she told The Washington Post about not entering politics. “But I’ve sort of assuaged my guilt by writing about it and feeling like I’m educating people about the government and how to be good voters and good citizens.”

During her tenure at ABC News, she co-anchored This Week with Sam Donaldson from 1996 to 2002 and continued contributing to the show as a political commentator and chief congressional analyst.

As a mainstay of political journalism for decades, Roberts always appreciated her unique position. “It is such a privilege – you have a front seat to history,” Roberts told Kentucky Educational Television in 2017. “You do get used to it, and you shouldn’t, because it is a very special thing to be able to be in the room… when all kinds of special things are happening.”

Despite her passion for her career, foremost in Roberts’ life was her family. She married fellow journalist Steve Roberts in 1966, who she met while in college at a political event. “I knew what an extraordinary person Cokie was,” he said in a 2017 interview with The New York Times. “I was bowled over by her enormous intellect and that has been part of our lives throughout our relationship.”

The official statement of the family reads: “Her values put family and relationships above all else. She is survived by her husband of 53 years, journalist, author and professor Steven V. Roberts, her children Lee Roberts and Rebecca Roberts, her grandchildren Regan, Hale and Cecilia Roberts and Claiborne, Jack and Roland Hartman, along with numerous nieces, nephews, and cousins. She is also survived by friendships and by causes that she put her time, resources and energy into that are too numerous to count.”