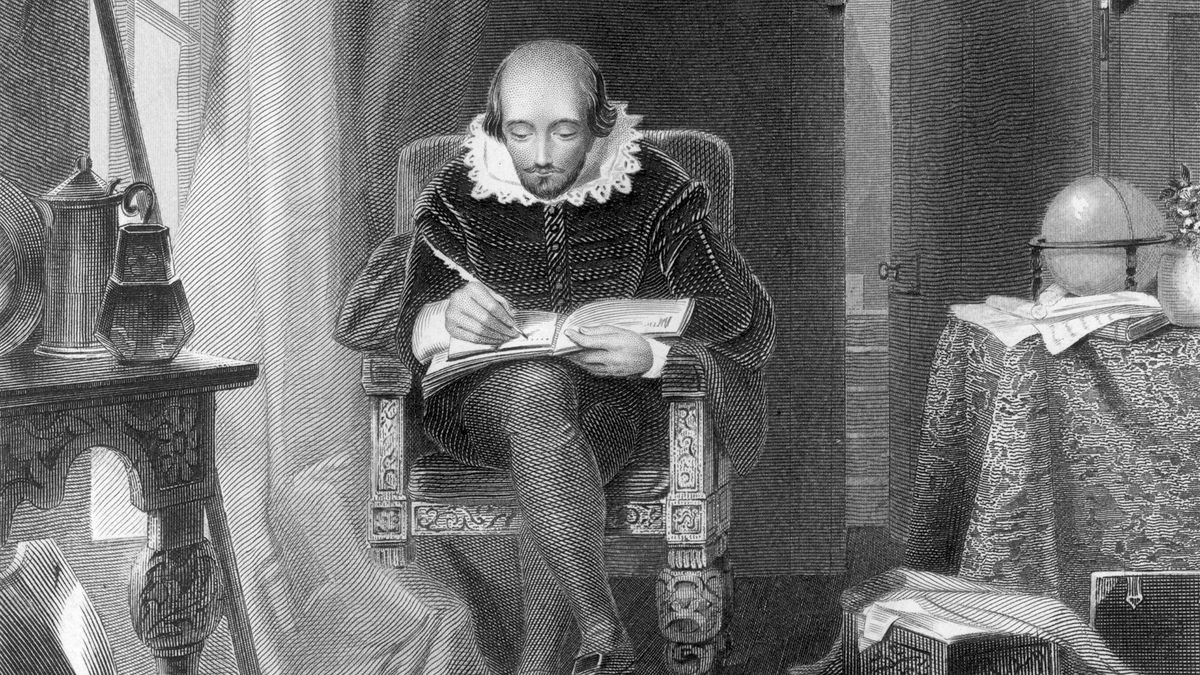 He was the greatest Western playwright of all time. His plays are still burned in our cultural memory and performed the world over. But William Shakespeare (1564-1616), the man, has remained an elusive figure. He left behind little documentation — no letters, no handwritten manuscripts, few contemporary accounts, and only six signatures, all spelled differently. In the words of Charles Dickens: “The life of Shakespeare is a fine mystery, and I tremble every day lest something should turn up.”

Since Shakespeare’s time, some critics and scholars have been unable to believe that a country boy from Stratford-Upon-Avon, who never went to University, could be the same man who used 37,000 words in his plays and added around 300 words to our vocabulary. Operating under what John Walsh called in The Independent the “snob logic theory,” for centuries scholars have attempted to find more learned men who better fit their noble vision of Shakespeare.

However, numerous allusions and slights to Shakespeare’s humble origins can be found in contemporary references. According to Shakespeare biographer Peter Ackroyd, pamphleteer Robert Green derided Shakespeare as a “country-author.” Shakespeare’s number one frenemy, playwright Ben Jonson, was forever mocking what he saw as Shakespeare’s pretensions to grandeur and playwright Francis Beaumont dissed his parentage:

Another payre you shall see, that were heire apparent legges to a Glover, these legges hope shortly to bee honourable.

Even Jonson’s eulogy of Shakespeare in the First Folio of his plays, published in 1623, made reference to his relatively poor education:

And tell how far thou didst our Lyly outshine, Or sporting Kyd, or Marlowe's mighty line. And though thou hadst small Latin and less Greek,From thence to honour thee, I would not seek.

READ MORE: Was Shakespeare the Real Author of His Plays?

These slights have been fueled by basic misconceptions about Shakespeare’s childhood and life. Born in 1564, his father was not an illiterate butcher as is often reported, but a successful glover, landowner and moneylender who held local government offices.

When critics ask how a man who never went to college could know so much about things like the law, court life and medicine, Ackroyd notes that Shakespeare learned as he went. For example, after his daughter Susanna married a doctor, we find many more references to medical practices. Most of his plays were also based on existing stories, which any working actor like Shakespeare would have learned over the years.

He kept his professional and home life separate

It also seems that Shakespeare offered little information about himself to his contemporaries. He appears to have kept his professional life in London and his home life as a prosperous landowner in Stratford radically separate. This secretive attitude may have been because much of his family were known Catholic sympathizers and chose to live quietly in Protestant Elizabethan England. In fact, some believe Shakespeare himself received Catholic communion on his death bed.

"He was, indeed, honest and of an open and free nature,” Jonson wrote of Shakespeare. As Ackroyd notes, Shakespeare was probably affable and vague, not a rabble-rouser or trouble-maker like many of his contemporaries. He seems to have seen himself as a company man — a member of The Lord Chamberlain’s Men, and with them, a part owner of The Globe Theater. A few years before his death, he retired to Stratford where he died in 1616. As Mark Twain noted:

When Shakespeare died in Stratford, IT WAS NOT AN EVENT. It made no more stir in England than the death of any other forgotten theatre-actor would have made. Nobody came down from London, there were no lamenting poems, no eulogies, no national tears – there was merely silence and nothing more. A striking contrast with what happened when Ben Jonson and Francis Bacon, and Spenser and Raleigh, and the other distinguished literary folk of Shakespeare’s time passed from life!

All this has led many to believe the “Stratford man” was not the author of Shakespeare’s plays. “The first man explicitly to believe that Shakespeare's works were written by someone else was the Reverend James Wilmot (1726-1808), a Warwickshire clergyman who lived near Stratford,” William Rubinstein writes in History Today. “Wilmot's doubts were aroused by his inability to find a single book belonging to Shakespeare despite searching in every old private library within a fifty-mile radius of Stratford. He was also unable to locate any authentic anecdotes about Shakespeare in or around Stratford.”

Indeed, it is true that no books were listed in Shakespeare’s will. It is also curious that the First Folio, compiled by his theatrical colleagues, makes no mention of his Stratford family.

READ MORE: Did William Shakespeare and Queen Elizabeth I Ever Meet?

Decades after Shakespeare's death, other candidates were hypothesized as the "real" author

The first candidate as the “real” author of Shakespeare’s work was the statesman and philosopher Sir Francis Bacon (1561-1626). Subsequent candidates have included Edward De Vere, 17 Earl of Oxford (1550-1604), a Cambridge trained lawyer and successful poet who had his own theater company. Some point to Christopher Marlowe (1564-1593), the rapscallion rebel playwright who the historical Shakespeare no doubt knew. Another choice is Mary Sidney Herbert, Countess of Pembroke, a 17-century poetess and literary grand dame.

However, these choices fall apart upon closer inspection and were all made decades after Shakespeare’s death. “No one in Shakespeare's lifetime or for the next 200 years questioned that he wrote the plays (although this has been disputed by unorthodox biographers),” Rubinstein concedes in History Today, “and several of his contemporaries, most clearly Ben Jonson, appear to have regarded the Stratford man as having written them.”

READ MORE: What are Shakespeare’s Most Famous Quotes?

However, the playwright did leave some subtle clues

Shakespeare’s funerary monument, erected shortly after his death in Stratford, offers us some clues that the “Stratford man” and Shakespeare were one and the same. Not only does his likeness look like the etched portrait in the First Folio, but the epitaph is classic Shakespeare wit:

Good friend for Jesus sake forbeare, To dig the dust enclosed here. Blessed be the man that spares these stones, And cursed be he that moves my bones.

“Perhaps it’s time to shift our attention from debating who wrote Shakespeare’s works,” historian James Shapiro writes, “to whether it’s possible to discover the author’s emotional, sexual and religious life through them.”

And what would the real Shakespeare think of the mystery that now surrounds his life? He’d probably be amused, and glad he is an enigma. After all, “the play’s the thing.”