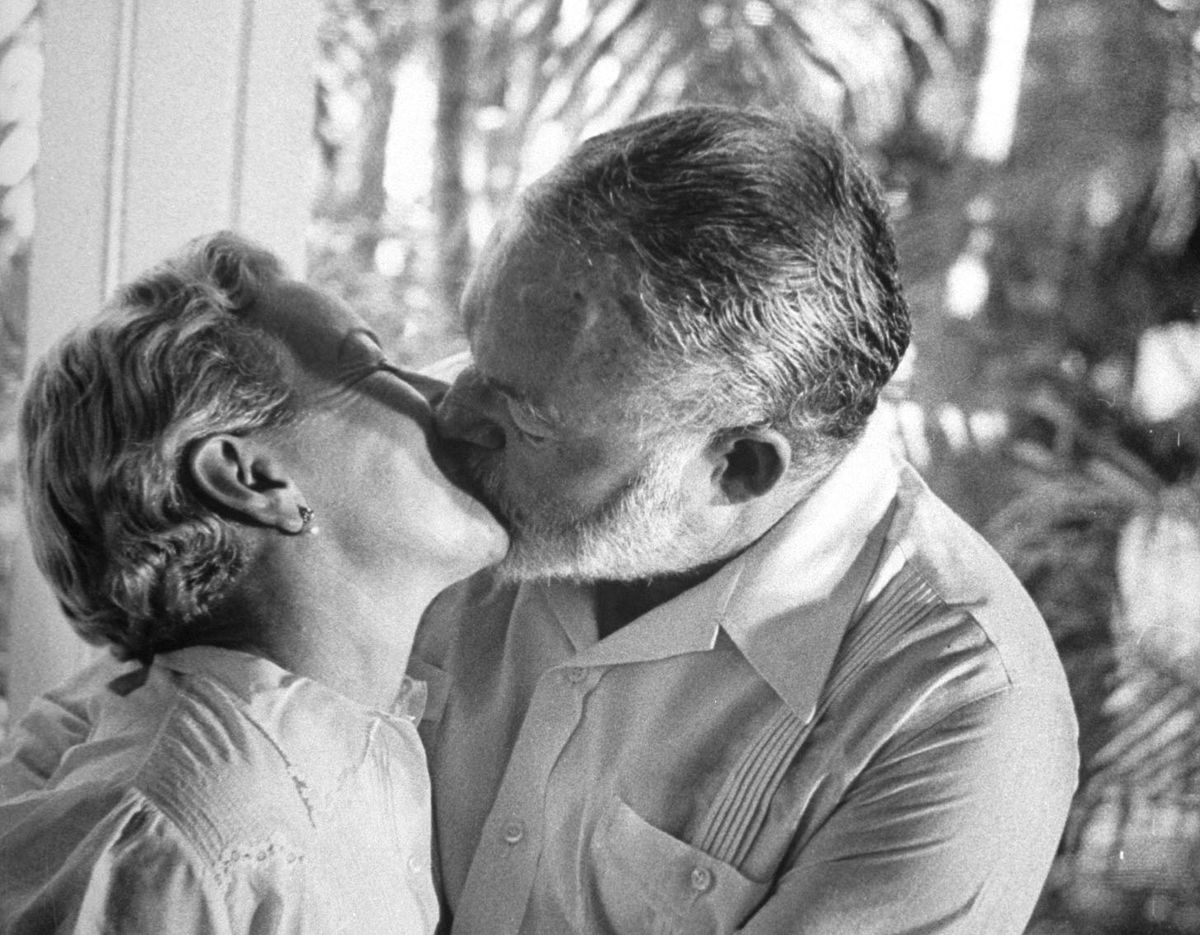 "I don’t mind Ernest falling in love," Ernest Hemingway's second wife, Pauline Pfeiffer, wrote of the literary giant, "but why does he always have to marry the girl when he does?"

That's a question that Hemingway took to his grave.

Before he ended his life with a gunshot to the head in July 1961, Hemingway had four wives who were remarkable in their own right: Hadley Richardson, Pauline 'Fife' Pfeiffer, Martha Gellhorn and Mary Welsh. Having the unique experience of loving this talented, complicated and erratic man — fourth wife Welsh referred to each of her predecessors as graduates of "the Hemingway University" — some of the women even managed to form a bond with one another.

Here's a look at the four wives behind the gifted, tortured novelist: 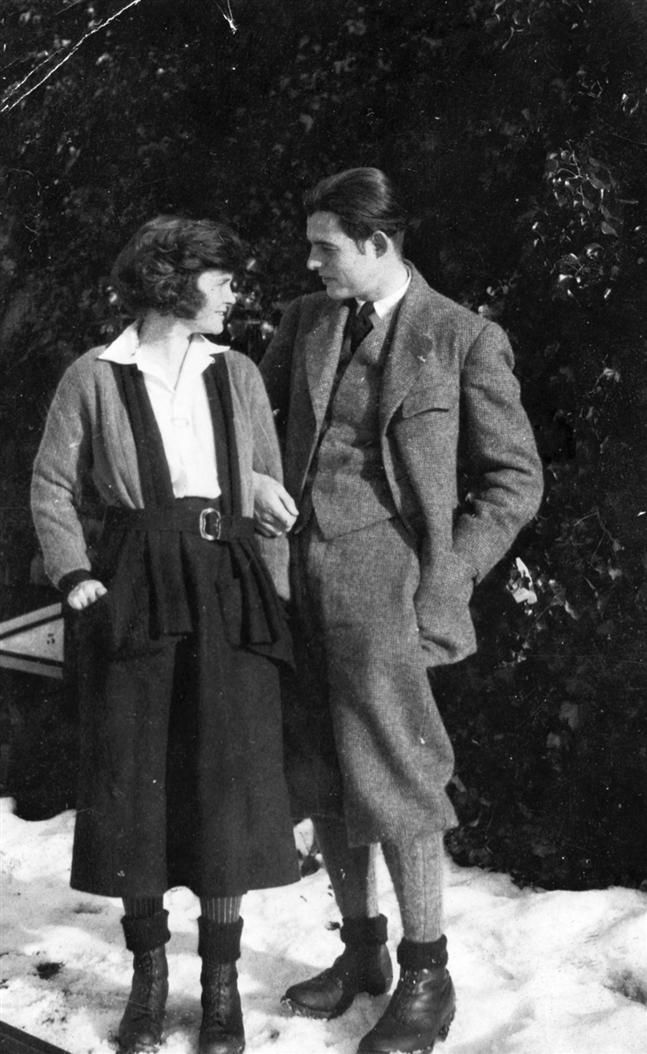 Born in 1891 in Missouri, Hadley Richardson was a gifted musician who spent most of her 20s taking care of her ailing mother. Her father, who had worked in the pharmaceutical industry, had committed suicide in 1903 — the same fate that would end Hemingway.

When Richardson and Hemingway met at a party in Chicago in 1920, the two had instant chemistry, despite Richardson being eight years his senior. While her appearance was unremarkable, she made up for it in sensuality. Added to that, she reminded Hemingway of the nurse he fell in love with while recuperating from his battle wounds during World War I.

In less than a year, the couple married and took off to Paris, encountering a who's who of famous writers such as James Joyce, Ezra Pound and Gertrude Stein.

Living off of Richardson's modest trust fund, the couple lived in Paris for about two years before moving to Toronto, where Hemingway worked for the Toronto Star. Around this time, Richardson gave birth to their son, Jack, whom they nicknamed "Bumby."

Bored with journalism, Hemingway longed to return to Paris to focus on his writing, and so the family of three found their way back to the City of Lights. Within a year of their return, they met a young, savvy journalist, Pauline "Fife" Pfeiffer, who would become Hemingway's second wife.

Richardson and Pfeiffer became such close friends that the former had the younger woman accompany her and Hemingway on vacation.

“It would be a swell joke on tout-le-monde if you & Fife & I spent the summer at Juan-les-Pins,” Richardson wrote to Hemingway in the spring of 1926, knowing by then that he and Fife were having an affair.

But Richardson couldn't play third wheel for long. The arguments between the couple began to grow, and that fall, she asked for a divorce, which was finalized in January 1927. The couple's marriage lasted six years. By that spring, Hemingway and Pfeiffer were married.

Hemingway would later romanticize his marriage with Richardson in his novel, A Moveable Feast.

Born in 1895 in Iowa, Pauline "Fife" Pfeiffer was an accomplished journalist who wrote for Vogue in Paris. Unlike Richardson, Pfeiffer came from a very wealthy family and had a flair for fashion, sporting the latest trends while living in a chic Parisian flat off the Right Bank. As a "career girl" — a new concept at the time — Pfeiffer was ambitious, curious and possessed a great editorial eye, which she utilized when giving feedback on drafts of Hemingway's first novel, The Sun Also Rises.

Considered the most reviled of Hemingway's wives, Pfeiffer has been referred to as the "devil in Dior" as well as a "determined terrier" who was set on snatching Hemingway from his kind-hearted first wife. Even Hemingway himself vilified her in his novel A Moveable Feast, claiming that she had "murdered" his relationship with Richardson by using the art of seduction.

Regardless of how history views her, Pfeiffer remained Hemingway's wife for 13 years — his second-longest marriage. Through her wealth, she had purchased the couple's home in Key West, Florida, starting in the late 1920s and gave birth to their two sons, Patrick and Gregory.

A decade later, Hemingway was able to carry his share of financial responsibilities, as he had become one of the wealthiest writers in the world. But by then, he had become entranced by another ambitious journalist, Martha Gellhorn, who had befriended the Hemingways in the late 1930s.

Just like Pfeiffer had befriended Hemingway's first wife and then became "the mistress," Gellhorn would do the same to Pfeiffer.

Perhaps the most career-oriented of Hemingway's wives was Martha Gellhorn. Born in 1908 in Missouri, Gellhorn was a novelist and war correspondent who covered every major international conflict in the six decades she worked as a journalist.

Gellhorn had met Hemingway in Key West at his beloved Sloppy Joe's restaurant in 1936. Blonde, witty, aristocratic and smart as a whip, Gellhorn connected easily with the famous author, discussing politics, war and her travels abroad. She befriended Pfeiffer, with the latter allowing her to spend two weeks sunning in the Hemingways' garden.

“You are a fine girl and it was good of you not to mind my becoming a fixture, like a kudu head, in your home,” Gellhorn later wrote Pfeiffer.

By the time Gellhorn left Key West, Hemingway was mesmerized by her and eventually followed her to New York, where he called her constantly from his hotel, claiming he was "dreadfully lonely." As Pfeiffer stewed back in Key West, Gellhorn and Hemingway were off covering the Spanish Civil War together — and falling in love.

It was the beginning of the end of Hemingway and Pfeiffer's marriage, although it took some time before they decided to make their divorce official in 1940. Just 16 days after they parted ways, Hemingway married Gellhorn, but their union would be the shortest of all his marriages, lasting only a handful of years.

One of the contributing factors that caused tension between the couple was Gellhorn's long absences as she traveled the world to cover the news. Hemingway was apparently resentful of this, writing her in 1943: "Are you a war correspondent, or wife in my bed?"

To say the least, their marriage was unconventional and competitive, and for whatever his reasons, Hemingway began playing the field again. Soon, Gellhorn would find herself in the exact same position as Pfeiffer: She was now playing the role of ex-wife-to-be while Hemingway's new mistress, journalist Mary Welsh, waited in the wings.

Gellhorn and Hemingway divorced in 1945.

Born in 1908 in Minnesota, Mary Welsh was a journalist on assignment in London when she met Hemingway in 1944. Unlike Gellhorn, who carried herself with sophistication and was just as or even more ambitious than Hemingway, Welsh was considered bourgeoisie and quite content with letting her lover steal the limelight.

Both were married to other people when they met, and both decided to end those relationships for each other. For Hemingway, it would be his fourth time down the altar while for Welsh, her third. In March 1946, the two wed in Cuba, and that same year, Welsh experienced a miscarriage. The couple lived in Cuba for over a dozen years and during that time, Hemingway fell in love with a young Italian woman, which would permanently damage his and Welsh's relationship. In 1959, the couple moved and settled in Ketchum, Idaho.

As Hemingway's mental health declined, Welsh signed the forms that allowed him to get shock treatments in 1960. They were no help. By the next summer, Hemingway committed suicide in the foyer of their home with a gunshot to the head.

Riddled with guilt over his death, Welsh drank heavily but still managed to serve as his literary executor for his posthumous works, which included A Moveable Feast and The Garden of Eden.

Out of all of Hemingway's marriages, his and Welsh's union turned out to be the longest: 15 years.