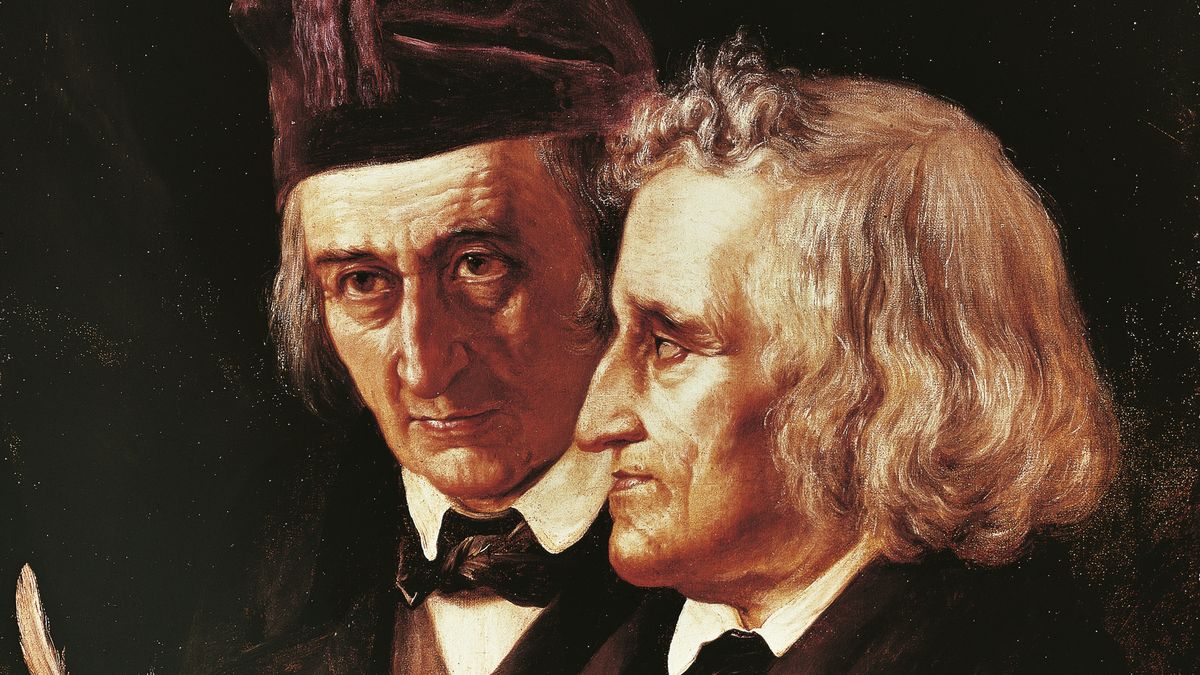 Wilhelm Grimm and his older brother Jacob studied German folklore and oral traditions, publishing a collection of stories eventually known as Grimms’ Fairy Tales which includes narratives like Briar Rose and Little Red Riding Hood. Several of the brothers' tales have been adapted into successful TV shows and movies. Although the duo is famous for sharing the classic tales bearing their name, here are five facts that you might not have known about them:

Despite the fact that Jacob and Wilhelm are often associated with Snow White and Rapunzel, the brothers didn’t actually write any of those stories. In fact, the stories existed long before the two men were born in Germany in the mid 1780s. The fairy tales, in fact, were part of a rich oral tradition − passed down from generation to generation, often by women seeking to pass the time during household chores. But as industrialization took root, local traditions changed and scholars, like Jacob and Wilhelm, began a quest to save the stories from extinction. They interviewed relatives and friends, collecting whatever tales they could, sometimes embellishing them (although they insisted they did not). In 1812, Jacob and Wilhelm published the stories as part of a collection titled Nursery and Household Tales, or what is now referred to as Grimm’s Fairy Tales.

The stories were not intended for kids

Originally, Grimm’s Fairy Tales were not meant for children. The stories routinely included sex, violence, incest and copious footnotes. Worse yet, they didn’t even have illustrations. Initially aimed at adults, the early editions of Nursery and Household Tales contained remarkably dark elements. In its original version, for example, Rapunzel gets pregnant by the prince after a casual fling. In Cinderella, the stepsisters cut off their toes and heels to try to fit into the slipper. These sorts of scenes (and many others) were eventually revised once the stories became popular among children.

In 1830, King Ernest Augustus demanded oaths of allegiance from all professors in Gottingen, a university city where Jacob and Wilhelm taught Germanic studies. The brothers refused to pledge to the king and, along with five other professors, the “Gottingen Seven” were made to leave the city. Jobless and branded as political dissidents, the brothers were forced to borrow money from friends as they worked on their story collection.

The Grimm’s collection of fairy tales was in its 7th edition when Wilhelm died in 1859. By that point, the collection had grown to 211 stories and included intricate illustrations. Jacob − who had lived with Wilhelm and his wife − died in 1863. According to biographers, Jacob was deeply distraught after the death of his brother, with whom he had held a close bond throughout his life. Some claim their collection has only been outsold by Shakespeare and the Bible.

The Grimms worked on more than fairy tales

University-trained philologists (the study of language in historical texts) and librarians, Jacob and Wilhelm published more than fairy tales. They wrote books about mythology and published scholarly works on linguistics and medieval studies. They also worked on compiling an ambitious German dictionary, although both brothers died before they were able to finish the entry for the letter F.