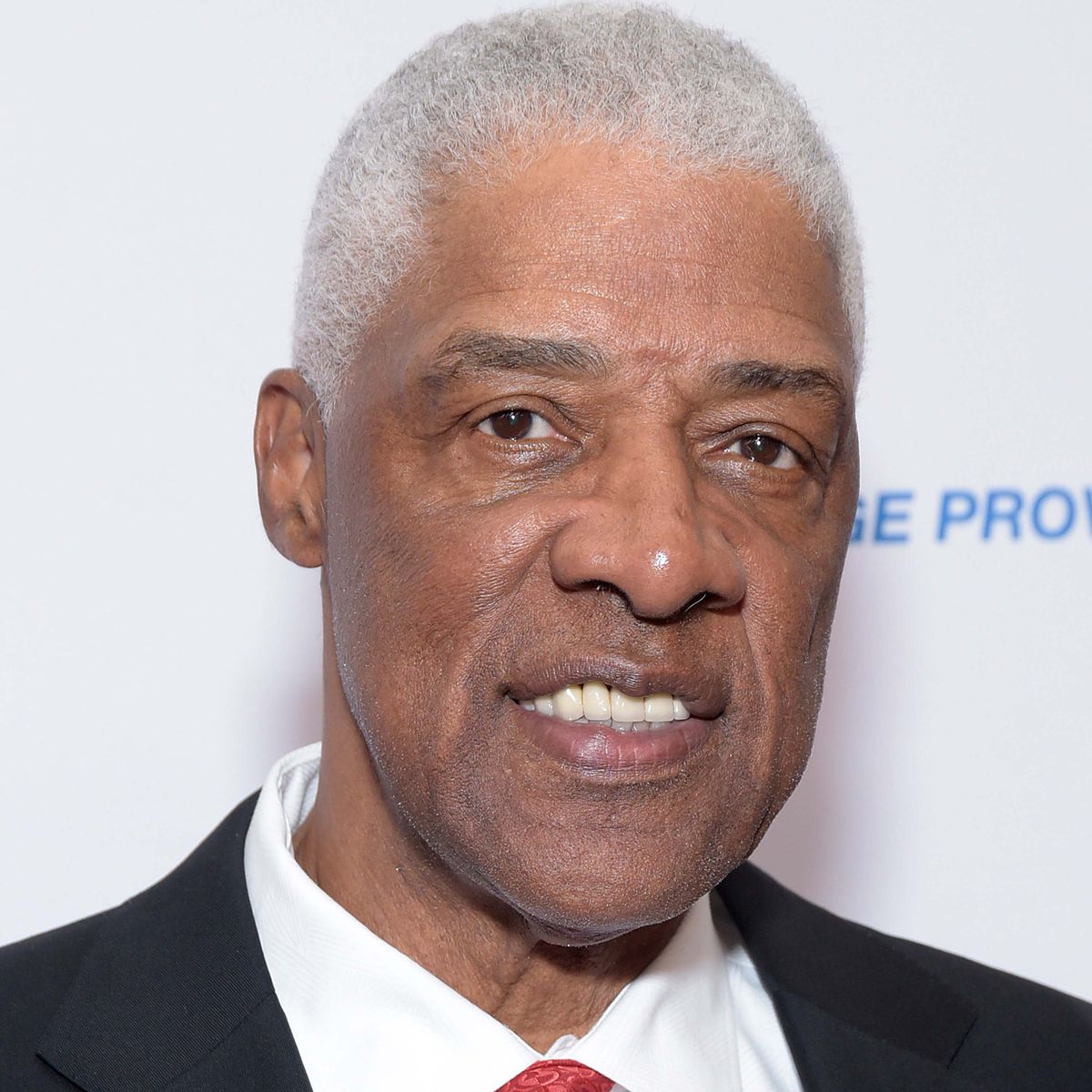 Who Is Julius Erving?

Julius Erving helped the New York Nets win the ABA championship in 1974 and 1976, before switching to the NBA and joining the Philadelphia 76ers. In 1983 he helped lead the club to a world championship. Upon retiring in 1987, he had played in more than 800 games, scoring an average of 22 points per game.

Born on February 22, 1950, in Roosevelt, New York, Julius Erving — called "Dr. J" by his fans — became known for his style and grace on and off the court during his 16-year professional basketball career.

He was a solid player at Roosevelt High School, where the nickname "Dr. J" is said to have originated. While the exact details of how he got the name are unclear, it's believed that a friend began calling him it because Erving had dubbed him "Professor." Erving liked the name and it stayed with him throughout his college and professional careers.

In 1968, Erving, who was not recruited by many big basketball programs, enrolled at the University of Massachusetts. He played just two seasons for the school—freshmen were ineligible to play varsity, and Erving left before his senior season—but he left his mark on the program. At Massachusetts, he averaged 32.5 points and 20.2 rebounds a game, one of only five players at the time to ever average more than 20 points and 20 rebounds a game.

In 1971 Erving left college and joined the Virginia Squires, of the American Basketball Association (ABA), as an undrafted free agent. Playing forward, he transitioned quickly to the pro game. That first year, Erving scored more than 27 points per game, and was selected to the All-ABA Second Team and the ABA All-Rookie Team.

In the spring of 1972 Erving's career took a complicated turn. Selected 12th overall by the Milwaukee Bucks of the National Basketball Association (NBA), he instead signed a contract with the Atlanta Hawks and joined the team for pre-season workouts. But the Squires quickly filed court papers requesting he be barred from playing in the NBA, and a three-judge panel agreed, ordering him back to the ABA.

Returning to his old league, Erving continued to be its biggest star. He played the 1972-73 season with the Squires, and then joined the New York Nets and steered the club to titles in 1974 and 1976. He also received the Most Valuable Player award for each of those seasons.

Admiration came not just for his scoring, but also for how he played the game. Quick and athletic, Erving took to the court with a game that featured graceful spins, dramatic jump shots and powerful slam-dunks. In 1976, his last year in the ABA, and the league's last year of existence, Erving won the ABA Slam Dunk contest, the first dunk contest any professional league had ever hosted.

When the ABA was folded into the NBA in 1976, the cash-strapped Nets sold Erving to the Philadelphia 76ers for $3 million. In Philly, Erving quickly helped transform the team into a perennial winner.

During the 1976-77 season, the 76ers buzzed through the playoffs to reach the NBA Finals, where the team fell to the Portland Trail Blazers in six games. After two straight years of reaching the NBA semi-finals, in 1980 Erving returned Philadelphia to the Finals, where the club lost to the Los Angeles Lakers and its rookie point guard, Earvin "Magic" Johnson.

While L.A. got the trophy, Erving nabbed the series' biggest highlight when, in Game 4, he glided past a series of defenders in midair, from one end of the hoop to the other, before softly putting the ball in the basket with an underhanded scoop. The play subsequently came to be known as the "Baseline Move."

"My mouth just dropped open," Johnson later recalled. "He actually did that. I thought, 'What should we do? Should we take the ball out or should we ask him to do it again?'"

The following season, despite earning MVP honors, Erving did not have enough of a supporting cast to bring his team back to the championship round. In 1982, after another heartbreaking loss in the Finals to the Los Angeles Lakers, the 76ers retooled the club's lineup, trading for Houston Rocket Moses Malone, for the upcoming season.

For Erving and his teammates, the 1982-83 season proved nearly flawless. After finishing the regular season with a 65-17 record, Philadelphia stormed through the playoffs, losing just once and finishing off the Lakers in the Finals with a four-game sweep.

The next few years, however, were less successful. With an aging roster, Philadelphia, anchored by forward Charles Barkley, started to transition to a younger club. Following the 1986-87 season, Erving retired. In all he was a member of 11 NBA All Star teams and played in more than 800 games. Between his NBA and ABA stints, Erving scored more than 30,000 points during his career.

In 1993 he was elected to the Naismith Memorial Basketball Hall of Fame.

Since stepping away as a player, Erving has continued to stay close to the game. He has worked as a sports analyst for the NBC television network and as an executive for the Orlando Magic. He has also pursued many other business opportunities.

Erving is the father of eight children. He married his second wife, Dorys Madden, in 2008. The couple has three children together.